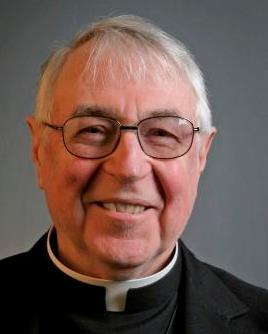 One of the most exciting developments of Pope Francis’ leadership is his priority on the parish and basic ecclesial communities, in contrast to the previous priority on the diocese. This all began with Vatican II.

One of the announced goals of Vatican II was to complete the unfinished business of Vatican I, which dispersed before the role of the bishops was examined in the context of Papal Infallibility. When Pope John XXIII announced the convocation of Vatican II, there were even a few bishops and theologians who were of the opinion that, with the definition of Papal Infallibility at Vatican I, there was no further need for the bishops to convene in ecumenical councils. According to their interpretation, the pope could do it all.

One of the great goals of other bishops at Vatican II was to reduce the role of some of the bureaucrats in the Vatican. These administrators thought they knew the mind of the pope better than the pope did. Pope John XXIII himself certainly expressed that view in his opening talk on October 11, 1962, when he accused certain of his daily helpers of being “prophets of gloom.”

Particularly in the Constitution on the Church, the role of bishops was thoroughly examined, and their collegiality in guiding the Church with the pope was expressed. This led, after the Council finished in 1965, to a certain preoccupation with the diocese over the parish. The “local Church” is the diocese, we are told many times in subsequent documents. Yet for the vast majority of Catholics, the most important level of their participation is the local parish or basic ecclesial community (BEC). (See below for the difference between a parish and a BEC).

One advance of Vatican II was to place the importance of every baptized Catholic before the hierarchy. It was a very deliberate move to speak of the “People of God” in chapter two of the Constitution on the Church, before chapter three, “The Hierarchical Structure of the Church, with Special Reference to the Episcopate.” It did take over 50 years for the post-Vatican II Church to even begin to work out the way in which the bishops and pope cooperate in governing the Church. But now that those first steps have been taken, Pope Francis has made no bones about elevating the place of the parish/BEC. He could not have done this without the firm foundation of ch. 2, that every baptized Catholic has an important and critical role in the Church, beginning in the parish.

In his letter “The Joy of the Gospel,” Francis puts the parish and basic ecclesial community before the diocese. “The parish is not an outdated institution; precisely because it possesses great flexibility, it can assume quite different contours depending on the openness and missionary creativity of the pastor and community.” In this long and beautiful paragraph 28, Pope Francis extols the parish. Then he begins #29 “Other church institutions, basic communities, small communities, movements, and forms of associations are a source of enrichment for the Church, raised up by the Spirit for evangelizing different areas and sectors.” The literature on BEC’s is immense; let us here simply say that, especially in Latin America, basic ecclesial communities arose as an alternative to parishes with huge physical plants, especially schools. They are viewed as rather small and intimate communities in which the lay people have a major role. Pope John Paul II, in his missionary encyclical Redemptoris Missio, #51, described BEC’s very positively.

Pope Francis still calls the diocese “the particular Church,” but only in #30, after he has examined the role of the parish/BEC. He constantly returns, in the entire letter, to popular piety, which occurs of course on the local, basic level: #’s 68-69, 115-118, and especially 122-26. He lashes out at “an excessive clericalism which keeps them [the laity] away from decision-making” (#102). Notice he doesn’t use the word “consultation,” but “decision-making.” (For the current examination of excessive clericalism, see my previous article “Vatican II and Anti-Clericalism: From Paul VI to Pope Francis, by Way of the Catacomb Pact“.)

When things change doctrinally, there is usually an accompanying liturgical change. The Sign of Peace, which existed only among the clergy in the sanctuary before Vatican II, now includes the people. The chalice, given formerly only to the bride and groom on their wedding day, now may be received by all the people. The Priesthood of the Laity, so explicitly taught in ch. 2 of the Constitution on the Church, is acknowledged, even as it struggles to put down deep roots. For more on the liturgy reflecting the greater role of the people, see John F. Baldovin, S.J., “The Liturgical Vision of Vatican II 50 Years After,” America, May 27, 2013, pp. 11-12.

Dr. Richard Gaillardetz, in a masterful presentation “Francis: Pope of the Council,” notes that Pope Francis often avoids using the term “laity,” and prefers the terms of Vatican II: “the faithful, the Christifideles, the Christian faithful”(p.4). Later Gaillardetz gives the deeply Biblical and theological reason:

Francis is calling all of us to be a listening Church; and it demands conversion. It demands conversion for the bishops, because they have to emphasize there is another teaching of the Council shockingly neglected in the five decades since Vatican II, Lumen Gentium (Constitution on the Church), #12: “Every one of the baptized is given a supernatural instinct for the faith–Latin, Sensus Fidei–through which they receive God’s word. They penetrate its meaning more deeply; they apply it more profoundly in their lives.” Francis has mentioned Sensus Fidei , on at least three different occasions (p. 10).

Gaillardetz’s talk is available at the website elephantsinthelivingroom.com. I highly recommend it.

One of the standard jokes which made its way around the American Catholic Church when bishops began urging pastors to have parish councils, concerned the parish office which had an interesting telephone recording. With the sound of shouting and breaking glass in the background, the recorded voice said “Father is at a parish council meeting; he’ll return your call as soon as the meeting is over.”

Pope Francis has not made it a secret that the Church is messy. And he prefers a messy Church, one whose “shoes get soiled by the mud of the street” (“Joy of the Gospel,” #24). Yes, there are some Christian faithful who are stubbornly ignorant of the fundamentals of human kindness, who will disrupt parish meetings and make incomprehensible demands on parish staff. Perhaps that only emphasizes that the presbyterate needs to be supportive of every member, and parish staff learn to deal with our human limitations.

May Pope Francis continue to emphasize the role of the parish in evangelization. May we all beg the Holy Spirit to help us work for the harmony which has been the task since Pentecost (“Joy of the Gospel,” 115-18). It has been a long journey since Blessed John XXIII opened Vatican II and the Council Fathers began to integrate the episcopacy with the papacy. In doing so, they returned to the basic and fundamental role of every baptized person. May the parish/BEC grow in importance.

Let us continue with trust on the journey.