Bro. Jason ROSSIGNOL is beginning his second year as a scholastic in San Antonio, Texas, USA. He spent the summer learning and practicing Spanish in the state of Oaxaca, Mexico. He sent his formators regular updates. What follows is his update of August 2, 2011.

I completed my mission time in Petatengo; it was a difficult mission, but in the end, very rewarding. There is a lot of hurt in the village, as a number of years ago, a group of Pentecostal Evangelicals moved in and a number of the people converted, bringing grief to many of the families. Then a few years later, the group experienced a schism which further damaged the people. Needless to say, many were weary of coming to church at first. I’ve been praying a lot to Joseph Gerard! But little by little I began to have conversations with the “outcast” members of the village. We talked mostly about the Lord´s loving attitude towards his beloved children, and I could hardly believe it but a single mom (unbaptized) felt called to convert! She will be baptized in October when the rainy season ends! My first spiritual daughter! 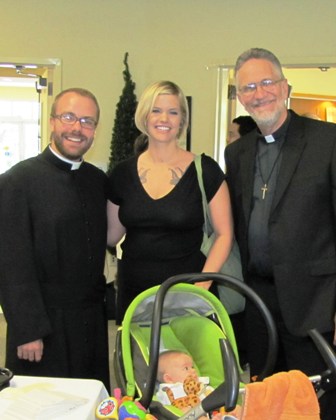 I also spent a lot of time with the farmers, visiting them in their fields (many of which were an hour or more away on foot) and they were grateful to have someone to visit them. I have to say that up until that point, I was feeling a bit dismayed at my abilities, but one of the men, Felix, gave me strength. “Brother it is good that you are here; no one has ever come out to our fields to bless our work before. I know you are frustrated with your Spanish but remember, many of us cannot even read enough to write our own names… be patient, we are happy that you are here.”

I also made a few excursions to the Sierra Alta to minister to some of the communities there. This meant a four to six hour hike through dense tropical forest as some of the communities are not accessible via vehicle and the roads that exist cannot be navigated during the rainy season. Those were long days, but I was always encouraged upon my arrival by the generosity of the people. I was always invited by the first family I encountered to join them for a meal and rest. But that got me thinking: here I was a weary stranger in their midst and I was not only invited into their homes but they would put all their food in front of me (everything they had so that I might be nourished) and how many of them have found themselves in a similar situation in the U.S., only to be treated as trash. To think of it breaks my heart. 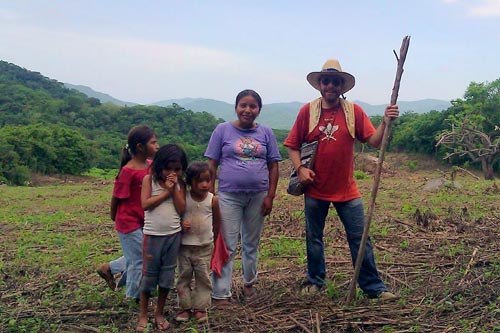 As difficult as this mission was, on my last day, everyone in the village came to church! The church was packed and people had to gather outside the windows and doors! I was moved to tears!

After that, I had a few days rest with the community in Huamelula. Community time is a precious commodity down here and we enjoy any moment we can manage together. Ariel MARTINEZ is very encouraging and has a joyful heart! The two Polish Oblates, Martin LACKI and Tomas SZAFRANSKI, are as well, and their Spanish is amazing… I take great delight in speaking Spanish to Poles!

This mission experience has taught me that ministry doesn´t always go according to plan (in fact my experience says that it rarely does) yet God is always secretly at work in spite of my own weaknesses and shortcomings (in fact many times he even works through them!). The key to it all though is definitely prayer! I´ve been preaching everyday at the communion services and have needed to spend a lot of time preparing. As a result I´ve been spending a lot of time with the daily Gospels and these encounters in another language, in another cultural setting have deepened my understanding and faith in their life-giving possibilities. The Lord is definitely at work here.