They’ve begun to talk about it in Aix-en-Provence and in the diocese of Aix & Arles: things are changing with the Oblates in Aix!

All those who rub shoulders with the Missionary Oblates know that the house is where they were founded. Just to remind you, Eugene de Mazenod bought part of a former Carmelite monastery to bring together there the youngsters from the Congregation of the Youth of Aix and to establish there the community of missionaries who would become, in 1826, the Congregation of the Missionary Oblates of Mary Immaculate. 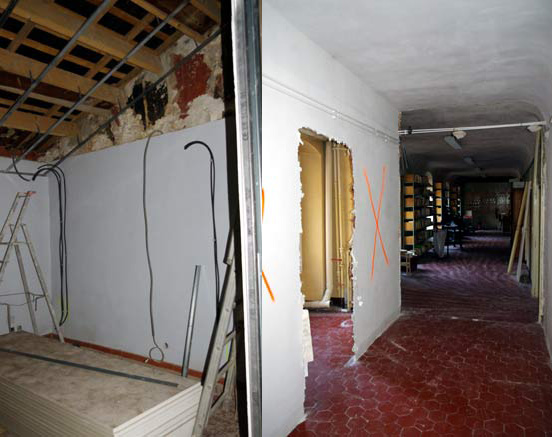 This place is now the birthplace of the Congregation and has a special place in the heart of the Oblates and the whole Mazenodian family. Given its importance, on December 7, 2011, we experienced the transition of the Aix community from the Province of France to the General Administration. As Fr. Paolo ARCHIATI, the Vicar General, said: “It’s the passing of the baton as in a relay race.” He added, “This movement is in the service of life…”

The remodeling is only a foretaste of the project. When the work is finished, a new intercultural community will animate a new place, at the service of individuals and groups, youth and adult, from France and from abroad, for periods of formation, the discovery of St. Eugene de Mazenod and the Mazenodian charism. 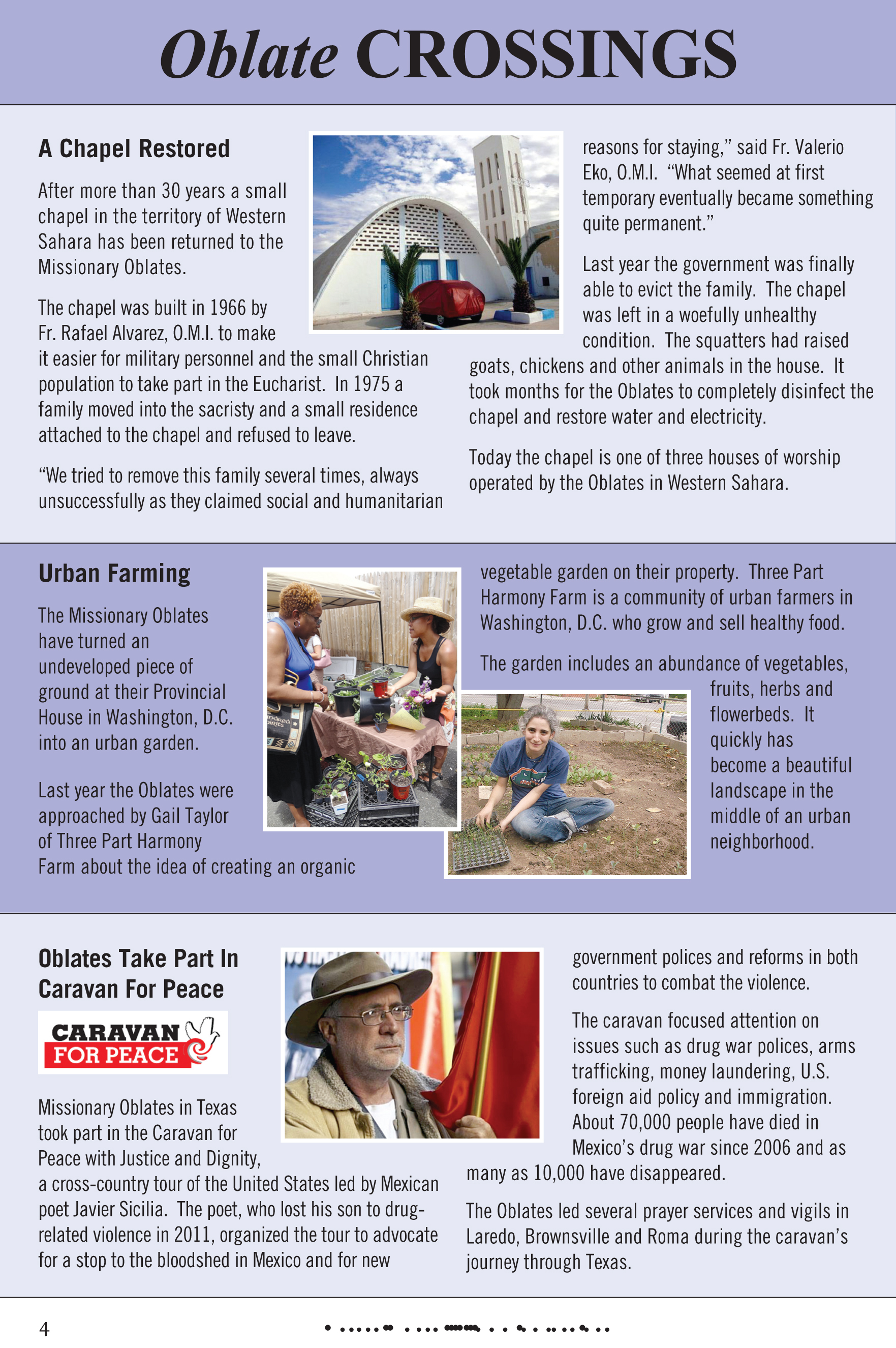 The realization of the project has been entrusted to an architect of Aix, Mr. Eric Ferment. The various sub-contractors have been chosen and all of these companies meet each Wednesday in the foundation room for a site meeting.
The work that has just begun is impressive, but take heart! When the work is finished, at the end of 2012, the building will be more functional and the patrimony will have been preserved and enhanced.
As was stated in the bulletin, OMI Information 518, January 2012, one consequence is the closing of the International de Mazenod Center throughout the construction period. Only a small community of three Oblates is living in the house of our foundation, so as to ensure a presence and promote a smooth operation of the building site.
The community invites the whole Mazenodian family to support this project with their prayers, first of all so that the members of the future community prepare themselves to give a “soul” to the “International Eugene de Mazenod Center” and that they therefore realize the desired goal of this renovation. And that the place radiate the Mazenodian charism for generations to come! (Benoît DOSQUET){jcomments on}
Tweet