Fr. Pierre BABIN, world-renowned author, professor and promoter of the media as a means of evangelization, died in Lyon on May 9, 2012, at the age of 87. 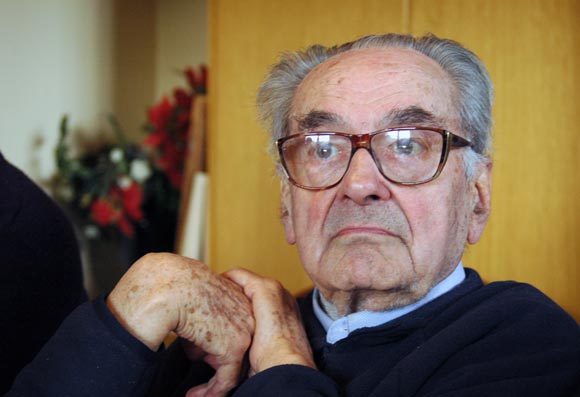 He had taught at universities in Lyon, Paris (France), Strasbourg (France), as well as St. Paul’s University, Ottawa (Canada) and the University of Dayton (Ohio) and St. Thomas University (Florida) in the United States. Internationally, he was known for his innovative vision for defining a new approach to catechesis in a media age. He founded an international research and training center in religious communications – CREC AVEX, Ecully (Lyon).

The work of Fr. Babin continues in France: a team of volunteers organizes sessions for the formation of seminarians, especially in Africa. For the past two years, sessions have taken place in Burkina Faso, in Togo, in South Africa and in Zambia. These sessions are supported and funded by the Society of St. Peter the Apostle. Another session, funded by CREC, was organized for the bishops of the Democratic Republic of Congo. These sessions utilize the symbolic method invented by Pierre Babin.

The website of the Talbott School of Theology in Los Angeles, California, has a brief biography of Fr. Babin in which it says: “As a man of faith, he was driven by a concern to communicate the message – the whole message of the Good News – to adolescents who are far more impressed by sights and sounds than by words. He embraced an adaptive stance to the changing media times with prophetic vision. He knew we have to break out of circles that confine our vision. It is impossible to enter into the digital world without breaking out of the print-oriented universe. One of Babin’s mantras has been ‘It is impossible to have a real intercultural communication in the electronic age without leaving your country and your kindred and your father’s house’ (Gen 12:1). Becoming a full person in the electronic age is not playing with the emerging new digital tools but being born to new depths of humanity for which our previous education has not prepared us. By 1975, he was one of the most acknowledged authorities in the Church on audiovisual catechetics. Still, early in the 21st century and in his early 80’s, he continued to query, explore and imagine the influence of social networking for communicating faith in a digital age.” (Pierre Babin by Angela Zukowski)