Show me your faith without works and I will show you my faith by my works.

In an environment of poverty such as Kinshasa, where people are dying of hunger and lack of medical care, where access to studies still is restricted to only a few, where the number of malnourished children is growing every day, the testimony of one’s faith must necessarily be translated into concrete actions of solidarity and the restoration of human dignity.

The presence of the Siloam Health Center in the Bumbu district on the outskirts of the capital, is trying to respond to this demand of justice, as well as of charity: we do not have much to share but what we have, we make it available to those who are poorest.

Since 2002, the center, run by the COMI (Oblate Cooperators of Mary Immaculate), has treated thousands of sick and malnourished persons, has birthed thousands of children (the average is 700 per year), always in precarious conditions, in rented locations that do not entirely fit the needs of a health center: a center in poor health to serve the poor, but with a serious commitment, with professional experience and a witness of service that have honored the charism of St. Eugene and COMI.

But the condition of the locales where we have operated for years has led us to dare and then, in spite of the limited means available, with trust in divine providence and the help of the Institute and of benefactors, we launched the venture of preparing a more comfortable and dignified center. 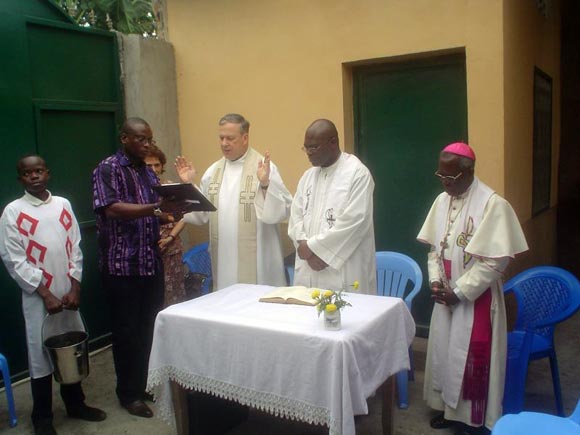 This year, we finally finished the construction of the new Siloam and on June 14, we had the joy of having it blessed by the Superior General of the OMI, Fr. Louis LOUGEN, on a visit to the Democratic Republic of Congo. It was a simple ceremony, in the presence of the COMI, some OMI from the province, Bishop Louis MBWOL, Bishop Emeritus of the Diocese of Idiofa, the staff that coordinates health care in the diocese of Bdom, the nursing staff of the center, and some patients. 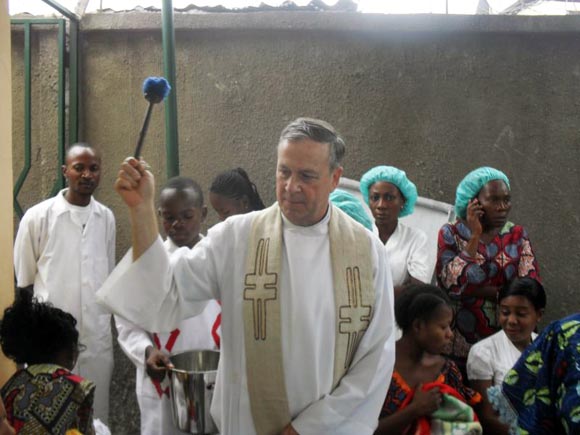 During the ceremony, a mother spontaneously gave her testimony, to highlight how it was in the Siloam Center that she felt welcomed and respected throughout her pregnancy (characterized by regular, periodic consultations) and during childbirth. 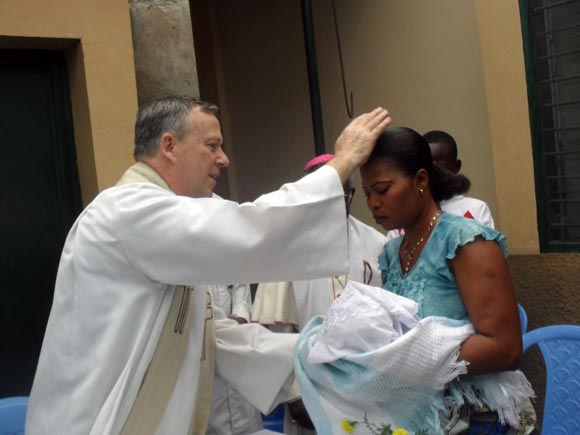 The Superior General expressed his pleasure at this service rendered by the COMI in a neighborhood where the OMI are also present in the parish of Christ the Savior. 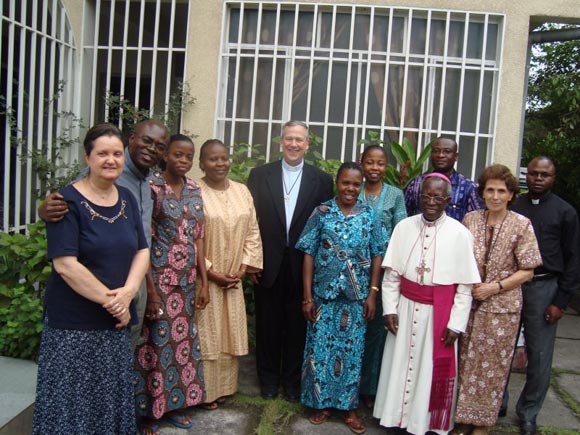 Then, on July 3, Fr. Lougen came back to the COMI community to learn more about the people who form this community and the Oblate spirit that animates them. (Antonietta Mongiò){jcomments on}
Tweet