If you called Brother Kasonde Musaba, OMI, a radical he would take it as a compliment. 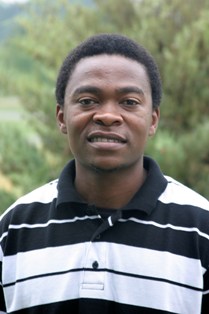 “I want the driving force in my life to be one where I make a positive difference in the lives of others,” said Bro. Kasonde. “It is important to rise above mediocrity and complacency in our own lives while helping others do the same.”

Brother Kasonde grew up in the town of Kasama in the northern portion of Zambia in a close-knit Catholic family. Sunday Mass was the highlight of his childhood, and he felt a calling to the priesthood as young as age seven.

In 2001 Bro. Kasonde contacted the Missionary Oblates of Mary Immaculate and was welcomed into the community. Today he is studying at the Oblate School of Theology in San Antonio, Texas.

Brother Kasonde has noticed that religious vocations are encouraged more in his homeland than in the United States. 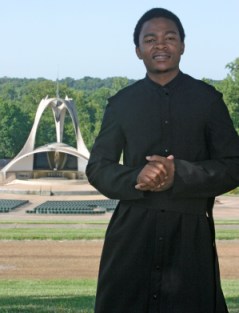 “Kids need to be encouraged to attend church and be invited to something deep in their lives,” said Bro. Kasonde. “Finding one’s calling happens in the context of prayer, and that is much more likely to happen in a church than out on a soccer field or baseball diamond.”

After finishing his studies in San Antonio, Bro. Kasonde will return to Zambia to complete his program of formation. He is following a calling he knows will challenge him to a radical life of service as a Missionary Oblate of Mary Immaculate.

To learn more about Oblates in Zambia click here.