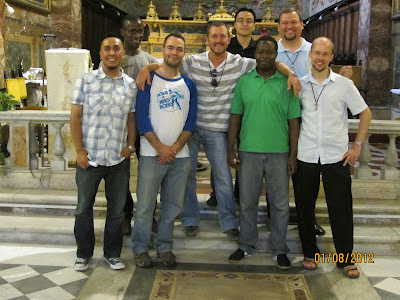 Each year, the Oblates’ European Formation Bureau sponsors a three-week “De Mazenod Experience” to help scholastics prepare for their final oblation. Usually held in Aix-en-Provence at the cradle of the Congregation, because of remodeling going there, this year’s program was held at the Provincial House of the Mediterranean Province in Frascati, just outside of Rome.

Fr. Frank SANTUCCI provided input on St. Eugene de Mazenod and the charism of the Congregation. Offering reflections on the vows was Fr. Jeevendra PAUL, Grant Director at the General Administration. There were also presentations by Assistants General, Frs. Cornelius NGOKA and Gilberto PIÑÓN, plus a day spent with the Superior General, Fr. Louis LOUGEN. 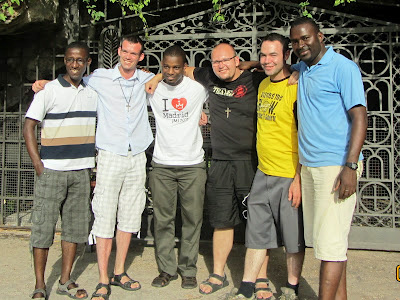 St. Eugene de Mazenod kept detailed diaries of his own visits to Rome. Visiting places described by the Founder, such as the room of St. Ignatius Loyola, and the churches where he was ordained a bishop and where he waited for news of the approval of the Constitutions and Rules were sacred moments for the young Oblates. They were also able to tour the General House and meet some of the Oblates who live there.