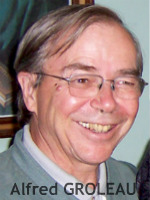 On May 19, 2012, the president of Kenya, His Excellency Mwai Kibaki officially opened a hospital in Isiolo. In the absence of Cardinal John Njue, president of the Episcopal Conference, the vice-chair of the conference presided Eucharist and the official blessing. Other bishops attended also, including the Apostolic Vicar of Isiolo, the Bishop Anthony Ireri, as well many priests from the vicariate and more than a thousand Christians and supporters. Among the guests of honour were Dr. Robert Walley, director of Matercare International, his wife Susan Walley, Normand Peladeau and Sheila Sullivan.

This event is newsworthy for Oblates because of the presence of the two Oblate Associates, Normand and Sheila, who shared in the life of the OMI Kenya Mission from 2006 to 2009. Also, the hospital itself is a significant achievement, considering the needs of this community.

In November 2009, Normand and Sheila returned to Canada. The following year, Normand was back in Kenya because of a contract with Dr. Walley of Matercare International to oversee the construction of this hospital in Isiolo. By the middle of 2010, Sheila joined him in Isiolo. In the late summer, they both returned to Canada because the project was held up. In early spring 2012, they were back. This time Normand is determined to complete his involvement in this project. Although the new hospital has been officially opened some final touch ups are needed.

The construction of this hospital responds to a great need. Isiolo is a town on the edge of the desert about 30 kilometers north of Meru. The apostolic vicariate of Isiolo covers an area of 25505 square kilometers, with an altitude varying from 1,104 meters above sea level to 1,697. The region is semi-arid with sandy soil covering the biggest area because of perennial drought. The pastoralists keep on moving from one area to another in search of water and pastures for the animals. The region suffers from extreme weather scenarios that hardly support crops; hence many depend on relief.

What services will this hospital provide? Maternity will be a priority. Kenya has one of the highest maternal mortality and morbidity rates in Africa. There are virtually no obstetricians. Inadequately trained nurses and midwives serve this vast central and northern region of Kenya where mortality rates are highest. The project is an attempt to reduce maternal mortality and morbidity. The base hospital in Isiolo has 8 obstetrical beds, 4 intensive care beds, 2 operating rooms, 4 delivery rooms, a small laboratory, a pharmacy, a kitchen and a laundry and 4 manyattas (traditional maternity waiting homes) close to the hospital with 2 beds. Other facilities will be added in a second phase of construction.

The Isiolo hospital is joint project sponsored by Matercare International and the Vicariate of Isiolo with the consent of the ministry of health of Kenya. Canada was acknowledged as a source of benefactors. Matercare International is an organization of health professionals dedicated to the care of mothers and babies. Its mission is to serve the culture of life where it is most at risk.

Those who know Normand are aware of his competence and commitment to construction. He has supervised this construction in all of its phases. Now he expects to offer a final month of service to complete the first phase of the hospital. He will return home to care for his body that has absorbed the wear and tear of working under stressful conditions. Sheila has been with him now truly as a wife, whereas she had her own assignments as a teacher when both of them were working with the Oblates. (Alfred GROLEAU inwww.omilacombe.ca)