Originally published by the Oblate Partnership.

It is impossible to say much in a few pages of an event that took three years to prepare, lasted four years, and has been nearly fifty years in the process of reception into the life of the church. Thus I use a little anecdote which serves me to encapsulate a vision of a Church renewed and reformed. 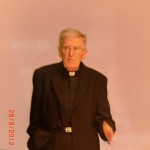 As a young priest studying in Rome during two of the sessions of the Council, by the good offices of Dr Peter Birch, Bishop of Ossory in Ireland, I was able to get a ticket which allowed me access to the conciliar sessions over two weeks. This meant entrance to St Peter’s, a place to follow the debates next to the Observers’ tribune, the freedom to wander the corridors and talk to bishops, observers, and theologians, many of whom proved friendly and forthcoming even to a young student like myself. It also gave access to the bar where refreshments were available in the course of the morning.

When I first entered this bustling enclave, I held back timidly from the crowd of cardinals, bishops and observers in their bright robes milling about the table with coffee and pastries, until an Italian cardinal in his bright scarlet dug me in the ribs, urging me to push in and get my coffee, since in this situation all were equal: “qui, tutti sono uguali (here, we are all equal).” 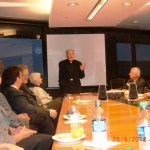 Having received formation in the fifties before the Council, lived the experience of the event, and joined in the efforts to implement it, I can be conscious of some great changes which it wrought and which are still in process in many regions of the world. I name but a few which seem to me of lasting significance, changes more in process than in some final state of accomplishment.

One is the access which Catholics now have to the scriptures, whereas even in the fifties they were warned of the dangers inherent to reading the Bible. Knowing, hearing, reflecting upon the Word of God is a foundation for renewal and has been encouraged, its importance marked within the last decade by a Synod devoted to the place of scripture in Christian life. Only a few days ago, Pope Benedict noted that “conversation (colloquio)” with God who speaks to his people through the Word, is the foundation of good liturgy, this of course being at the heart of the life of the Church. Note the term “conversation.” God through his word speaks to us and we respond, talking of the place it has in our lives and of how it illumines our way and helps us to read the signs of the times and the signs of the kingdom. That conversation now shapes Catholic life in diverse ways, and most powerfully perhaps in small, or base, Christian communities across the world. In his two apostolic letters regarding the Jubilee year of 2000, Tertio Millenio Adveniente and Novo Millenio Ineunte, Pope John Paul II affirmed to the effort of the Council to return to the scripture and to base its teaching on Jesus Christ and all its teachings in the scriptural word. For him this is to place the mystery of the Incarnation within history and to give a historically founded face to Jesus, whom he calls the Nazarene. He audaciously says in the second of these documents that from the Gospels “the face of the Nazarene emerges with a solid historical foundation,” even as he recognizes the different approach of each of the four Gospels.

Another point I wish to mention is how Catholics join with other Christians in the engagement with the world. Into the fifties the Church had resisted this engagement, building itself up as a stronghold of defence against the secularization of modern culture and society. In convoking the council, Pope John XXIII invited people to open the windows and take on a style of life which would be one of openness, conversation and cooperation with the world around them, in its endeavours to seek the peace, justice and humanity of a global community. In this endeavour, he saw Christian communion as a sign of reconciliation and of the presence of God’s kingdom. We may miss the audacity of this move because we can easily forget how divided and fractious the world was, being still in the aftermath of the many wars which we include under the generic World War II, then caught in the thrall of wars that continued to be waged and fearful in face of the dangers inherent to the Cold War. Through the agency of the UNO and other organizations, states and peoples were trying out a common search for unity, peace, justice, human rights and human development on a global scale. The Church had to find its own relevant role in this endeavour, a role which the Council saw based on a reading of the signs of the times. This turn to cooperation with others was not entirely new, as we can see for example in the work of the lay apostolate since the thirties, but it was new that it became a common call, something at the heart of the Church, something in which all engaged by reason of their baptismal vocation.

In conjunction with this second point, we can not how commitment to the service of the world in its total reality, and at the same time commitment to service of the kingdom, gives a fresh perspective on the evangelical counsels and of a vow or a promise to follow them. This is not withdrawal but a new Spirit-filled way of engagement, one which is selfless and which is attentive to the spiritual and divine dimension of all creation.

This then means the third change which I wish to note, namely, that every Catholic learns to think and act out the apostolic and missionary character of being a member of the body of Christ, of the people of God. When Vatican II spoke of the church as the people of God on its pilgrim way, it thought of how all are part of the historical reality of the presence of the kingdom of God in the world and in the affairs of the world. This too had to be the basis of dialogue and communion with members of all Christian Churches and communities and indeed with people of all religions. Happily too this has meant a gradual affirmation of the place of women in society and in the Church. Obviously, women were long engaged in pastoral work, in education and in mission: nothing would ever have happened without this. Now however we are on the difficult and strained road to finding how to give practical form and legal position to the place of women. Much is yet to be done but we know that there is no true future unless we continue to make progress as a Church in this regard. 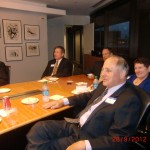 These three things noted, we know well enough that not all in the Church view the implementation of Vatican II in the same way and that for this reason there is an inner tension in how we try to live out the conciliar impulse. To find our path, it helps to remember what Pope John wanted the Council to be: he wished for a pastoral council, one concerned with the life of the church and its mission, visiting its doctrines and its traditions and its structures only to see how brought up to date they shaped its life and its mission. Looking outwards all the time was necessary, even when it was necessary to look inwards to see how inner renewal was as vital part of pastoral and missionary work and presence. If doctrines were to be rethought and even given new formulation, it was so that they might better serve the church’s missionary vocation of bringing the Gospel to the modern world and to peoples of many and various cultures. Engaging with historical reality, with cultures, with religions and with those of no religion, how may the Church engage with its own traditions in a newly creative and life-giving way that brings the Gospel and reconciliation to the many and the diverse? This is obviously an ongoing task since formulations of the sixties can themselves be outmoded in the encounter with new events and newly appreciated cultures and histories, and it is also clear that from new situations the Church local and universal gives fresh readings of the scriptures, following out the principle that the Gospel has to find its roots in individual cultures.

As indicated above, one thing that some have noted from the sixties onward is that engagement with the world, that finding the divine and the spiritual in it, means being true mystics. Shortly after the Council the great German theologian, Karl Rahner noted: from now on, we are either mystics or nothing. What are known as the liberation movements of the poor within the Churches of Latin America, Africa and Asia, have always witnessed to this mystical character of Christian vision and work and engagement with the world in the quest for peace and justice. Reading the signs of the times, being one with others and with nature, means being sensitive to the spiritual, to the divine, in all things. It means seeing the signs of the kingdom in the sense that Jesus meant when he talked of how God shows his presence in the midst of earthly and historical realities.

In all of this, a key factor in the mission to bring the Gospel to the world is the privileged place that God has given to the poor, not because they are better people but out of divine love. Not only are we to work that justice for them may be done and that they are to be freed from inhuman poverty, but they are truly our brothers and sisters whose voice in the conversation with the scriptures and with the world has to be heard and entertained. There were those at the Council who wanted the Church to become in truth in its own poverty and inner communion the Church of the Poor. We may be on the way but we are not yet there.

An interview given by the late Cardinal Martini to the Italian newspaper Corriere della Sera is much quoted for his remarks on how the Church has grown old and needs reform and change to truly evangelize our world and its cultures. What is not always noted is how this is a plea for love of the Church. In his own illness in experiencing incapacity he had also found the love and care of others which is needed to make even the least thing possible. Can the Church too be given life by love, renewed and reformed within itself and in the face it deliberately shows to the world?