A few years ago, Fr. Phil ESTRELLA launched the Adult Lay Spirituality Program. He began with the OMI lay co-workers and mission partners. Two sessions were conducted – one for the Metro Manila area and another for the Cotabato area. The positive response and the palpable thirst of a lay spirituality among our lay co-workers and mission partners led to the fine tuning of this new attempt to become a Ministry of New Evangelization for adult lay people.

The first stage begins with the foundation of the Adult Lay Spirituality. It deals with the recognition of the various stages of faith; confronting the burden of the past and grappling with the thorns of the human heart. Stage one of the journey hopes to promote a mature spirituality for modern lay people often characterized as ‘under-catechized, ‘inactive’ in the life Church, and‘alienated’ from the many ‘official’ church positions on crucial issues.

The second stage presents the inward journey that is always a ‘venture into the unknown’. Here, the participants are led to take inventory of ‘landmarks’ in life’s journey. They become conscious of the patterns of these landmarks, which are keys to the discovery of the deepest desires of their hearts. 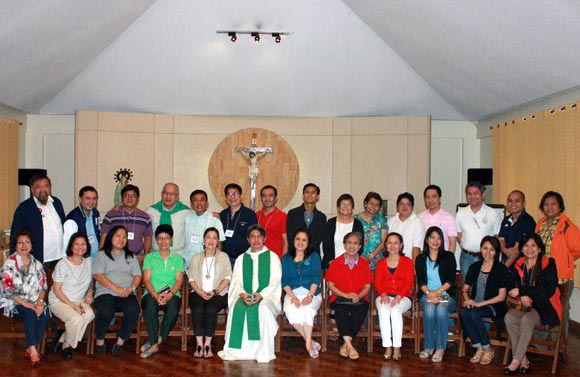 The program is meant for adults, in fact for people who are at least 40 years old and thus facing many of the mid-life questions and issues, including the question of faith and values. This is a very fragile and critical stage in spirituality. In fact, all religious beliefs consider the mid years as the most critical in addressing the issues of the Spirit. This is the period when illusions are already shed; the early interests in life lose their fascinations and a search for wisdom and enduring personal values and more intimate relations begin.