Several times in the course of the ceremony, Archbishop Gustavo praised and thanked the Oblates of Mary Immaculate for their long service to the Church in South Texas and, in particular, in the Archdiocese of San Antonio. San Fernando Cathedral was founded in 1731 and is the oldest, continuously functioning religious community in the State of Texas. The Cathedral building has the added distinction of being the oldest standing church building in Texas. 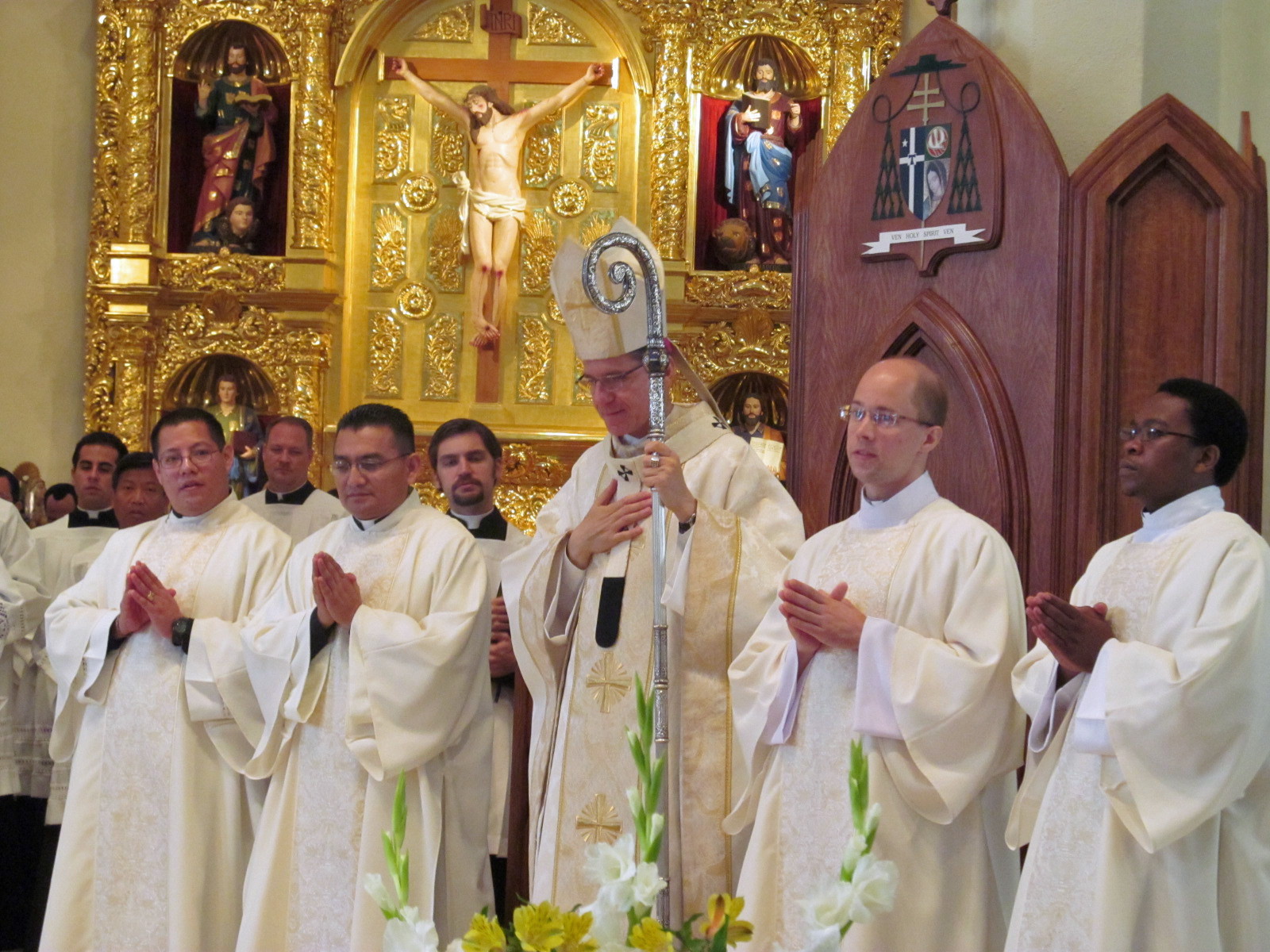 All of the new deacons are students at Oblate School of Theology. The three Oblates are members of the George Sexton House of Studies; Deacon Antonio is at Assumption Seminary.

The Oblate deacons will finish their Master of Divinity degree in May. Priesthood ordination dates have been set for Juan Gaspar (May 17, 2013, in San Antonio) and Daniel Janulewicz (June 10, 2013 in Toronto). Kasonde’s ordination date is yet to be determined by his superiors in Zambia.