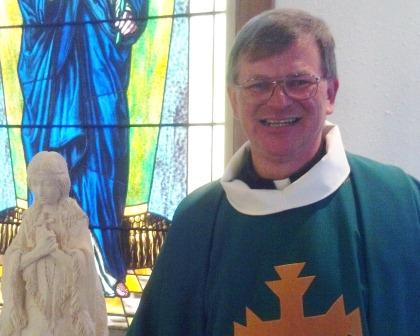 The three Oblates who minister on the White Earth Indian Reservation in NW Minnesota each took time to celebrate an incredible happening in the life of the Church, the canonization of St. Kateri Tekakwitha, Sunday, Oct. 21, 2012.

Fr. Walter Butor had the special experience of accompanying several of his parishioners from St. Benedict’s Parish in White Earth and actually be present for the canonization on that sunny day in St. Peter’s Square in Rome.  Tens of thousands of prayerful and joyful people were present for Kateri’s canonization and the other six men and women who also were raised to sainthood by Pope Benedict.

Now back on the White Earth Reservation, Fr. Bob Morin and I took the opportunity to celebrate her canonization.  Each of the six parishes had some type of celebration.  On Sunday, Oct. 21, Bob celebrated an inculturated Mass in which several elements of Native American culture were incorporated into the Mass. At St. Benedict’s Parish the Ojibwe Singers were present to begin the liturgy.  Following the singing in local native language, a smudging ceremony was done walking throughout the entire church to purify the sacred space of the church.  At the time of the intercessions, the people were able to participate in a tobacco ceremony, taking some tobacco and offering a petition to God.  It is a 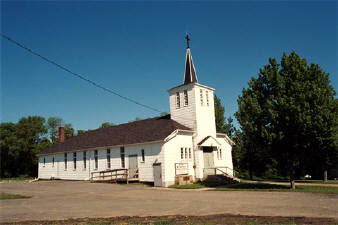 very moving part of the liturgy as the people are able to voice the needs of their heart and community.  And later on during the Mass, the Four Directions Prayer was proclaimed which incorporates the Circle of Life which is so important to the Native American Community.  After the Mass was completed, the people stayed for a meal and fellowship to continue the celebration.

I did the same celebration with the incorporation of the Native American ceremonies during Mass on Sunday, Oct. 28 at St. Anne’s Parish, Naytahwaush.  Many people came together once again to celebrate the culmination of many years of prayers that Kateri would be pronounced a Saint of the Church.

St. Kateri was in love with the person of Jesus Christ.  She was a woman of prayer, praying especially for her Mohawk Nation of which she was a part.  She stood up for her Catholic Faith, even when being made fun of and exiled by her own community. And she was a woman who reached out in love to the sick and elderly of her Native American Nation.  We all can learn from her life and make it a part of our life of faith to become a greater Follower of Christ. 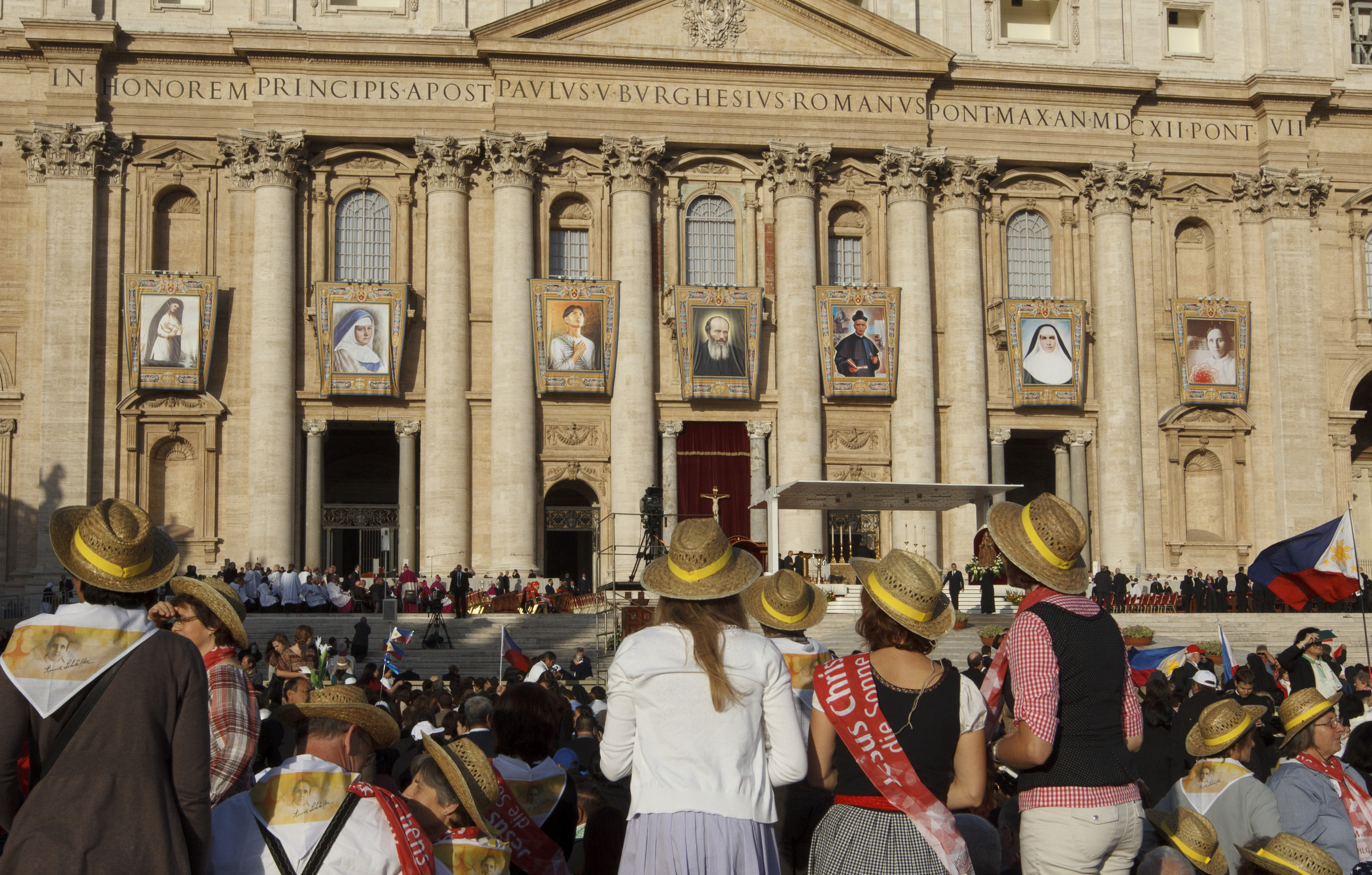 The canonization of St. Kateri Tekakwitha was in important day in the life of the Church.  Let us remember to pray to St. Kateri for intercession in our own daily lives.  May she continue to inspire the Native American Community and help all of us be better witnesses and service to Jesus. 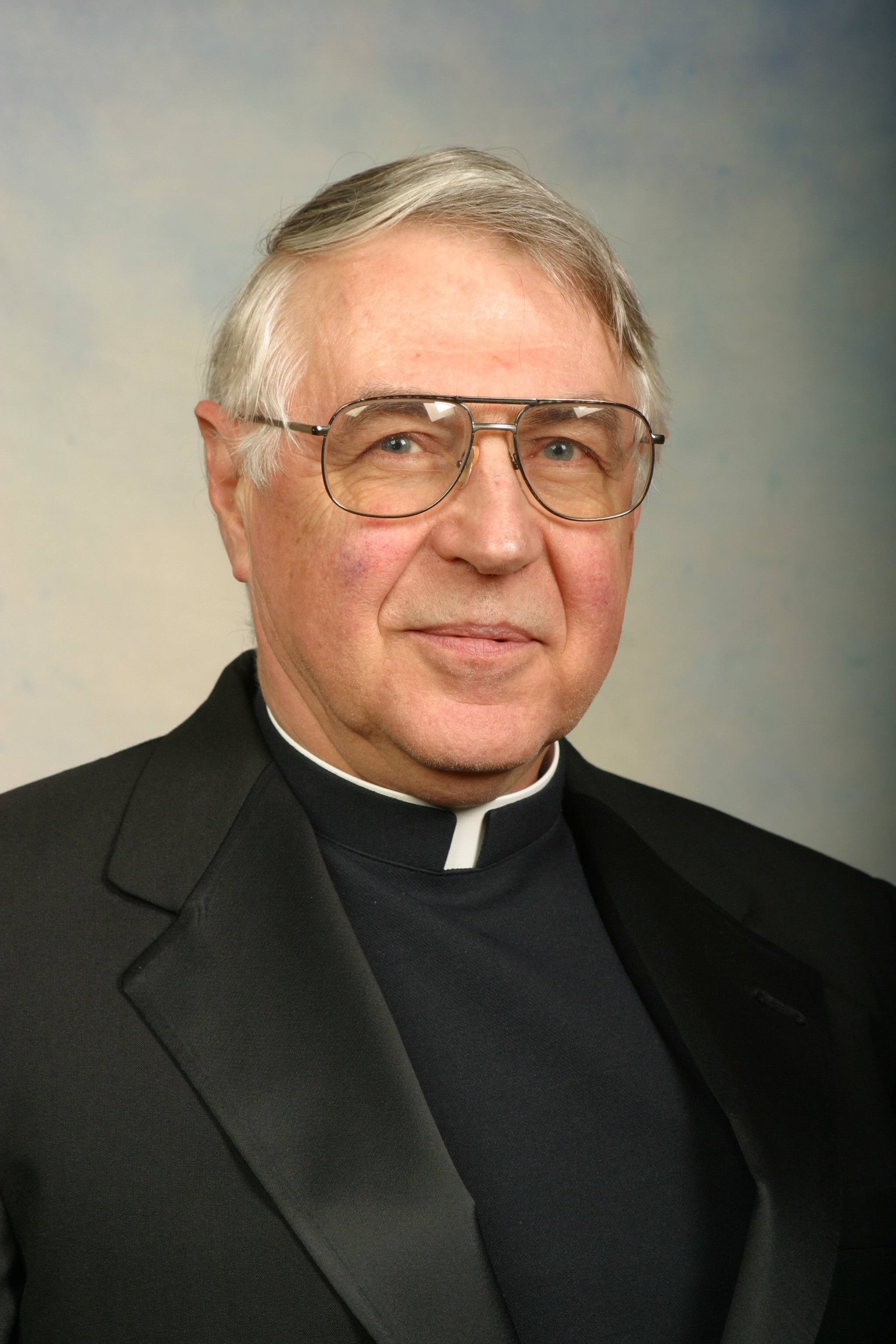 A Catholic Worker community in Syracuse, NY is showing that St. Kateri is joined by many very holy Iroquois and Huron in upstate NY and Canada, some of whom were martyred, and today are largely unknown and ignored.  Theresa Oionhaton, a Huron, and her entire family are venerated very much at the Midland, Ontario, Canada, Shrine.  Captured by the Mohawks with Sts Isaac Jogues and Rene Goupil, she survived 12 years of captivity at Auriesville, NY.

At least 23 martyrs, with the accounts of 10 of them, plus many nameless companions have been found by the Unity Kitchen Base Community of Syracuse, NY, and made known to the bishop. They were victims of the Onondaga Indians, one of the original five tribes of the Iroquois Confederation, and were martyred at two places, between 1650 and 1720:  Jamesville, NY and Manlius, NY. The causes of three of them, killed between 1690 and1693, were actually submitted to Rome by Bishop Gannon of Erie, PA in 1939. 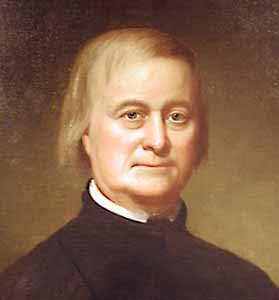 Some of the Iroquois converts met with Jean-Pierre De Smet, SJ in 1839, asking for priests to come to visit the tribes of Montana and Idaho, where these French speaking Iroquois were living.  The efforts of the upstate NY Iroquois and Huron bore fruit!

Many of the upstate NY parishes, including Oblate Holy Angels in Buffalo have a long tradition of visiting the Huron Martyrs Shrine in Midland, Ontario.

As Christmas approaches, pull up on YouTube the “Huron Hymn” composed by St. Jean de Brebeuf, SJ, also known as the Indian Christmas Carol or Jesous Ahatonhia.  It is increasingly popular for Christmas Eve Masses, and the slow beat of the drum can be very moving, as the hymn speaks of “the moon of winter time when all the birds had fled, that mighty Gitchi Manitou sent angel choirs instead:  before their light the stars grew dim and wandering hunters heard the hymn.” It is a marvelous example of instinctive inculturation.