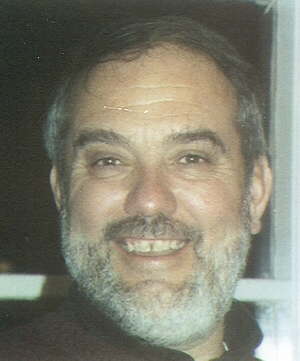 October 1964, I left the USA to fly to Rome to continue my seminary studies at the International Scholasticate.  I was just 20-years-old and this would be my first trip outside the USA.  I was traveling with Tom Coughlin, my classmate.  Harry Winter was the other member of our province in Rome at the time.  He was in his last year; Tom and I in our first.  For me, it was exciting and scary at the same time.

The Vatican council was in full swing.  The third session had just begun and the General House and Scholasticate were filled to capacity.  For a newly arrived American it was all a bit overwhelming.  There were bishops and student priests, the General Administration, theologians helping at the Council, and periti (advisors) that each bishop brought to assist him.  Sorting it all out, and learning who was who, was the first challenge.

The house was buzzing all day, every day, with theological talk, discussions, arguments over various issues raised in the various documents and then there all the latest news from the Council.  A new proposal, a vote coming up, an issue to be resolved, this was the daily drama we lived with.  By and large, as a young American, most of it was lost on me.  But not the sense of excitement and the feeling that something very important was happening all around me.

There were talks, lectures and press conferences by great theologians and notable people – Rahner, Congar, Delubac, Chenu.  I remember going to one given by Bishop Fulton Sheen and another by Cardinal Wright (at least they spoke English).  Theologians were also invited to the Scholasticate for Mass and supper and then a talk followed by questions and answers.  Some notable people came and went on a regular basis.  We were privileged.

The one bishop from our province (the former Eastern Province) was Bishop McSorley of the diocese of Jolo in the Philippines.  He was a good and sensitive man who arranged to get credentials for an assistant to come to help him for a day.  So it was that there was one day when I got to enter the Basilica for the opening Mass of the day and remained until they intoned “exeunt omnes” (get out) as the bishops turned to the real work before them.  But I had my hour.  The Aula filled with well over 2,000 bishops, and that was a visual that will remain with me forever.  There was an opening Mass in one of the Eastern rites.  There was a hustle and bustle as papers were being passed out and papers collected.  Lively and animated discussions in small groups and large were taking place in every corner.  Something important and vital was occurring, even if the details were largely over my head.  History was being made and I was a witness.

There are many memories from the General House as well.  Serving Mass for the bishops before breakfast was a daily duty.  One bishop died in his room and there was much ado about it including doing a prayer service before sending him off to be buried in his home diocese back in Canada.

To speak at the Council a bishop was required to write up a synopsis of what he wanted to say, then have it signed by a certain number of bishops and presented to the leaders to get a time slot to speak.

Archbishop Hurley of South Africa was always wandering around with his list, asking any bishop he knew or met to sign so he could speak.  He spoke on the floor quite a bit.  Bishop McSorlely, not at all.  There were always papers being passed around from bishop to bishop as one or the other was marshaling support for some position or other.  I remember one scholastic being sent by bicycle down the street to the White Fathers to collect a few signers for Hurley.  It was a heady time.

Then there were the closing sessions.  There was the lifting of the excommunication of the Patriarch of Constantinople (and having the excommunication of the bishop of Rome lifted at the same time by the Patriarch); Declaring Mary to be “The Mother of the Church”; And the declaration of each document to be the official faith of the church.  At the closing sessions, the bishops had a working session where they took the final votes on each document.  There was a Mass while the votes were counted, or calculated.  After Mass the final vote was announced and the document was declared to be official church teaching to great applause.

The final session and the closing of the Council were grand affairs.  Mostly my sense was that they were mostly all happy it was over and they could go home to attend to pastoral concerns in their local dioceses.  There was also a feeling of great optimism and a sense that a whole new era was opening for the church.

It was a great and heady time.  I was privileged to be a bystander to history and watched some if it unfold before my eyes.