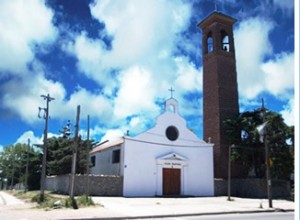 I am Talitakum to know that one can, wanting to be able.  Removing one’s fears.  Taking them out.  Painting the face with the color of hope, tempting the future with the heart.

These are the verses that the 2012 graduates of the Talitakum Program painted as a farewell message on the walls of the San José School, in Montevideo, Uruguay.

In occasion of my trip home for the holidays I, with a long-time friend that wanted to come along, visited with Domenico (Mingo) Di Meo, OMI, and Antonio Buonanno, OMI, from the local Oblate Missions. We met in San Rafael Parish that was started by the Oblates in 1939 in “Cerro Norte,” in the northern area of Montevideo.

“Cerro,” a former neighborhood of workers and elderly people, has been changing rapidly and being encroached by large irregular settlements.

Although Uruguay has hardly been affected by the global economic crisis and is living a period of economic growth, with almost full-employment, the country’s former middle-class social structure has worsened. Hundreds of thousands of people remain below the poverty line, without aspiration or effort to change. Children and teenagers drop from school even though public education is free at all levels. Under these circumstances, with time to roam in the streets, these children and young people are most at risk. 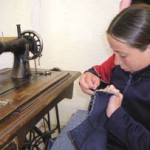 Named after Jesus’ words to Jairus’ daughter, the Talitakum Program run by the Oblates trains these teenagers and youth in courses, such as cooking, sewing, electricity, computers, metal working, remedial learning, social manners, sports, and recreation. Classes started in 2005 with the support of COMI, a volunteer group that has worked with the Oblates in Chad and Senegal. 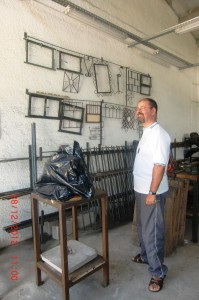 Today, about 75 – 80 youth, ages 11 to 16, are trained every year and the program is gaining recognition from other institutions and potential employers.

The two-year program also includes field trips to public agencies and private organizations that work in areas related to the training the students receive. These visits open the students’ eyes to future possibilities, work or reintegration into formal education.

Thanks to Talitakum, these young men and women are in a way, being restored to life, painting their faces with the color of hope, and reclaiming their future.