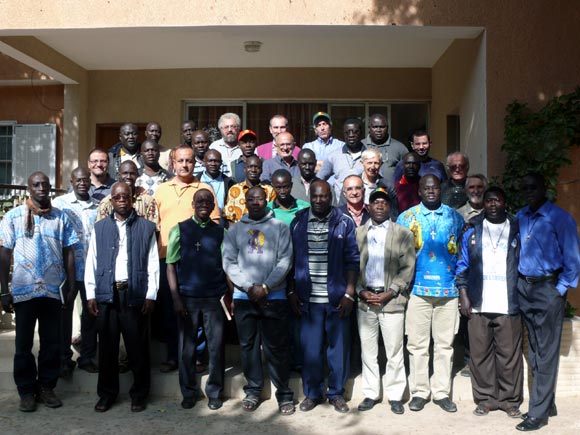 In Dakar, Senegal, thirty Missionary Oblates of Mary Immaculate ended on Friday, January 25, a four-day formation session on the media culture. They came from Senegal and Guinea-Bissau. Three members of the international team of formators from the Center for Research and Education in Communication (CREC), based in Lyon, France, made presentations: Yvan Paradisi, communications director of the Pontifical Mission Societies in Lyon; a journalist, Charles Togo Ayetan, from the Catholic newspaper Présence chrétienne; and Father Jean-Baptiste MALENGE, Missionary Oblate, journalist and teacher from the Democratic Republic of Congo.

In this Year of Faith proclaimed by the Holy Father, the Missionary Oblates of Sengal and Guinea-Bissau are reflecting on the best way to communicate the Word of God.  They are also preparing to celebrate well our second centennial of existence in 2016.

During the practical exercises of the session, the Oblates primarily learned how to make a communications plan for fostering a big event or for organizing a pilgrimage to the Marian Shrine of Our Lady of Peace in Temento. Communications in the mind of the Church and in the history and the Rule of the Missionary Oblates also had a place in the session’s program. 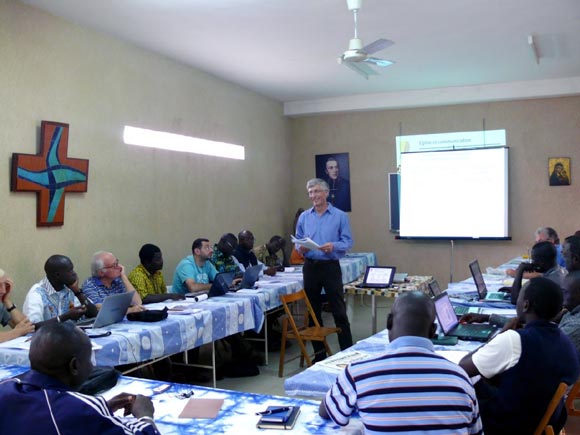 The formation in media culture helped to better indicate many aspects of the spread of the Oblate charism in the new evangelization of Senegal and Guinea-Bissau and all of Africa. The Oblates have thus emphasized their belonging to an international congregation in some twenty African countries.

In summing up the results of this formation session, Father Bruno FAVERO, superior of the Oblate Delegation in Senegal and Guinea-Bissau, and also the National Director of the Pontifical Mission Societies in Senegal and Mauritania, noted the importance of the session which allowed for a better understanding of the system and language of the media. Oblate communities will be more than ever places for communication, because communication is the first step towards communion. He also recognized the importance of formation for a greater presence among the faithful and a better relationship with friends and benefactors, through more accessible communications and ongoing formation of the missionaries.

It is noteworthy that a group of nine Italian Oblates came to the Dioceses of Kaolack and Dakar in 1976. Some Senegalese have joined them, and the delegation currently has fifty members. This relatively small number means that the Oblates of Senegal and Guinea form a delegation within the Mediterranean Province which is made up of Oblates of Italy and Spain. (Jean-Bapiste Malenge)