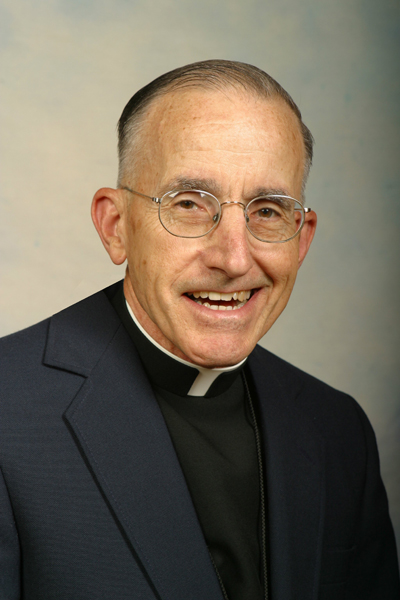 Rev. Charlie Banks, OMI was born to Edward Banks and Elsie Stegman in Bloomingdale, Illinois on February 20, 1939. , He was baptized in Bloomingdale at St. Isidore Church on March 19, (the Solemnity of St. Joseph).  In that same church Banks received his First Eucharist and graduated from the parish grammar school. After graduation from St. Edward Central Catholic High School in Elgin, Illinois, he entered St. Anthony Junior Oblate Seminary, San Antonio, Texas.  Two years later he began his novitiate with the Oblates in Mission, Texas.  His first profession as a Missionary Oblate of Mary Immaculate took place on May 31, 1960 in Mission and he made his perpetual profession on September 8, 1963 in San Antonio.  After completing his studies with the Oblates at De Mazenod Scholasticate (Oblate School of Theology – San Antonio), Banks was ordained a priest by Bishop Steven Leven, DD, in San Antonio in the chapel of the Immaculate Conception at De Mazenod Scholasticate.

In the early 70s, Banks studied in the Institute of Spirituality at the Pontifical Gregorian University, Rome, Italy.  From 1974-1982 he was assigned to the Oblate Central Novitiate in Godfrey, Illinois – – first as assistant novice master and then as novice master. Then it was back to Texas for another nine years of parish work.

In 1991, he was elected vicar provincial of the former Southern United States Province, which brought him back to San Antonio.  From 1997-1999 he was provincial of the above named province.  In 1999 the five Oblate Provinces united and became one province taking the name United States Province with headquarters in Washington, DC.  Banks was elected first vicar provincial of the US Province in 1999 and served in that position until 2005.  Since 2005, he have been serving as vocation director of the US Province’s Southwest Area (Texas and Louisiana), and since 2007 have also been part-time campus minister at three schools and universities in Texas.

When he gets a chance to relax his main hobby is tending a small vegetable garden. With the mild Texas winters, it is possible to have a garden throughout the year.