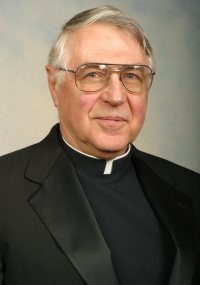 Many have commented that Emeritus Pope Benedict’s principle of interpreting Vatican II is “Innovation in Continuity.”  As regards ecumenism, Benedict has come down more on the side of Innovation.  This is not surprising, given his military service in the German army in World War II.  Most Germans before the war lived either in Lutheran enclaves or Catholic enclaves.  By the mixing of soldiers during the war, the young Joseph Ratzinger learned about Protestants, that they are human beings and Christian.  He admired the Lutheran martyr Dietrich Bonhoeffer and absorbed his writings. For example, in Jesus of Nazareth, Holy Week, he approvingly cites Bonhoeffer’s famous term “cheap grace” (p. 133).

In two areas especially, Benedict XVI pushed the envelope on ecumenism:  the Lutheran-Roman Catholic Statement on Justification (later adopted by the Methodists) and sharing the Eucharist.  Regarding the former, Benedict knows Lutheranism like no other pope.  It’s interesting to remember that growing up with Jews influenced John Paul II in his attitude toward Judaism.  Teaching with Lutherans, dialoguing with them constantly during his time as a professor in Germany, made Joseph Ratzinger aware of the contributions of Lutheranism to Christianity.  He spent much time on the Justification Statement, making sure all the i’s were dotted and the t’s were crossed.  He is concerned that both the Lutheran and  Roman Catholic Churches prepare well for the 500th Anniversary of Luther’s posting of his Ninety-five Theses, in 2017.

Regarding sharing the Eucharist, the national Catholic USA weekly America magazine (owned by the Jesuits) has explained in their Aug. 26 issue, 2008, how Cardinal Ratzinger gave Communion to Roger Schutz, the Protestant founder of Taize, at the April 2005 funeral of John Paul II.  Then, as pope, he explained that he had become less strict about sharing the Eucharist with Protestants, citing the “more welcoming” attitude of Christ.  Would that many more bishops look at that attitude to admit more Protestants to Eucharistic sharing when, in case of need, they beg for the Eucharist.

My Methodist and Presbyterian colleagues tell me that there is a definite increase in the number of parishes in their denominations celebrating the Lord’s Supper more often.  As we approach Holy Thursday, may we be aware that more and more Protestants are observing this day with the evening Lord’s Supper. Let us unite ourselves with them spiritually, especially on Holy Thursday.

It is interesting that as Catholics have discovered the power of the first part of the twofold table, the Word, Protestants are discovering the power of the second part of the table, the Body of Christ.  It is considered less and less a bare memorial, but a true sacrifice based on the Jewish notion of the Passover as the living sacrifice during which Jesus deliberately instituted the once-for-all sacrifice of the Lord’s Supper.

Unfortunately there are still Protestants who have no interest in a weekly Lord’s Supper.  There are still Catholics who don’t have a clue that the first part of the Mass truly brings them the real presence of Christ in the Scriptures.  We Christians have a lot to learn regarding our Sunday worship.

Benedict’s three volumes on Jesus can be a true ecumenical advance for Catholics to appreciate the power of the Scriptures.  The way he cites leading Protestant Scripture scholars is another one of his contributions to Christian Unity.

Regarding the way our liturgy is celebrated within the Catholic Church, it does seem that Benedict comes down more on the side of Continuity rather than Innovation.  But that is another topic.

Harvey Cox, the American Baptist author of Secular City (1965) and Fire from Heaven (1994, on Pentecostalism and Charismatics), spoke to a group of us at Temple University, Philadelphia, PA, after he attended a conference on atheism, held at the Vatican in 1969.  (Father Gerard Sloyan, the first Catholic to direct a department of religious studies at a non-Catholic university, arranged the talk).  Cox, speaking on April 24, 1969, was very impressed by the thoroughness of the conference, and the leadership of Pope Paul VI in inviting so many non-Catholics.  He observed to us regarding his insight that the pope could become the spokesperson for all of Christianity:  “a smart pope could pull it off.”

John Paul II proposed that more formally in his encyclical on ecumenism, “That They May Be One,” #’s 95-96.  Benedict’s very unexpected resignation has enormous ecumenical implications.  The resignation moves the papacy away from all the trappings which repel both the Eastern Orthodox and Protestants.  We will almost certainly see much more interest in the papacy now as the voice for all Christians.  May Benedict be praised for this ecumenical advance.

I hope that God gives Benedict many more years of continued leadership and witness for Christian Unity.