Three Oblates finishing their scholasticate studies in May in San Antonio are also celebrating their ordination to the priesthood.

Fr. Juan was born in 1977 in Houston. He is the oldest of seven sons born to Mexican immigrants, Maria and the late Benjamin Gaspar. Before entering the Oblate pre-novitiate in Buffalo, N.Y., in 2006, Juan earned a B.A. degree from the University of St. Thomas in Houston. Following graduation, he taught in elementary schools in Houston. After novitiate in Godfrey, he pronounced his first vows in 2008 and since that time, has been a member of the George Sexton House of Studies community in San Antonio. During the 2011-12 school year, he was at St. Jude Shrine in New Orleans for his pastoral internship. He received his First Obedience to the United States Province from the Superior General. The Provincial, Fr. William Antone, OMI, has assigned him to Santa Rosa Parish in San Fernando, California. 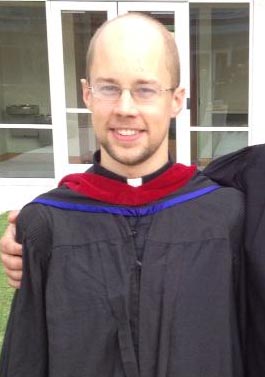 Born in Toronto in 1981, Daniel is the son of Janusz and Wanda Janulewicz, Polish immigrants to Canada. He has two sisters and one brother. Before entering the pre-novitiate in Buffalo, he acquired a university degree in computer sciences. He professed his first vows in Godfrey in 2008 and then began his theology studies at Oblate School of Theology in San Antonio. In 2010-11, he had a pastoral internship experience at St. Casimir Parish in Toronto. He is a member of the Assumption Province.

Mary Immaculate Parish in Lusaka, Zambia, will be the site of the July 20, 2013, priestly ordination of Deacon Kasonde Michael Musaba, OMI, who will receive the Sacrament of Holy Orders from Archbishop Julio Murat, the Apostolic Nuncio to Zambia. 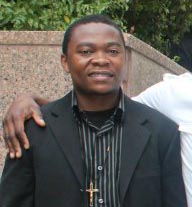 Born on February 18, 1982, in Kasama (Northern Province) Zambia, he is the son of Anthony Musaba and the late Bridget Mutale. He pronounced his first vows as an Oblate at the novitiate in Johannesburg, Republic of South Africa, in 2006. From there, he went to St. Joseph Scholasticate in Cedara, RSA, for his philosophy studies.  Since his arrival in San Antonio in 2009, he earned the M.A. and M.Div. degrees at Oblate School of Theology and an S.T.B. from St. Paul University in Ottawa, Canada.