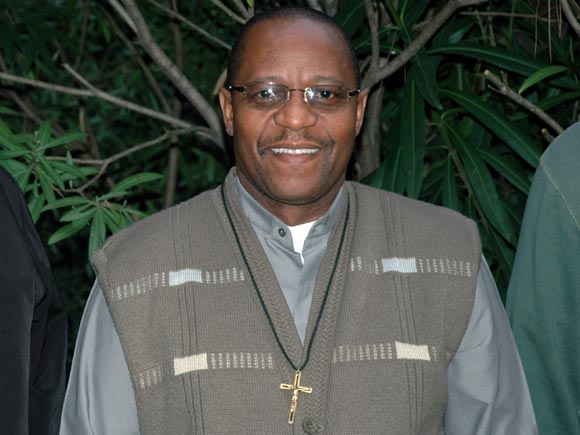 On 19 June 2013, the Pope named as Bishop of the Diocese of Qacha’s Nek (Lesotho) Reverend Father Joseph Mopeli SEPHAMOLA, O.M.I., Provincial Superior of the Oblates in Lesotho.

Reverend Father Joseph Mopeli Sephamola was born in 14 March 1960, in the parish of St. Francis Mission in Tsoelike Ha Atali, diocese of Qacha’s Nek. In 1983, he was admitted to the novitiate of the Oblates of Mary Immaculate; on 6 January 1984, he made his first religious profession and he final vows in 1989. After having completed his studies of philosophy and theology (1984-1990), he was ordained a priest on 27 April 1991.

He succeeds Bishop Evaristus Thatho Bitsoane who died in 2011. With this appointment, all of the active bishops and one retired archbishop in Lesotho are Oblates. The country has three dioceses and one archdiocese.

Editor’s Note: The following condensed history has been assembled from several sources. 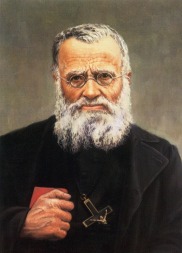 For those unfamiliar with the country of Lesotho, or with the history of Oblate Missionaries, it is important in Oblate history due to the work of a French Oblate now known as  Blessed Joseph Gerard.

The Kingdom of Lesotho, is a mountainous, landlocked country completely surrounded by the Republic of South Africa, that was first settled by Bantu speaking people who called themselves the Basotho.

During the 19th century, the Basothos fought a series of wars against Boer settlers from the Netherlands, resulting in an extensive loss of land. By 1868, the land (known as Basutoland) was placed under British protection, and the Boers were ordered to leave. In 1869 a treaty between the Boers and British was signed defining boundaries between the two. But the Boers inability to control their territory resulted in the British regaining authority in 1884, and when the Union of South Africa was founded in 1910 Britain moved to transfer Basutoland into the new Union – much to the opposition of the people.

The annexation by the British was eventually suspended, and in 1959 the new constitution allowed Basutoland its first elected legislature. On October 4, 1966, Basutoland attained full independence, and was renamed the Kingdom of Lesotho.

Joseph Gérard arrived in South Africa in 1853. On Feb. l9th 1854 he was ordained priest by Bishop Allard O.M.I. in Pietermaritzburg, South Africa, and started his ministry to the local white population, but especially to the Zulu People. His years of journeying through difficult countryside, of sleeping in the open, of learning new languages, of cold and of heat began. Despite all his good efforts, his ministry among the Zulus did not seem to bear immediate fruit, and with a sense of great disappointment in this apparent failure he moved in 1862 to Lesotho to bring the Gospel to the Basotho People. He laboured there for the next 52 years.

Faced initially with indifference, even scorn at times, Fr. Gérard worked and prayed for more than two years before he won his first Basotho catechumen. Even after that progress was slow, but his determination, his dedication, his forgetfulness of self took effect quietly but surely. The Catholic missionaries were well received by the King, Moshoeshoe I, and Fr. Gérard showed his gratitude for this by his loyalty especially when the nation was under attack by the Boers. Moshoeshoe, much to Gérard’s disappointment, never embraced Christianity, but later his grandson Griffith Lerotholi who rose to be Paramount Chief became a Catholic, to the very great joy of Fr. Gérard.

Throughout his years in Lesotho Fr. Gérard’s concern and care for the sick and the old was remarkable – even heroic at times. Despite the distance, despite the weather, despite the inconvenience, he would set out on foot or on horseback, carrying the Blessed Sacrament, to minister to those afflicted. His deep devotion to Mary was absorbed by his first converts, and since his day the nation has been dedicated to Mary Immaculate. There is no count of the miles he travelled up and down the steep mountains of Lesotho, and his all-embracing care of the weak, the sick, of those in need is part of the history and lore of the people of Lesotho. His deep commitment to prayer was always an example to the people, and at his funeral one of them expressed it well: “Fr. Gérard was a man who, you might say, did not eat food but fed himself on prayer, and if prayer is something with which one can feed the people, then he has fed us Basotho too for a very long time.”

Fr. Gérard laboured for many years preaching, consoling, leading to God, and kept contact also with people in South Africa. The last years of his life were spent back at his first mission, Roma. He still continued his rounds of visiting even when arthritis bent him over almost double, his sight was mostly gone, and he had to be lifted up on to his faithful horse “Artaban”. Up to a month before his death he was out on the mountain tracks caring for those in need. He was 83 at the time. On May 29th 1914 after a life of patient and enduring devotion Joseph Gérard in the fullness of years carne face to face with the Master he had served so long and so well.