On June 29th, some 300 people spanning three generations of the Hmong community in Milwaukee gathered to celebrate the 50 years of Fr. Daniel Taillez, OMI’s priesthood. Ordained in his native France in 1963, Fr. Taillez traveled to Laos in 1966 where he began his nearly 47 years of ministry to the Hmong community. 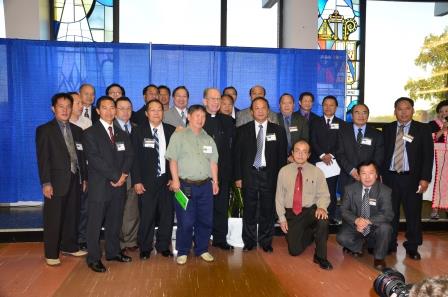 Fr. Taillez spent 9 years in Laos where he helped to develop the first tangible education center in a remote mountain village. Eventually the school separated into two institutions: a regular school and another Vocational Christian School for those interested in becoming priests and nuns. 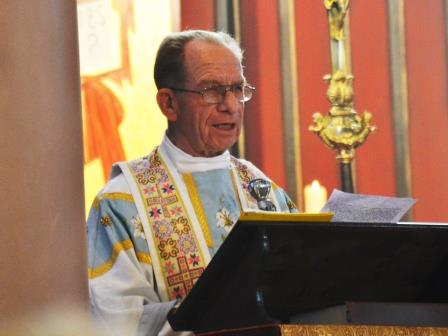 Fr. Daniel Taillez, OMI celebrates Mass in 1975, Fr. Taillez returned for France to work among Hmong immigrants. In 1981, he brought his ministry to the U.S. where he spent 20 years ministering to Hmong communities around the country. He founded the Hmong American National Catholic Association (HANCA) in 1983, and with the help of Hmong Catholics including Deacon Va Thai Lo and Catechist Chong Thao Ly, developed song and prayer books for Hmong Catholics. Since 2001, Fr. Taillez has been in Thailand continuing to bring the Word of God to the Hmong.

His unique ministry among the Hmong was highlighted in a congratulatory letter from U.S. Provincial, Very Rev. Bill Antone, OMI: “…you dedicated your life to those who had been sent away from their homeland and scattered throughout the world. Thank you for helping them keep their faith alive and then persevere and grow in it, along with their children and grandchildren.” 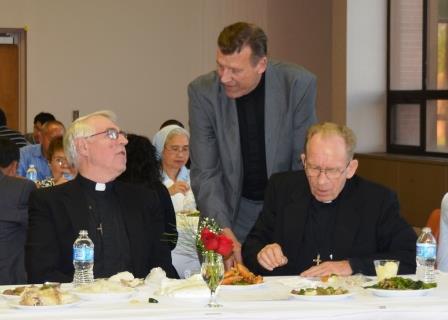