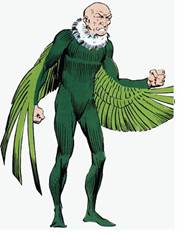 WASHINGTON, DC – In the landmark case of NML Capital, LTD v. The Republic of Argentina, the New York based U.S. Circuit Court upheld a previous ruling ordering Argentina to pay $1.33 billion to hold out hedge funds. Argentine bonds soared and antipoverty advocates held their breath as the 2nd Circuit Court delayed the ruling until the U.S. Supreme Court decides if they will take appeals on the case.

“Our eyes are on the U.S. Supreme Court. We pray the court will not forget the world’s poor as they consider taking the case,” asserted Eric LeCompte, Executive Director of the religious antipoverty campaign known as Jubilee USA.

“The religious community is saddened by the 2nd Circuit’s decision as it hurts poor people around the globe,” shared LeCompte. “It’s up to the U.S. Supreme Court now to overturn the 2nd Circuit ruling in order to prevent these hedge funds from targeting poor countries and struggling economies.”

NML Capital, a subsidiary of Elliott Management, purchased Argentine debt cheaply when the nation defaulted in the early 2000s. Since then, ninety-two percent of debt holders restructured. Holdout creditors, led by NML Capital, rejected restructuring deals and continue to sue Argentina for the full amount. Hedge funds, like NML Capital, that purchase deeply discounted debt of poor or financially-distressed countries and then sue to make high profits are known as “vulture funds.” Often, these funds try to collect off of funds meant to benefit the poorest in developing countries.

In addition to the U.S. raising concerns, the IMF and World Bank have continually expressed concern over this hedge fund behavior. German courts sided with Argentina and rejected similar hedge fund claims to Argentine assets in Germany.

At the end of 2012, the U.S. 2nd Circuit Court ordered Argentina to pay holdout creditors $1.3 billion upon its interpretation of a pari passu, or parity clause. Argentina appealed and the U.S. Court suspended the ruling to hear new oral arguments in February 2013. After arguments, the court ordered Argentina to outline an alternate payment plan to holdout creditors. Holdout creditors rejected the plan that was essentially the same deal that ninety-two percent of creditors previously took. The 2nd Circuit upheld its ruling and interpretation of pari passu or the parity clause in today’s ruling.

“Unfortunately, the decision of the 2nd Circuit is too narrow and short-sighted. Their interpretation of the parity clause is deeply flawed,” noted LeCompte.

Read more on our webpage dedicated to the case.

Jubilee USA Network is an alliance of more than 75 U.S. organizations, 250 faith communities and 50 Jubilee global partners. Jubilee’s mission is to build an economy that serves, protects and promotes participation of the most vulnerable. Jubilee USA has won critical global financial reforms and more than $130 billion in debt relief to benefit the world’s poorest people. www.jubileeusa.org The Missionary Oblates are a member organization of Jubilee USA{jcomments on}.