The Natal Province, on 26-27 June, convened for the Provincial’s Assembly which saw all the Oblates of the province and those of the Mission of Zimbabwe come together to reflect on the province’s missions, its challenges and its future. The province’s need to return to its roots, the spirit, and the charism of the Congregation occupied the debates. The Assembly centered on the theme: “Ready to sacrifice goods, talents, ease even their lives”. 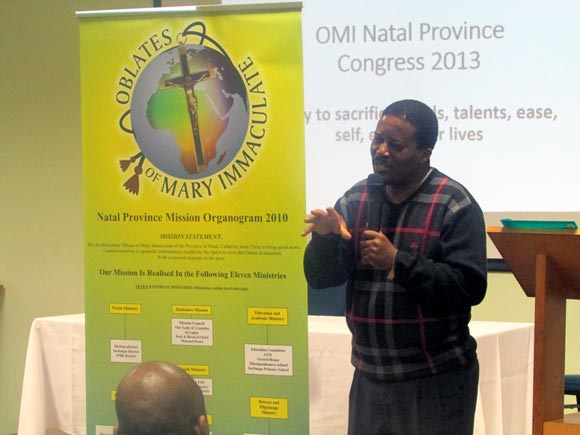 The Provincial, Fr. Vusi MAZUBIKO, in his opening remarks said that as Oblates, if we want a guideline, a quick one, on how to live an authentic life as religious, as Oblates of Mary Immaculate, we have the preface of our book of life. The Constitutions and Rules should be our reference point, because in those few lines there is the summary of the kind of person the Oblate is called to be: “Men filled with zeal, ready to sacrifice goods, talents, ease, self, even their life, for the love of Jesus Christ, the service of the Church and the sanctification of their brethren”.

Fr. Vuzi further stated that we cannot make any impact in our societies filled with crime, injustices, discrimination, diseases,…if we ourselves are not deeply rooted in Christ who is justice himself, who welcomes everyone, irrespective of his country of origin, sex, tribal affiliation, or social status; who himself fought against diseases, both spiritually and physically; who bridged the gap that was created by an unjust system of his epoch between the rich and the poor. This same Jesus, before he does anything, he goes into deep communion with his Father: his life, while on earth was totally synchronized with his Father. We must be men of virtues, deeply spiritual in order to understand and to respond adequately to the challenges of our societies. He went on to say that if all South Africans and the world were able to change and crush apartheid, it is also possible for us, as Oblates today, called from many places in the world, to change ourselves and the atrocities of our societies, the deplorable situations that both the Church in South Africa and Zimbabwe are faced with. 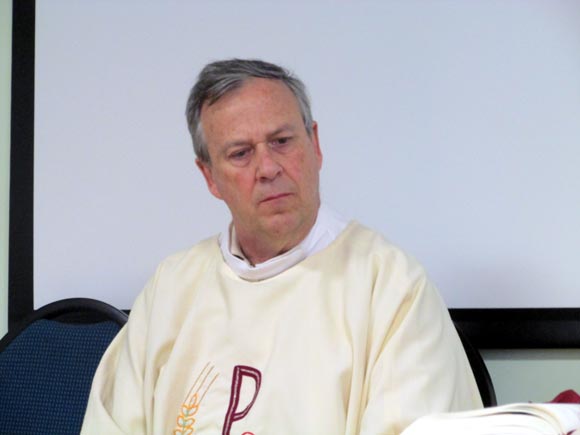 The growing mission of Zimbabwe was also a cause to celebrate. The Mission Superior, Fr. Sipho KUNENE, helped the Oblates to a better understanding of the rapid growth the Mission is experiencing. He compared it to the growth of the Delegation of Zambia. Soon, the Mission will be 30 years of age, and according to the growth chart, the pace of its development is fast and encouraging.

The Assembly was blessed with the presence of the Superior General, Fr. Louis LOUGEN, whose simplicity and deep sense of listening throughout the event struck those present. They marveled at the depth of his reflection and his overview of the Oblate situation in the world. He touched many by the quality of his presence and his gestures: “He is indeed a father!” exclaimed some Oblates. 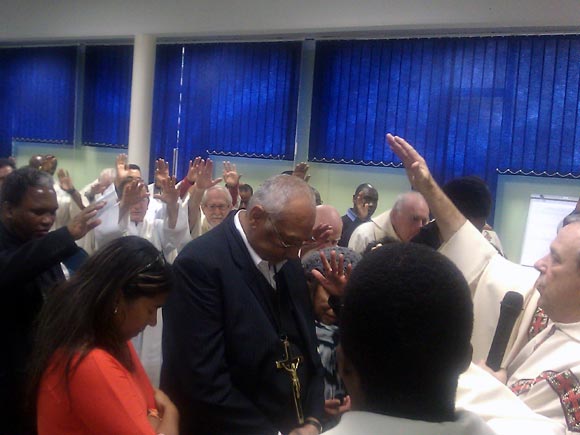 The Archbishop of Durban, Francis Cardinal Napier, graciously honored the Assembly with his presence; he didn’t miss the opportunity to say his gratitude to and also to praise the Oblates of the Province for the wonderful collaboration he enjoys and for the quality of their spiritual life.

The closing Mass was included the conferral of a Honorary Oblate on one of the champions of the Oblates’ causes in the Natal Province. A deeply spiritual and insightful man, a father of a family, a retired business man and a very dedicated and practicing Christian convert, Mr. Ken Klark, HOMI. (Emmanuel YOUNGTEN TEMSWANG, Executive Secretary, AMR){jcomments on}