By Becky May and Thanks to Br. Lucio Cruz, OMI for this information and photos! 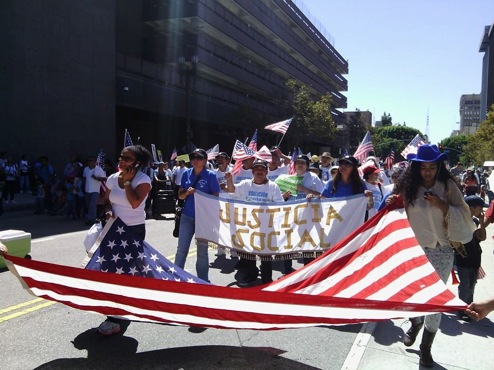 Hundreds of immigrant rights activist from Mary Immaculate, Santa Rosa, and San Ferdinand Churches marched the streets in Hollywood in hopes of reform on Saturday October 5. The Social Justice Group traveled in three buses from San Fernando Valley to Downtown LA. There was an estimated 10,000 other activists. Although the Los Angeles police were present, the march was a peaceful one.

The march covered a two mile span and finished in front of Los Angeles City Hall. There were several other immigration reform marches throughout California also on Oct. 5. Activists say they fear immigration reform is getting pushed to the back burner due to the government shutdown. San Fernando’s population is predominately Latino, an estimated 42% according to the LA Times. 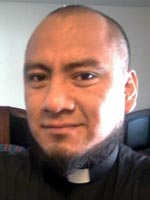 The Social Justice, Peace and Integrity of Creation Committee in San Fernando Valley also participated in other neighboring counties, including Sacramento. Bro. Lucio Cruz, JPICSFV Assessor, even includes advocating for human rights in his homilies. “Three weekends ago, I preached in ten masses in Santa Rosa and in Mary Immaculate Church calling for support for a comprehensive immigration reform. We also got signatures of 4,260 adults, children and youths in the community to be sent to the House of Representatives pushing for reform.” 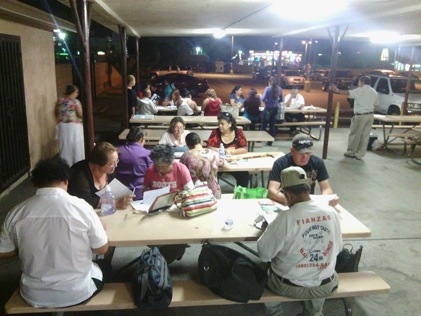 JPICSFV is also working with nonprofit organizations that help with applications for citizenship free of charge in the Oblate Parishes in San Fernando and Pacoima. The Social Justice group offers citizenship classes every Thursday night from 6-9 pm. The efforts have only been going on for the past three months, but Bro. Cruz says many of the students have passed their interviews and become US citizens. “We are no experts providing these benefits to our community, but together we educate ourselves and provide resources to them without any cost.” Citizenship programs do exist outside the Oblate Parishes but average around $150.

JPICSFV acknowledges its obstacles like funding, but space is another issue. “With the entire ministry running in all the parishes, it’s difficult to find space for our work,” said Cruz. The citizenship classes are being held in two locations, the parking lot in Mary Immaculate and in a small room in San Ferdinand Church.

Although immigration reform is a hot-button issue, the JPICSFV isn’t solely focusing its time on immigration laws. Bro. Cruz, says group leaders are working on Health Care, Human Dignity, Education, and Integrity of Creation also. The JPICSFV is comprised of 30 lay people. 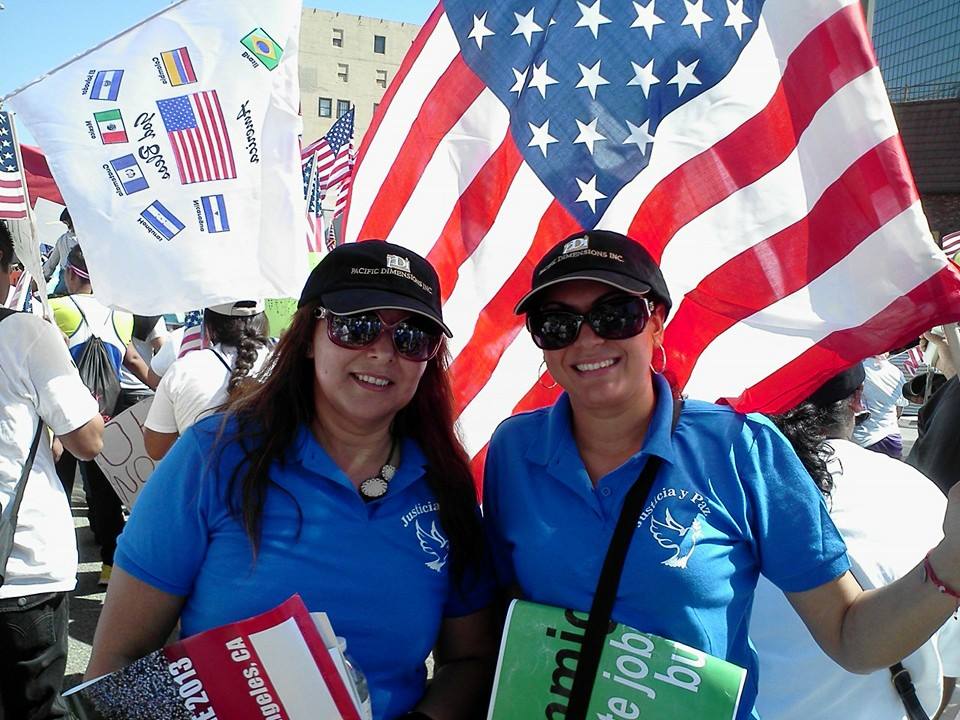