Story by Diane Conocchioli, Photos Courtesy of the Oblate Partnership 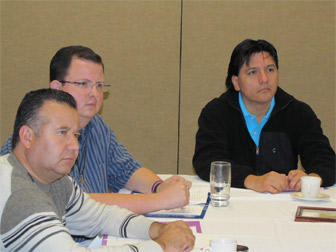 During his three terms as Mayor of New York City from 1934-1945, Fiorello LaGuardia bestowed the names of the world-renowned pair of marble lions located in front of the 42nd Street Public Library: Patience and Fortitude.
How fitting that these attributes of The Holy Spirit – so Vital to our Catholic Faith and missionary zeal should enliven and animate the proceedings of the three-day Annual Meeting of the Oblate Partnership in New York City.  Among the thirty (30) participants were several Oblates, Partners and Friends, Recipients of the Joseph Gerard, OMI Award and members of their family.   The meeting venues included many historic locations, including the Union League Club and Grand Central Station – a New York City Landmark, celebrating its 100th Anniversary.   Left to their own “missionary spirit”, each attendee freely explored the Big Apple on Saturday afternoon.
The program portion of the weekend took place on Saturday morning at the office of the Pontifical Mission Societies in the United States, hosted by Father Andrew Small, OMI, National Director and his staff. Presentation of 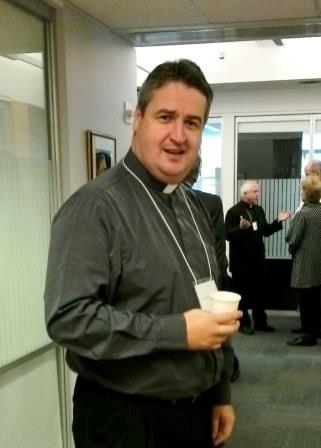 the Partnership Report by Artie Pingolt was followed by the Oblate Forum Panel:  “Understanding a Global Church”.  Reverend Seamus Finn, OMI served as moderator.  The panelists included: Ms. Kerry Robinson, President of The National Leadership Roundtable on Church Management, Rev. Dan LeBlanc, OMI, Missionary Oblates’ Liaison to the United Nations, and Rev. Andrew Small, OMI.  In developing the theme of the Forum, Father Finn led the conversation through three primary topics: missionary spirit, the relationship between Church and State, and the impact of, and reaction to Pope Francis and the first six months of his Pontificate. The very substantive and well-grounded remarks gave way to thoughtful and thought-filled observations from several attendees.
The program concluded with the presentation of the 2013 Father Joseph Gerard, OMI Award to Dana Robinson, his brother Ed Robinson. Renee Benson is the third recipient of this year’s Award. While Ms. Benson was unable to join the group, the Joseph Gerard Award will be presented to her at a Partnership gathering in San Antonio.
In his introductory remarks, Father Billy Morell, OMI gave a brief biography of Blessed Joseph Gerard who is known as the Missionary in Lesotho, South Africa, and beatified by Blessed Pope John II in 1988.   Father Billy described Blessed Joseph’s persevering missionary zeal, prayerful dedication and selfless spirit in the face of slow progress and eventual sowing and growth of the Catholic Faith among the Basotho people – spanning the last 61 years of his life, from 1853 until his death in 1914.  As he unveiled the Joseph Gerard Award, Father Billy unraveled the distinct characteristics of the Icon – as prayed and crafted by an Oblate Associate, Suzanne Manchevsky.

The 2013 Joseph Gerard Award was presented by Father Bill Antone, OMI, Provincial of the Oblates and Chairman of the Oblate Partnership, and Artie Pingolt, President of the Oblate Partnership. The Award is given to those individuals who closely identify with the Oblate charism, and whose collaboration with the Oblates reflects the missionary zeal and love of Blessed Joseph Gerard, OMI. Dana Robinson graciously offered his acceptance remarks on behalf of his brother Ed, and underscored the gift of “missionary spirit” that comes with our baptism. The same outpouring of labor and love enables and empowers us to focus our efforts and resources with determination to bring the Gospel to those who seek it, and wherever there is need.”

The weekend culminated in the group’s attendance at the Sunday morning 10:15 Mass at St. Patrick’s Cathedral as specially-seated guests of His Eminence, Timothy Cardinal Dolan, Archbishop of New York.  Cardinal Dolan was the Main Celebrant and Homilist, and was joined by several Concelebrants including: Father Andrew Small, OMI, Father Lou Studer, OMI, Father Billy Morell, OMI and Father Tom Singer, OMI.   In keeping with the celebration of the Gospel reading from St. Luke (18:1-8) and World Mission Sunday set aside by the Church for the third Sunday in October, Cardinal Dolan spoke in lively and eloquent terms of the need for persistent prayer and support of the missions.  He cited the prayerful beauty and cadence of the Rosary, and its intrinsic element in igniting 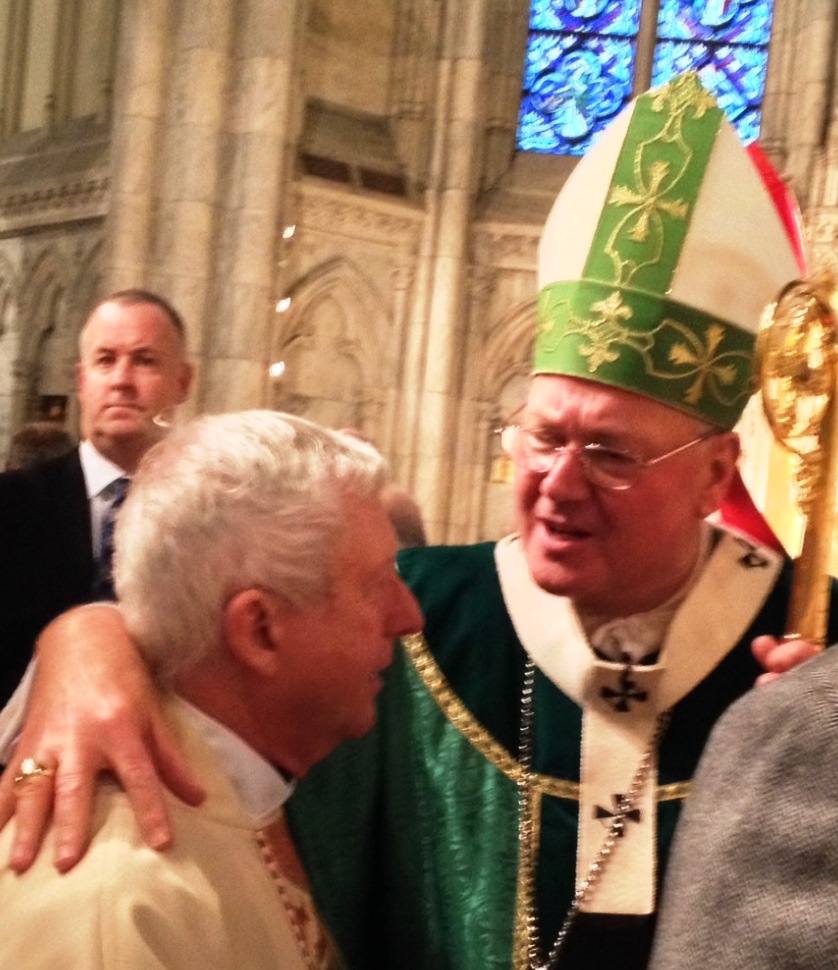 missionary zeal.  And how it is, in the words of the late Archbishop Fulton J. Sheen, that in the work of Saint Francis Xavier “’some people go’”, and “’some people stay’” as in the life of St. Therese of Lisieux, Patroness of the Missions and Doctor of the Church.”
Following Mass, the group gathered at a nearby restaurant for Sunday brunch.  They were joined by Cardinal Dolan, who personally greeted each person and posed for photographs with several Partners. 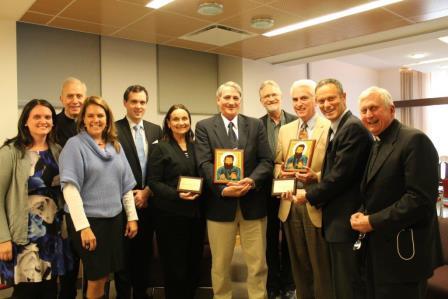