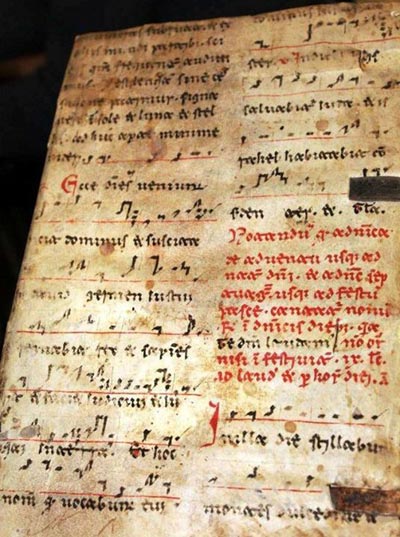 Recently there officially began the cataloging of some 20,000 volumes collected at the “St. Eugene de Mazenod Oblate Library” at Santa Maria a Vico. The library contains texts from the 1400’s to the present day, works that have been taken care of for years by the Missionary Oblates who, through their efforts, have prevented this heritage from being lost.

It is actually the largest library in the Valley of Suessola and in the Diocese of Acerra; it bears the name of the Founder of the Missionary Oblates of Mary Immaculate, Eugene de Mazenod, a French nobleman who escaped revolutionary France in 1789, taking refuge in Italy.

The collection of texts has been enriched over time by almost 20,000 volumes of books and pamphlets, among which are many rare texts such as the Calepino or Encyclopedia Treccani, dating from the 30’s, whose volume entitled “Fascism” was dictated directly by Il Duce, Benito Mussolini.

There are many texts devoted to preaching; texts by Greek and Latin authors; texts about religion; lives of the saints; theology; history; literature, to name the principal themes. The first item “deciphered,” after the recent beginning of the cataloging, is a manufragment of 8 pages on lambskin parchment, from a liturgical book which was later bound to a text from the 1500’s, coming from the Observant Franciscan convent of Jesus and Mary in Foggia; this fragment, in fair condition, contains a musical text and notes not written on a staff (something which began after the thirteenth century), but on two lines, one red to indicate Fa and another yellow to indicate Do.

Pasquale Onorati, director of the Oblate Library, is particularly enthusiastic: “The digital cataloging has finally begun and is going well; this fragment is one of the most important ever found, but we also discovered other special pieces such as some manuscripts of St. Eugene and of St. Alphonsus from the 1700’s. After having cataloged at least 4,000-5,000 volumes, we would like to organize an exhibition in the coming months to show off the most important works.” But when will facility be open to the public? “Most likely next year, after the completion of cataloging.”

Not to be forgotten is the fact that doctoral candidates in cultural heritage from the Second University of Naples will very soon have the opportunity to finish their formation at the Oblate Library: “We are also open to new agreements with the University,” adds Onorati. “We have given the name of the Founder of the Missionary Oblates to this building, but in reality the library was already dedicated to St. Eugene, as proven by the discovery of volumes used at the time of its foundation: unwittingly,” concludes Onorati, “we are also following, with this name, a tradition already mentioned by Eugene de Mazenod.” It will be the Civilization Association of Santa Maria a Vico that will manage the opening of the library, thus allowing future visitors to admire the rooms that house the volumes, thanks to an agreement signed last September between the Association and the Oblates.

To follow all the news and events regarding the cataloging of the volumes found in the Oblate Library of Santa Maria a Vico, one can find its Facebook page at this link:http://goo.gl/VP93jB (From http://interno18.it)