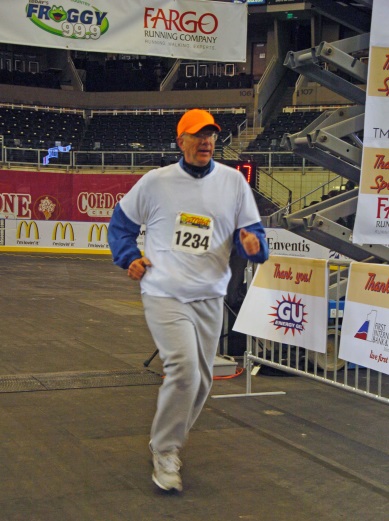 Fr. Andy Sensenig, has run more than 130 marathon miles and he is going to add another 23.2 in the Spring. It was his time spent at the novitiate where he found his motivation to start running. Fr. Bill Sheehan, who was novice director in Godfrey at the time, stressed the importance of holistic spirituality. “Body, mind, spirit are interrelated, so physical exercise is part of the process of developing a healthy spirituality,” said Fr. Bill. He was also a runner and Fr. Andy followed in his footsteps, literally.

After Fr. Andy’s time in Godfrey, he continued to run while studying at the Catholic Theological Union in Chicago. “People think they can’t do it [marathons] but that’s because they are looking at the big picture, when really they just need to take it a day at a time.” He ran his first marathon in California.

Fr. Andy has run a total of five marathons and will begin training for number six in Los Angeles next Spring. His current workout regime consists of 30 miles a week and smaller races in the meantime. Within the last month he participated in the Fargo 10K.

Fr. Andy loves participating in races, but he says that there is value in the training process too. “It’s a ministry of modeling good health. Hopefully when people see me running daily, it will grab their attention.” Fr. Andy has caught the attention of the Ogema community in Minnesota, and he has recruited some runners for smaller races.  In his last race, Fr. Andy ran with eight parishioners from St. Ann Church in Wauburn, MN.

At the age of 52, Fr. Andy says he plans on running for a while. “A lot of people are surprised that I’m a runner because I’m a priest. Their assumptions are that priesthood is for old men and they are active.” He hopes to bring the ministry outside of the church and meet people who are religious and even those who aren’t. 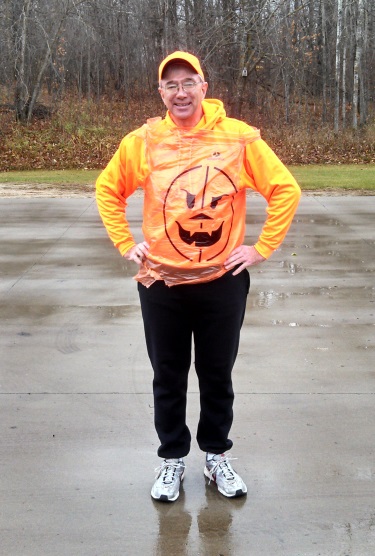 His goals for the future are to run in an ultramarathon (any event that is longer than 26.2 miles) and to start a running club at St. Ben’s. Fr. Andy says before he can start a running club he must prove it to others. “It’s one thing to tell people to do something, but if you lead by example they are a lot more willing to do it. So I need to show them what I’ve been doing.”

Fr. Andy isn’t the only Oblate taking the “holistic spirituality” approach on life. There have been several Oblates who follow in the healthy mind and body mantra, like Fr. Dwight Hoeberechts, who likes to push the importance of portion control in meals.

“My faith links into my health. I know that my life and body are an incredible gift from God. I try to do my best to take good care of it so I can be strong and healthy to do the ministry I am assigned to do. I also like to take time for my daily prayer and then just sitting in silence for an hour a day to stay in tune with Jesus. My prayer time just slows me down from what can be a busy day’s schedule.”

Fr. Andy isn’t just running for himself, but to address a national issue of obesity. “If we take care of ourselves a little each day then we might be able to turn around the idea that its normal to be obese or overweight.”