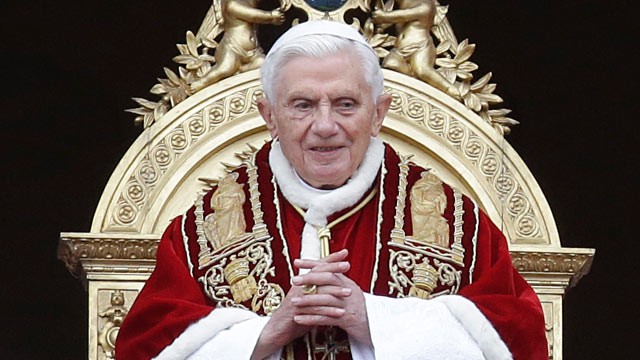 Pope Benedict XVI famously noted, as Cardinal Ratzinger, when he was attempting to assess the impact of Vatican II, that it had occurred during the same time as the optimistic, almost naïve, initial days of the administration of the first Catholic president of the United States.  Ratzinger felt that this was not an entirely good influence.

As we approach the 50th anniversary of Kennedy’s assassination, American journalists and historians are evaluating the enormous changes in the USA and the world since then.

From 1941 to 2006, my religious community, the Oblates of Mary Immaculate ministered in Appalachia, especially in West Virginia.  At that time, the Catholic population of the state was less than 5%; Protestants made up about 45% and were considered very anti-Catholic.  John F. Kennedy could only win the presidency of the USA if he won his party’s primary election in WV.

He and his younger brother Robert were stunned by the poverty they found as they campaigned there.  Rick Thompson, writing in USA Today, Oct. 28, 2013, pp. 1, 6-7, stated:

If the election did not bury the myth of Protestant intolerance, the assassination did.  The preacher’s Sunday sermon at the Baptist church in the town of War was dedicated to JFK.  The Presbyterian pastor in Welch eulogized him as “first in war, first in peace, and first in the hearts of his countrymen.”

What the mayor called simply “this terrible thing” had a “special poignancy” in McDowell County, editorialized the Welch Daily News; Kennedy visited the city three times in less than a year.

“Why,” the newspaper asked, “would anyone want to take his life?”

He’d addressed their worries, shaken their hands, remembered their names.  Which is why, a half-century later, they would recall the days Kennedy visited at least as vividly as the day he died. 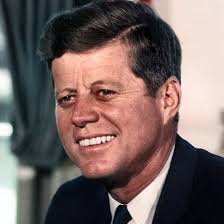 Standing on the second level of the municipal parking garage, Eleanor Breckner, 22, beheld an incongruous sight below:  a millionaire in an expensive suit, tanned from a vacation in Montego Bay, covered with coal dust.  Stranger still, here was a Catholic presidential candidate wildly cheered by Southern Baptists.

JFK was an hour late, having lingered at a coal mine where he sat against a rail car and talked with miners between shifts.  When he arrived in Welch, the crowd was so big—including shrieking teenage girls—that he had his sound truck pull outside the parking garage, despite a gathering windstorm.  He hopped on top, reached in his suit pocket and pulled out what he said was a telegram from his father, tycoon Joseph P. Kennedy, who had been accused of trying to buy his son the election.

“’Don’t buy one more vote than necessary,’” Kennedy read.  “’Damned if I’m going to pay for a landslide.’”  The candidate smiled; the crowd roared….

On Primary Day, Kennedy got 61% of the vote in a 95% Protestant state—and a clear path to the nomination.

His victory helped make a reputedly backward state—stereotypically, a land of toothless, unschooled, moonshining hillbillies—seem a model of tolerance.

Kennedy’s first executive order as president started a pilot food stamp program.  On May 29, 1961, he sent his secretary of Agriculture to Welch to deliver the nation’s first food stamps–$95 worth—to Alderson Muncy, an unemployed mineworker with 13 children.

There is a great deal of controversy over JFK’s Catholicism, and the effect of his election on the Catholic Church in the USA.  Did Catholics in particular and Christians in general become more effective witnesses to Christ and His Family?

Probably most would agree that his election, his thousand day presidency, and assassination did make it easier for Americans of all kinds to work together to lessen racism, poverty and ignorance.  How long that attitude endured is another question.

USA Today and National Geographic will be having special editions as Nov. 22, 2013 nears.

For the quip with which one Protestant, Adlai Stevenson, challenged another Protestant, Norman Vincent Peale’s anti-Catholicism during the 1960 campaign,  see the Christian Joy page, “ for past items,” of the Mission Unity Dialogue website sponsored by the Oblates in the USA:  www.harrywinter.org.

Pope Francis is the first pope in 50 years who was not directly involved in Vatican II.  It will be interesting, as Nov. 22 approaches, to see if he comments, during his Wednesday audience of Nov. 20, or on Nov. 22 itself, about the assassination of JFK and any link to the heady times of Vatican II.