It was December 8 when we opened, in the Cameroon Province, the triennium for the bicentennial of the existence of the Congregation of the Missionary Oblates of Mary Immaculate. There was a happy coincidence and a providential circumstance. We were in the parish of Christ the Savior in Bangué. The inauguration took place at the Mass of Thanksgiving Father Thomas BANG, ordained the previous day at the Cathedral of Saints Peter and Paul in Douala with the imposition of hands by Bishop Samuel Kleda. 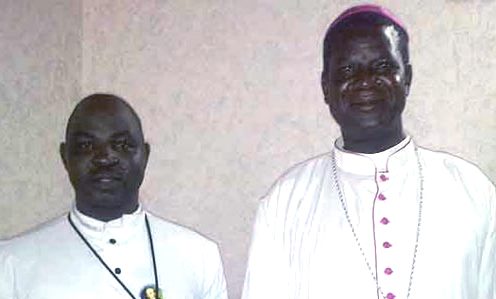 The homily by Father François CARPENTIER presented the entire Oblate mission since 1826; it announced the next mission of the new priest; and it motivated or stimulated the vocation of more than one young person, with meaningful catchphrases that were challenging yet joyful. 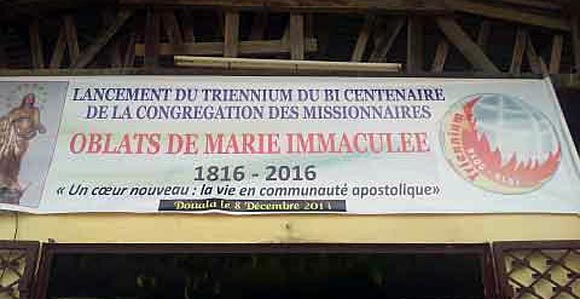 Then the awaited moment arrived. After communion, Father Provincial, Fr. Raymond NANI, announced the program of the Triennium from the pulpit. With fireworks, symbol of the burning flame of love or zeal for the mission, the three-year celebration began. The church was full of trills of joy by the most beautiful voices, especially for the symbol of the Holy Spirit, when Father Provincial let fly a dove presented by a Christian woman of the parish. Father Provincial came on strong. One could say that he focused his words for all the Oblates present on this first year which celebrates community in view of the observance of chastity. It was as if to say that good community life would avoid any misunderstanding about the experience of chastity. 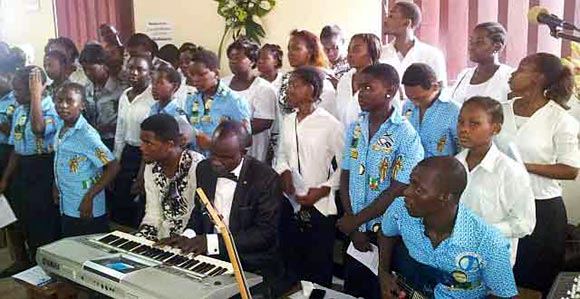 Indeed, from 8 December 2013 to 07 December 2014, the entire Congregation, at least the province of Cameroon, will live the grace of apostolic community or will put into practice the last General Chapter which called loudly for the conversion to community life . (Schol. Bro. Pascal KIDARI in www.omicameroun.com)