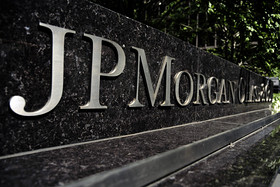 Religious shareholder groups are asking J.P. Morgan Chase & Co. JPM +0.05%, Bank of America Corp. BAC +0.13% and Wells Fargo & Co. WFC -0.08% for a clearer picture of how the banks are cleaning up after a flood of legal scandals and regulatory probes.

Missionary Oblates of Mary Immaculate, Sisters of Charity of Saint Elizabeth and other members of the Interfaith Center on Corporate Responsibility (ICCR) have submitted shareholder proposals at all three banks asking for a “report on business standards.”

“We believe shareholders deserve a full report on what the bank has done to end these unethical activities, to rebuild credibility and provide new strong, effective checks and balances within the bank,” the shareholders write in the Wells Fargo proposal, with similar language for the other two banks. “While press releases describe specific settlements or new reforms, the overall picture has not been reported adequately to shareholders.”

The banks’ annual meetings, when shareholders vote on such proposals, don’t take place until the spring, and it’s still too early to tell how the season might play out. But the ICCR requests, seen by MarketWatch, signal that investor unhappiness is still a concern for the companies, even as the financial crisis recedes farther in the rear-view mirror.

Last year’s meeting season was dominated by a campaign at J.P. Morgan to separate the roles of CEO and chairman, a proposal that ICCR supported. It failed, and both jobs are still held by Jamie Dimon, though the bank worked hard to defeat the campaign. A nonprofit family foundation called the Needmor Fund has filed a similar proposal at J.P. Morgan this year.

In their requests for the business-standards reports, the ICCR shareholders say that the big financial penalties over scandals like J.P. Morgan’s London Whale trading loss and discriminatory lending at Wells Fargo aren’t enough to restore trust — theirs or regulators’. Media statements about each settlement or each new business practice don’t adequately give shareholders “the overall picture,” they add.

ICCR wants the reports to include what the banks are doing to rebuild employees’ “commitment to ethics,” protect whistleblowers and rein in risk.

Father Seamus Finn, a board member of ICCR, called the requests “a win-win” for the banks and shareholders, giving them an opportunity to showcase how they’re addressing “the many issues of the day.” 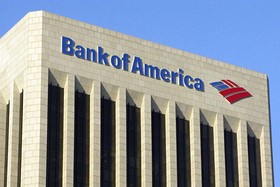 Companies usually oppose shareholder proposals, and there’s no guarantee that these will end up on the ballots in the spring. The banks could try to get permission from the Securities and Exchange Commission to leave them off the ballots. Or they could work behind the scenes with the shareholders and persuade them to withdraw.

Bank of America spokesman Larry Grayson and J.P. Morgan spokesman Mark Kornblau declined to comment. Wells Fargo spokesman Ancel Martinez said the bank has received the ICCR’s letter and is “reviewing it just as we do with all other proposals.”

ICCR members are familiar fixtures at the bank shareholder meetings. For years they’ve been pushing for changes like more disclosure around political contributions, or a closer look at expensive loans marketed to poor customers.

At Goldman Sachs’s 2012 meeting, Sister Barbara Aires of Sisters of Charity of Saint Elizabeth asked CEO Lloyd Blankfein for more information about the bank’s new business standards, and Blankfein replied that she sounded a lot like a Goldman executive.

“Maybe you can hire me,” Aires replied.

“I don’t think we can outbid your current boss,” Blankfein quipped.