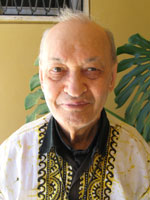 “In our day…!” Often Brother Vito DI BIASE would lament the past as he faithfully carried out his duties at the General House. On January 10, 2014, he went to his eternal reward at the Oblate community in Santa Maria a Vico, Italy, where he had moved in 2012 after 60 years of service at the International Scholasticate (until 1959) and then at the General House. He had arrived for the first time at the community in Santa Maria a Vico to begin his Oblate formation in 1938. He ended his earthly journey in the same place, which happens to be the first Oblate community in the former Italian Province. He had pronounced his first vows in 1941, in the midst of an ugly war that caused him much personal distress.

Countless visitors at the General House will remember Brother Vito who preferred to speak only Italian, although it is suspected that he knew more French than he would admit. But in English, he could wish his fellow Oblates “Good appetite!”

Fr. Fabio CIARDI, in his personal blog, sums up beautifully the personality of Brother Vito: “Discipline! Silence! In the days of Father LABOURÉ….” It was Brother Vito’s theme song, as he lamented the fact that in the house there was too much noise (some tiny disruption in the long, silent corridors!); that there was no longer the strictness of the beautiful days when Fr. Labouré was Superior General (in the 1930’s!).

“Were those days really better?” I asked him when he came by my office to stop and chat. And he would answer immediately: “No, no, these days are better, even without the silence and the discipline. Now people love each other more.” 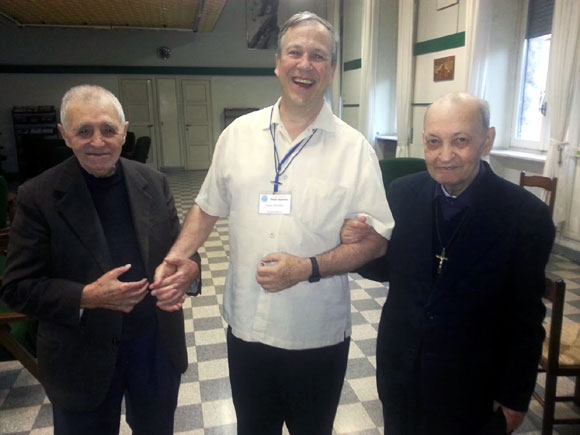 He suffered in his days because there was the old mentality (not so much Christian but rather the legacy of feudal customs) of the rigid division between the Fathers and the Brothers.

Now old and sick, he spent his days praying the rosary and watering the flowers on the window sills. From the past, he kept the good traditions of punctuality, regular faithfulness to community prayer and a sense of sacrifice.

Yesterday when I went to see him at Santa Maria a Vico, in Caserta, where for a year he had retired in the infirmary, I was greeted with the usual smile in his eyes. He left us for Heaven 24 hours later. Like every Oblate, he presented himself at the gates of Heaven with this passport: “I am an Oblate of Mary Immaculate.” Eugene said that that was enough to get in.

At his funeral at Santa Maria a Vico, in the presence of about 30 Oblates, the homilist was Fr. Gilberto PIÑÓN, Assistant General and former superior of the General House. He remarked: “Bro. Vito has already reached his final day. And we give thanks to God for the gifts received in the person of Bro. Vito: gifts of service and the witness of his religious life. Bro. Vito not only survived the Second World War but many other types of “wars” that he experienced in so many years spent in religious life: wars of fatigue in the humble service of a Brother, wars of illness.

“Often he said: “I remember our old days…”, remembering religious life before Vatican II as he continued his life of service, always remembering in his heart “those days”, but accepting the newness of consecrated life. It was not easy, but he leaves us with a very valuable testimony of Oblate perseverance.”