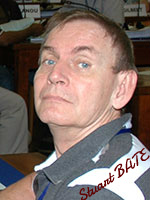 The South African Catholic Bishops’ Conference (SACBC) AIDS Office and St Joseph’s Theological institute launched a book called “Catholic Responses to AIDS in Southern Africa” during the plenary session of the bishops of the SACBC on 25 January 2014 in Manzini. The book was edited by Stuart BATE, OMI, and Alsison Munro, OP.

The book looks at the response of the Church over the past thirty years as discussed at a theological conference held at St Joseph’s Theological institute in Cedara, KwaZulu Natal in January 2013. Different papers examine the response in urban and rural dioceses, theology of sin in the context of AIDS, the tricky question for the Catholic Church regarding the use of condoms, HIV testing for candidates to seminaries and religious life, AIDS as a theme in spiritual direction, as well as AIDS and inter- religious dialogue.

Worldwide, Southern Africa has been the region most affected by HIV and AIDS. In 2011 it was estimated that about 10% of the population was HIV positive. But a much higher percentage of the population has been affected by the consequences of infection. Many have had to deal with the care and support of family and friends infected by HIV. Many others have been affected by the loss of parents or other significant others as a result of AIDS related deaths. This includes up to 2 million “AIDS orphans.”

The Catholic Church in Southern Africa has been one of the principal players in the response to this crisis. From a relatively slow beginning in the 1980s it had become a major provider of health care and information on HIV prevention by the early 21st century. This book examines both the pastoral outreach and the theological motivation for this involvement. Despite a pastoral response in health care and social outreach quite out of proportion to the size of the Church in this region, the Catholic Church is largely viewed by society as having a negative impact on the scourge. A simple Google search of “AIDS and Catholic Church” reveals (apart from Catholic Church sites) an almost entirely negative set of comments focusing on only one thing: Condoms. That such a single minded universal scapegoating dominates is a sad reflection on the manipulation of truth in the modern world. It shows how control of the means of production in information technology creates hegemony based on secularist philosophical approaches to libertarianism in sexual freedom. The reality is much wider and much more nuanced than this prejudice. This book hopes to play a small role in redressing the balance.