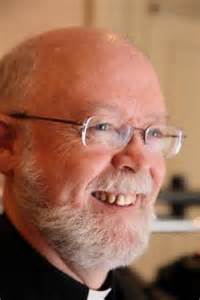 As Joseph Ratzinger once wrote, Catholics are on the Way. The Way is Christ. What does this mean for clergy? You can turn any part of spiritual or temporal life into a checklist of fascinations or in Ratzinger’s words “religions.” First-century pagan life was like this and still is today. Ratzinger’s point was that being Catholic means either following the Way or, in the case of a priest, frittering life away by having several “religions” like being a snob, ageism, seeking power, social standing, the next promotion, etc.

Writing about Catholic clergy is extremely difficult because over the years so many cultures have had a go at redefining the clergy so that they don’t disrupt things. Clergy in the United States are the inheritors of the European tradition of the clergy (Protestant and Catholic) as landed gentry whose social rank precludes dirtying one’s hands with things like teaching people. No smelling like the sheep here! This also might explain why so many associate pastors have a terrible time with their pastors.

Despite this crushing cultural pressure, theologically, Catholic priesthood is all about sacrifice. It is about the sacrifice of Christ on the Cross and the vocation to participate in its continuing presence. There is nothing else, nothing about social or financial status. The priest starts out a layman who is baptized and introduced into the sacrificial life – following God’s will as Jesus does. The way Vatican II put it: “all the disciples of Christ, persevering in prayer and praising God, should present themselves as a living sacrifice, holy and pleasing to God.” As baptized persons, future clergy learn about love, prayer, praise, love of neighbor – all sacrificial acts. This is the common priesthood of the laity.

Then with ordination: “The ministerial priest, by the sacred power he enjoys, teaches and rules the priestly people; acting in the person of Christ, he makes present the Eucharistic sacrifice, and offers it to God in the name of all the people.” (Vatican II) His baptismal mission is not negated. Instead the ordinand enters a new mode of existence including the public offering of the Eucharistic sacrifice.

The ongoing spiritual sacrifices and the official public leadership are the priest’s participation in the sacrifice of Christ himself, incarnating the Father’s will each moment. This is the Christ who washed the feet of his disciples. Not a landowner in sight. In fact: “Their ministry itself, by a special title, forbids that they be conformed to this world.” (Vatican II again.)

Their teaching, sanctifying, and governing make the priest the linchpin of the ecclesial community. Most of what happens in the Church community depends on his goodwill. The priest is united with his bishops and “must therefore stand by their bishops in sincere charity and obedience.” But this relationship is sometimes poisoned by a modern cultural ill: everyone is now a lawyer, so to speak, always asserting rights and imagining new ones. Trust is in short supply.

Consequently, the fact that “upon the bishops rests the heavy responsibility for the sanctity of their priests” (Vatican II) really is up to the goodwill of the bishop and the priests. The unique relation between bishops and priests is really a Christian one and not a merely legal one. Christian charity and obedience are needed rather than playing out some Hobbesian farce where priests compete with and oppose bishops.

The relation between priest and bishop arises from sharing in the priesthood of Christ, the bishop fully and the priest partially: “In the bishops … for whom priests are assistants, Our Lord Jesus Christ, the Supreme High Priest, is present in the midst of those who believe.”(Vatican II) Candidates therefore should actually be capable of exercising this kind of relationship as well relating lovingly to their people.

Clergy are male because Christ is male and he is “the type of ordained ministry willed by the Lord Jesus Christ and carefully maintained by the Apostles.” (CDF) Obliterating gender differences in our culture merely seeks to deny them; it does not make them cease to exist. The community’s relationship to Christ is gendered. (Ephesians 5) It is spousal. The community’s relationship to the priest is gendered. It is spousal. The community is spiritually “feminine” with respect to the masculine priest. Which is why it would flourish with more masculine clergy.

Finally, we ought to note that clergy participate in the ministry of the Word. For bishops: “the preaching of the Gospel occupies an eminent place.”(Vatican II) For priests: “the priest is first of all a minister of the word of God, consecrated and sent to announce the Good News of the Kingdom to all.”(John Paul II)

Saint John Vianney, the Patron Saint of Clergy, was not chosen as a representative of an unattainable ideal, but as a practical demonstration that it is perfectly possible for a priest to teach the faith to his parishioners for most of his day, with extensive prayer. This is what it means when God says he “will give you shepherds after my own heart.” (Jeremiah 3:15) The Word continues his ministry. He is the Way for clergy too.

Fr. Bevil Bramwell, OMI PhD is the former Undergraduate Dean at Catholic Distance University. His books are Laity: Beautiful, Good and True and The World of the Sacraments.