The Inequality Debate Heats Up!

Originally Published on the Huffington Post, see the article HERE 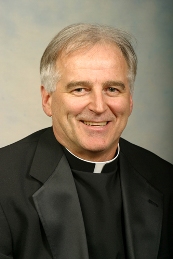 What started out as a slogan that surfaced at the height of the Occupy movement — the 1 percent vs the 99 percent — has morphed into the hotly debated issue of inequality, especially income inequality. Across a broad spectrum ranging from Pope Francis to billionaire Tom Perkins, a variety of reflections, analysis, explanation and apologies have been offered.

The executive director of the International Monetary Fund, Ms. Christine Lagarde, entered the conversation at the macroeconomic level when she stated recently at Davos, “The gap has been widening tremendously, particularly over the last ten years and it has widened in all corners. You look at the U.S. economy. You look at the Brazilian economy. You look at some of the developing countries although to a lesser degree, but it does… that inequality has expanded.”

In the Richard Dimbleby Lecture in London she offered a more extensive analysis:

“Let me be frank: in the past, economists have underestimated the importance of inequality. They have focused on economic growth, on the size of the pie rather than its distribution. Today, we are more keenly aware of the damage done by inequality. Put simply, a severely skewed income distribution harms the pace and sustainability of growth over the longer term. It leads to an economy of exclusion, and a wasteland of discarded potential.”

This debate has played out over the ages in numerous venues. The Bible is filled with warnings about the dangers of wealth and the responsibility to take care of the widow, the orphan and the stranger in the community. The contrast is starkly portrayed in the judgment scene story of Dives and Lazarus as they are confronted with the consequences of their behavior during their lifetimes. Finally the Gospels of Matthew and Mark record the following admonition coming from Jesus: “It is easier for a camel to pass through the eye of a needle than for a rich man to enter the kingdom of God.”

In his exhortation Evangelii Gaudium, Pope Francis raised a number of issues that are pertinent in this debate. First on “trickle-down theories” and those who are continually its staunch defenders, he writes: “This opinion, which has never been confirmed by the facts, expresses a crude and naïve trust in the goodness of those wielding economic power and in the sacralized workings of the prevailing economic system.” On the burdens that are carried by those excluded and marginalized he continues, “Meanwhile, the excluded are still waiting. To sustain a lifestyle which excludes others, or to sustain enthusiasm for that selfish ideal, a globalization of indifference has developed.”

Much has also been written about the extent of the luxury, comfort and opulence that some of the very rich have sought and established for themselves and their families. This includes a lifestyle that is in numerous ways hidden behind gates and walls, predicated on the access and influence that money and power can purchase and featured on the silver screen, in the style section of the newspaper and inside the covers of the glossy, chic publications.

More recently a number of the very rich have protested the ways in which they are being singled out for their wealth and unfairly blamed for the poverty and inequality trap that millions of people experience. Having grown accustomed to and convinced by the ideology that a “rising tide” raises all boats and the narrative that they have created numerous jobs and great opportunity in the process of their wealth accumulation, they feel unfairly judged and unjustly vilified.

The U.S. billionaire, Tom Perkins, took to the pages of The Wall Street Journal lately to protest the growing attacks on the 1 percent in the U.S. and saw in it “parallels of fascist Nazi Germany to its war on its ‘one percent,’ namely its Jews, to the progressive war on the American one percent, namely the ‘rich.'” He goes on to give specific examples of people and instances of where he sees this demonization happening and includes the Occupy movement and the local newspaper in making his case. “From the Occupy movement to the demonization of the rich embedded in virtually every word of our local newspaper, the San Francisco Chronicle, I perceive a rising tide of hatred of the successful one percent.” In later comments he tried to walk back his initial parallel with Nazi Germany.

Ms. Lagarde describes the consequences of inequality from an economic perspective as a self-fulfilling cycle; less growth, fewer jobs, less sustainability. Pope Francis speaks to the reality from a theological and moral perspective when he asks why a drop in the stock market gets more of our attention than the death of the homeless elderly because of inadequate shelter. Mr. Perkins seems either oblivious to the mounting challenges and questions that the situation presents though obviously perturbed. In search of a response that is compelling, constructive and comprehensive we need to vigorously engage and test each of these perspectives.