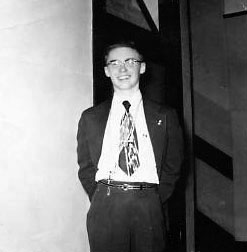 In my nearly 55 years as an Oblate of Mary Immaculate, I have celebrated “Oblate Day” or “Founder’s Day” frequently, sometimes with festivity and sometimes quietly. But I will always remember February 17, 1955. That was my most emotional Oblate Day. It was then that I received the Junior Oblate Cross!

As an Oblate, I consider myself among the “lifers,” those who already as teenagers entered the Oblate juniorate or minor seminary. At Our Lady of the Ozarks in Carthage, Missouri, we had the custom used in many Oblate juniorates throughout the world: the bestowal of the Junior Oblate cross. I still have mine; it’s only 4½ inches long, smaller than what was given in some other juniorates, but for me and for my contemporaries, it seemed larger and was worn proudly, either in the belt or in an upper shirt pocket, and with a cord and tassels similar to those of the Oblate priests and Brothers. In some ways, receiving this cross was an initiation: a new relationship with the Oblates had begun. We were in some small way a part of the Oblate family, a part of the Oblates’ history.

To be eligible to receive this cross, at Carthage, we had to have been a student for a year and a half. We also had to read a small biography of the Oblate Founder, then known to us simply as “Bishop de Mazenod” but now as St. Eugene. And what seemed like the most difficult thing of all, we had to have an oral examination on what we had read in the office of the Oblate superior of the juniorate. I remember standing in line, nervously waiting for my turn to go in.

It was only as my years of Oblate training progressed that I came to know the future saint better…to know him and appreciate him. They did not talk about the “Oblate charism” in those pre-Vatican II days. Only in the novitiate do I recall hearing something about the “Oblate spirit” which St. Eugene passed on to his followers.

But the cross! Yes, the cross was part of what being an Oblate meant and part of the experience of bonding with the Oblates, a tangible sign that I was becoming part of something much bigger and important than my own little person. 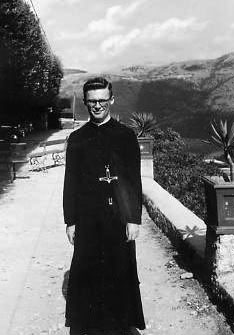 Seven years after receiving that small replica of the Oblate cross, I received the “real thing” on the day of my perpetual profession of vows, September 8, 1962.

By then I knew more about the young nobleman of Aix-en-Provence, France, whose focus on the cross of Jesus Christ led him to personal conversion and to a vocation that would include preaching “Christ crucified.”

It was before the cross of Christ that young Eugene de Mazenod had a life-changing experience of the love of the crucified Jesus for each individual. In his retreat notes of 1814, he would recall an event that took place a few years before: “Can I forget the bitter tears that the sight of the cross brought streaming from my eyes one Good Friday? Indeed they welled up from the heart, there was no checking them, they were too abundant for me to be able to hide them from those who like myself were assisting at that moving ceremony.”

When he founded his Congregation of missionary preachers, he would have them wear the cross as the principal outward sign of their mandate to preach the Good News. In the Oblate Rule of 1818, he wrote: “They will have no other distinguishing mark except that which is proper to their ministry, namely the image of the Crucified Lord. This crucifix will serve as the credentials of their embassy to the different peoples to whom they are sent. It will be a perpetual reminder to the missionaries themselves of the humility, patience, charity, modesty and of all the other virtues with which they are to carry out their most holy and sublime ministry.”

So the Oblate cross is more than simply a decoration. It reminds the Oblate of the principal theme of all that we are about. As our current Constitutions and Rules put it, paraphrasing a number of things written by St. Eugene: The cross of Jesus Christ is central to our mission. Like the apostle Paul, we “preach Christ and him crucified” (1 Cor 2:2). 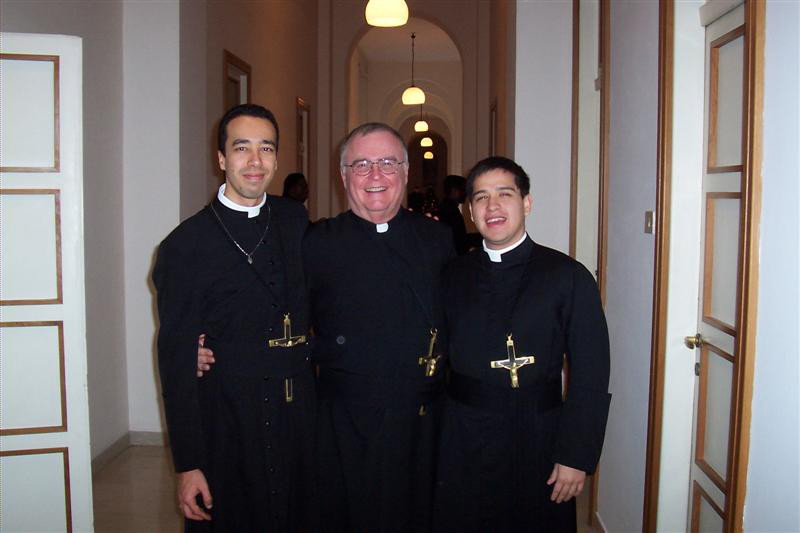 Today, this cross of Jesus Christ continues to be worn proudly (even in miniature versions) by Oblates, candidates for Oblate life and Oblate associates. It is still a symbol of our belonging to something bigger than we are; it is a symbol of our belonging to a mission once assumed by a young nobleman of France in 1816 and which continues to spread the message of the Crucified One. One of our old Oblate logos said it well: “The Oblate Cross covers the world.”