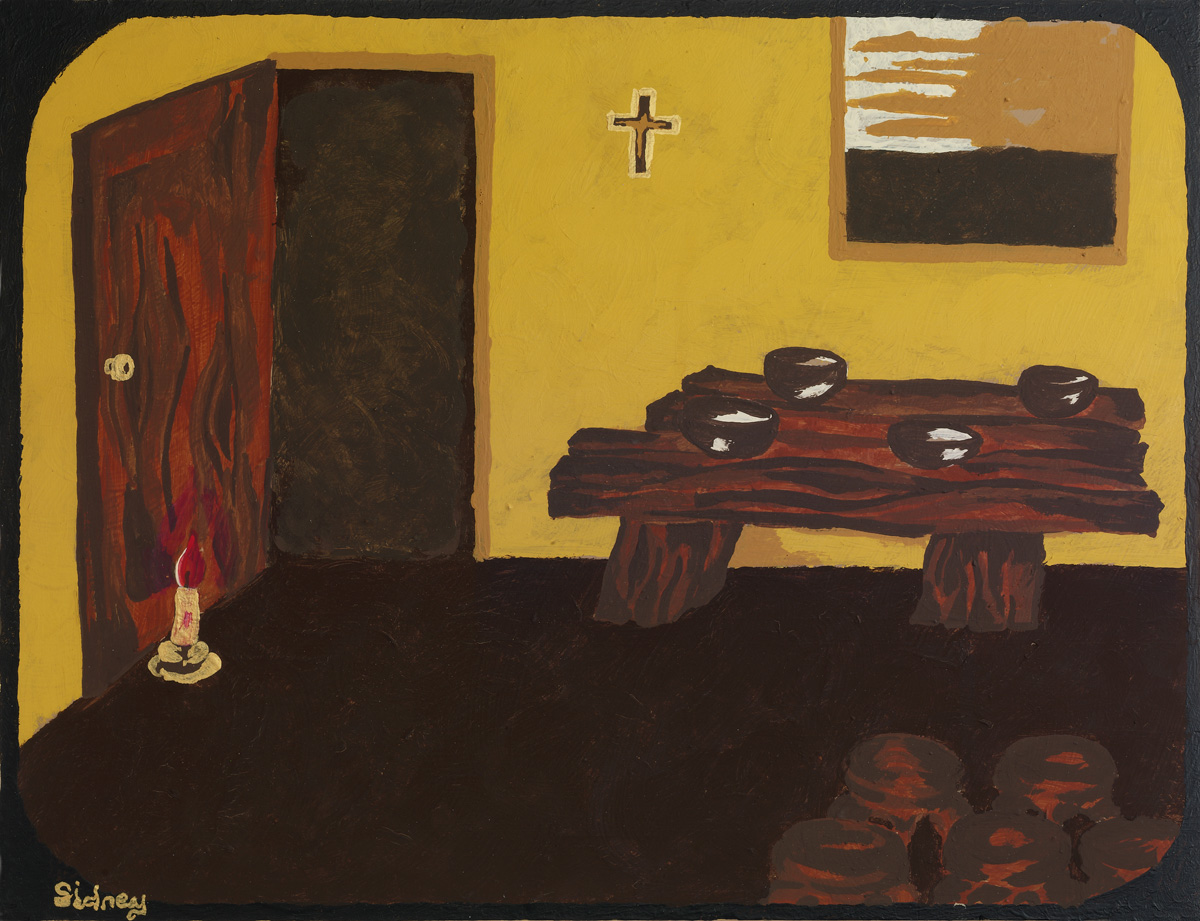 January 25 marked the Anniversary of the first gathering to share the charism of St. Eugene de Mazenod.  Although February 17, 1826, is the Anniversary of papal approval of the Oblate’s Constitution and Rule, it was on January 25, 1816 that St. Eugene gathered a group of five other priests and asked the archdiocese of Aix for approval to live in community as the Missionaries of Provence.  The Novitiate in Godfrey, IL., celebrated the Anniversary with a special meal and prayer.  Prior to the meal and following a reading about an experience St. Eugene had in Rome when having his feet washed, the novitiate community knelt down and washed each other’s feet.

This year was the 198th Anniversary and one former novice used his artistic talent to express the significance of this day. “The ‘First Supper’ painting touched my faith in a very particular way.  It sprung from an experience of a beautiful meal to commemorate the foundation day of our congregation, OMI.  That evening [Jan. 25] was shared in great fraternity, and the faith and vision of the first Oblates was brought to life by revisiting stories and sharing around the tables in a spirit of brotherhood.  Fr. Jack Lau, OMI proposed the idea of painting my experience of that evening while it was still burning within me,” said Sidney Sakala, OMI. 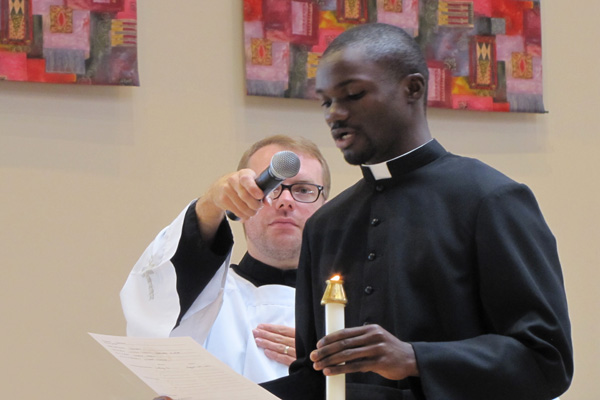 Brother Sakala, who is now studying in Cameroon, painted two photos, the “First Supper” and another depicting St. Eugene’s face and the Oblate cross.  Sidney has been painting since he was young, but began attending art classes in the ninth grade.  What started out as pencil sketches turned into a life-long passion of his, “I intend to continue painting for it is a huge part of my life.”

Brother Sakala found a way to combine his passion for painting and devotion to faith, “Faith touches a huge part of my life and I am blessed in so many ways to express this relationship I have with God.” His artwork can be found hanging around the halls of the pre-novitiate in Godfrey.

The Zambian Oblate also writes poetry and sings.  After the celebration of his first vows in August 2013, Sakala and his four classmates led friends and family in a Zambian song and dance.

Sakala says he has high hopes for the Oblate congregation.  “I hope that we will continue to make an effort and bring to life what we hold as core to our life in community and ministry.  The creation of art works, stories and all talents that touch our Charism is of great importance.”