By Joshua J. McElwee and Originally Published February 24, 2014 by the National Catholic Reporter 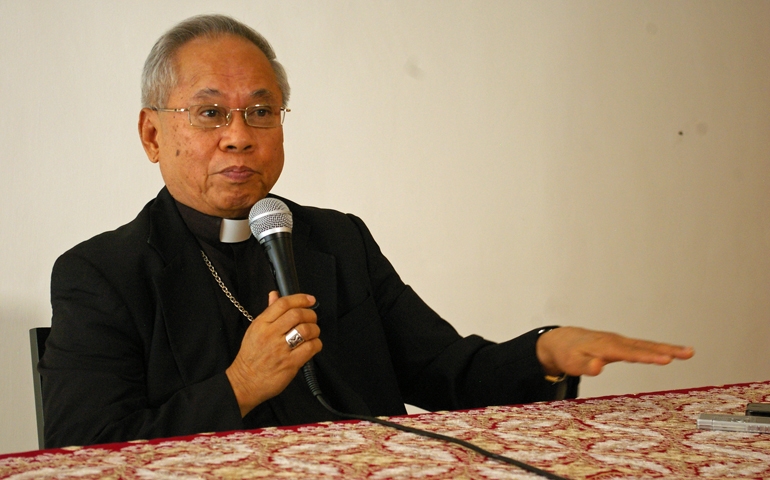 The Catholic church must fundamentally reorient itself to place its institutions and financial resources at the service of the world’s poor, one of the 19 new members of the select and powerful group of church prelates known as the College of Cardinals said.

“The origin of the church is poverty,” said Philippine Cardinal Orlando Quevedo. “And the journey of Jesus Christ was the journey with poor people.”

“Today, the church has riches, institutions,” Quevedo continued. “But I would like to think that the only way the church can redeem these resources as well as its institutions would be to place them at the service of justice and of the poor for the sake of the kingdom of God.”

Quevedo, who heads the Philippines’ Cotabato archdiocese, was made a cardinal along with 18 other prelates in a ceremony Francis led Saturday. He hosted an hourlong press briefing Friday at the Pontifical Filipino College in Rome.

He spoke of an Asian vision of church built on basic ecclesial communities with a collaborative leadership style.

Click HERE to read the rest of the story at NCRonline.org