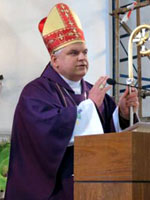 Simferopol is the capital of the Autonomous Republic of Crimea in Ukraine. As such, it has been the scene of great tension in the conflicts of late February and early March. The Auxiliary Bishop of Odessa-Simferopol is an Oblate of Mary Immaculate, Bishop Jacek PYL, ordained to the episcopacy in January 2013. On 26 February 2014, Bishop Pyl released the following statement.

For many weeks now, the Roman Catholic Church has been accompanying with her prayers the whole of Ukraine, praying for the peaceful solution to the problems with which the country is struggling. In our prayers we ask God for his mercy for all Ukrainian people and we also offer voluntary fasting on bread and water for the same intention. Today, as the unrest has encompassed the Crimean territory, we want to pray especially for our peninsula. With our prayers, we reach out to all the people, regardless of their religion, political views or ethnic background. We pray that the people, who for decades have lived in peace, will not start fighting today and that the bloodshed of the kind we have seen in Kiev’s Maidan (Independence Square) may be avoided here. 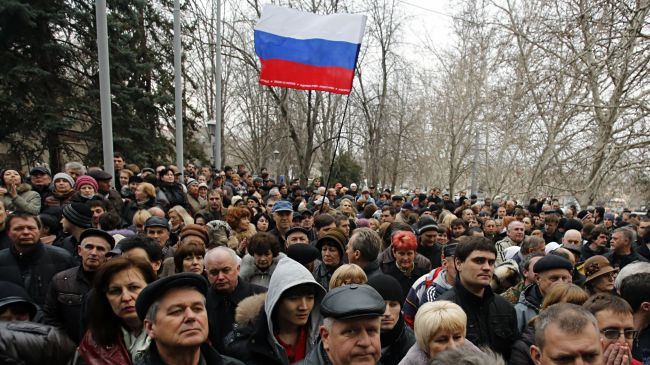 I am calling on all people, both the faithful and others, that in the name of solidarity with the heritage of our Fathers, who cared for the development of our Autonomous Republic of Crimea, to avoid extremism and, in this difficult time, to not let the brotherhood among Crimean people be broken. In ARoC we have Ukrainians, Russians, Crimean Tartars, Armenians, Poles, Germans, Czechs and many others living peacefully together. For many centuries we have had the Orthodox, Muslims, Protestants, Catholics, Jews, Caraims and people of other denominations, together with atheists, living in Crimea. We cannot let our ethnic background nor our religion divide us now. We are children of the same God, the only God, who is our common Father. The motto of the Republic of Crimea which is inscribed into our coat of arms is “Blooming in unity.” May these words be our motto for the difficult time now.

I would like to reach out with my words to the faithful of all denominations that they keep praying for peace, and that those who have decided to do so, continue voluntarily fasting. May the Good God free our hearts from all evil temptations and may he bless our good intentions.