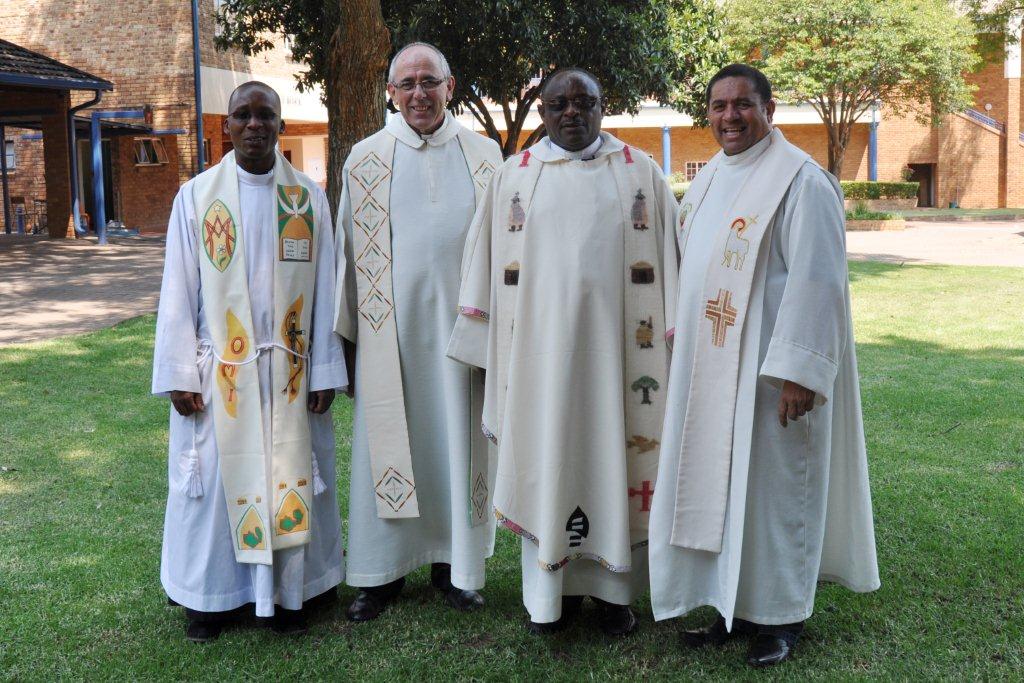 On Friday, 24 January 2014, we officially opened the 2014 school year at St Benedict’s with our traditional Academic Mass. The boys and staff from all three sections of our school as well as visiting parents gathered in the Multipurpose Hall at 9:00 for the occasion. We were joined by our erstwhile Head, Tony Dobson and School Chaplain, Sr Lorna Costa. We are always delighted to host these two dear friends of our school.

The Induction of the Preparatory School leaders and a blessing of all our sports captains and leaders was included in the morning’s proceedings and followed the Celebration of the Holy Eucharist.

The occasion also served to highlight the benefits of being blessed with a fulltime chaplain. Fr Vitalis had invited an additional three OMI priests to concelebrate Holy Mass: Fr Terry Barnard, the current Oblate Provincial who is nearing the end of his term of office; Fr Tony Daniels, our former school chaplain and Fr Thabang 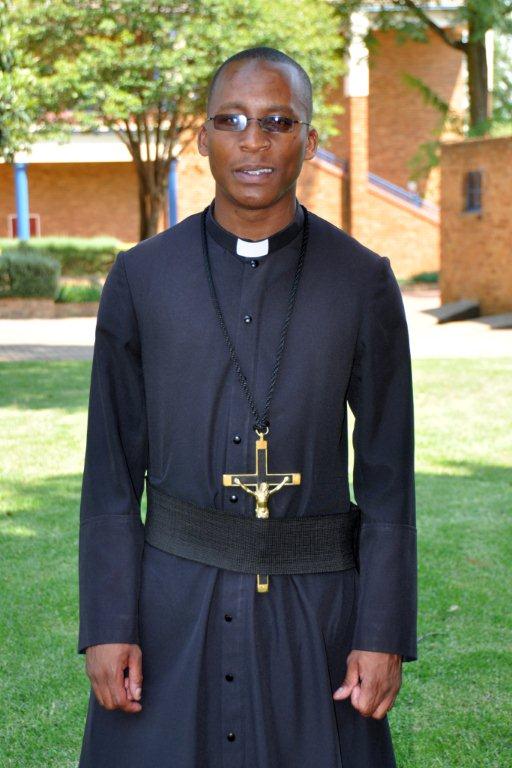 Nkadimeng who has just returned from his studies overseas. With four priests concelebrating our Academic Mass, I have no doubt that we will experience bucket loads of blessings during 2014.

The day’s celebration was also made even more meaningful and special by the history behind the Oblate Cross that Father Thabang has inherited.  A bit of a background in this respect many be useful to the average reader:

The leading theme of the life of St Eugene de Mazenod, the founder of the Oblates of Mary Immaculate was to be the “glorious instruments of the eternal salvation of souls created in God’s image and redeemed by His blood.”  This theme was embodied by the Oblate Cross which St Eugene saw as an essential tool of evangelization.

“Saint Eugene’s passion for the cross was something he instilled in all of his Oblate brothers as he adopted the cross as a crucial sign in the charism and mission of the Missionary Oblates.  He felt that the cross was a sign of Jesus’ sacrifice which redeems sinners and re-establishes the covenant with God. Furthermore, it was a sign of love and reconciliation. It was an essential sign of conversion because it represented the sign of utmost human poverty in suffering and death, as well as Divine Mercy.

The founder wished each of his missionary sons to wear a missionary cross as a distinctive sign of conversion. He wanted the cross to be “a sacred sign of our apostolic mission” as well as “an essential part of our religious habit. . . given on the day of profession as a distinctive sign of our ministry.”  Oblates have since always carried their Oblate Crosses to their missions around the world as a sign of God’s mercy, and as a constant reminder of the virtues of humility, charity, and modesty.

By 1830, the passing on of the missionary crosses from deceased Oblates to new Oblates was already part of the Oblate tradition.  Each new Oblate received the cross of one of his deceased brothers so that he could be inspired by and further the legacy of his deceased brother.  This tradition of passing on the Oblate Cross is still an important part of Oblate perpetual vows ceremonies.  The passing on of the Oblate Cross is not just a continuance of the legacy of St. Eugene De Mazenod but it is also a symbol of Oblate brotherhood in Christ.

In his homily, Fr Thabang share will us the fact that the Oblate Cross he has inherited is the cross which was also carried by Fr Erasme, the “founding” principal of our school. The cross was then passed on to Fr Peter Galloway, a St Benedict’s old boy who joined the Oblates and for many years was instrumental in the governance of our school. I remember Fr Galloway fondly as he was the oblate provincial when I was first appointed at St Benedict’s. I recall sitting next to him at our first board dinner and being so impressed by his tender humility.

This small and seemingly insignificant moment in the history of our school reminded us all of the heritage and mission of our founding fathers. We can all do well to emulate them – if not in vocation, certainly in character and demeanor.