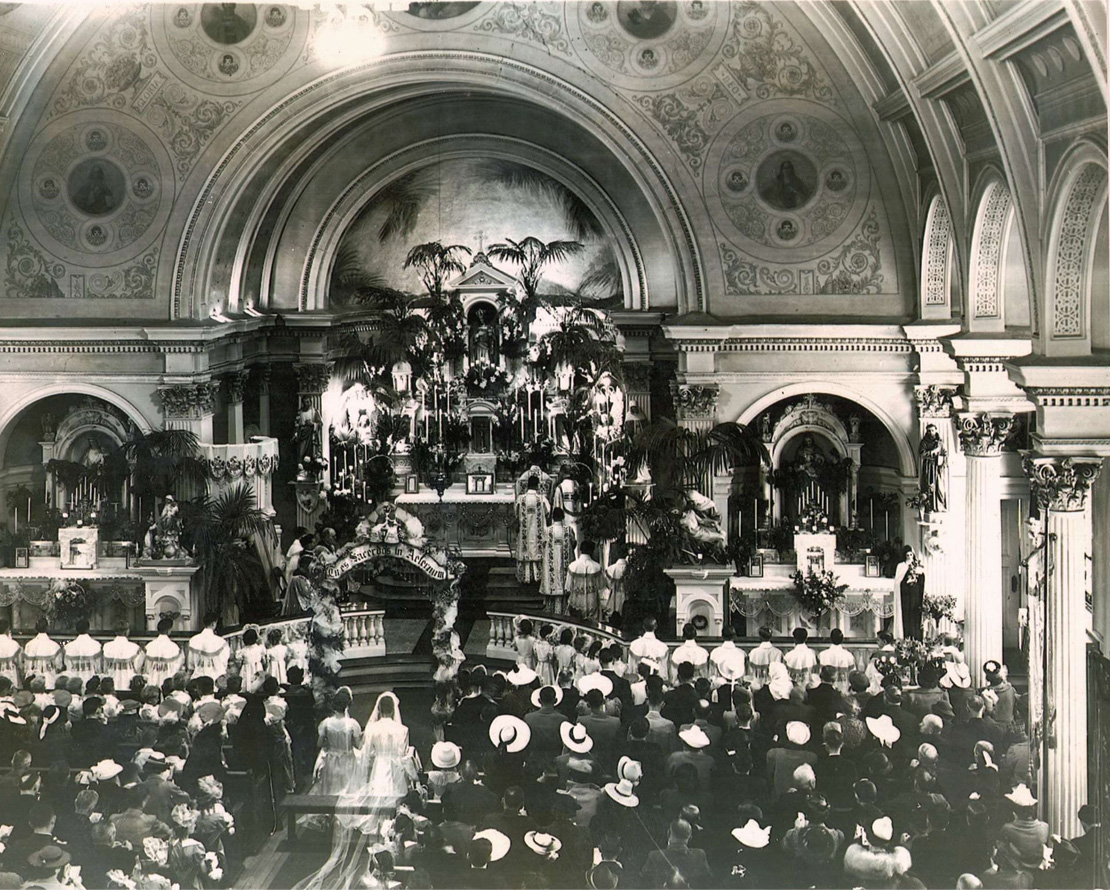 On  the Sunday closest to the March 4th feast of St. Casimir, the 10 am Mass at St. Casimir’s Church, St. Paul, MN has been a Polka Mass for many years. A Polka Mass is also celebrated on the first Sunday of October, to begin the annual parish festival. Different bands have led the Polka Masses; the last three Masses have featured Nathan’s Old Time Band, composed of young Polish-Americans who learned the Polish language very recently, to reinforce their heritage.  See the attached program of the Mass furnished by the band; one may google them on the internet.

Pope Francis, in his remarkable letter “The Joy of the Gospel,” has commented on both the positive and negative elements in popular religiosity and culture (#’s 68-69, 115).  Oblates are accustomed to a Jazz Mass at our Shrine of St. Jude in New Orleans, LA; Hispanics in Texas participate in Mariachi and Flamenco Masses. 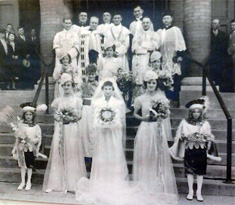 The recent Polka  Masses at St. Casimir’s have taken the place of popular religious customs which disappeared after the Second Vatican Council (1962-65).  One of these very unusual customs occurred at the First Mass of our Oblate Polish American priests of St. Casimir.  This past Jan.  23, 2014, we buried a long time parishioner, Harriet Maslowski, who had been a bridesmaid at the June 11, 1939 First Mass of her Oblate brother, John Maslowski (1913-56). John was the first American born pastor of St. Casimir’s, and the first native son to become an Oblate.  In preparing for Harriet’s Mass of Christian burial, we discovered the attached photo of the entire First Mass party,  on the steps of St. Casimir’s.  Note the bride, Harriet’s sister Agnes, who is now a Felician sister in Chicago, IL, Sr. Mary Agnes Maslowski OSF. Harriet is to our left, and her twin sister Irene, now living in Florida, is on the right of Agnes.  Both are bridesmaids.  Particularly interesting are the page boys, wearing wigs and scowls.  One carries the wheat for the Mass, and the other the grapes.  Fr. John is in the middle of the first row of priests; the archpriest, to our left, is unidentified.  (This role of archpriest at the First Mass also disappeared after Vatican II). 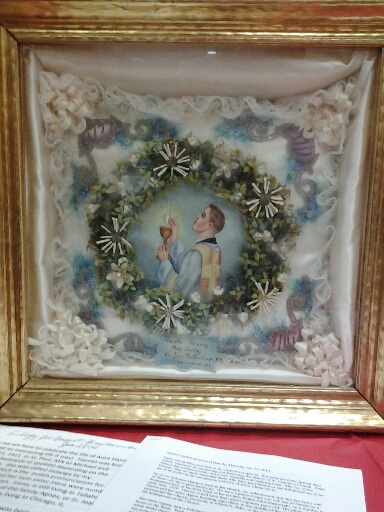 Note that the bride is holding a hand embroidered pillow with a wreath.  Presumably this was presented to the newly ordained priest.  Harriet kept that pillow and wreath in a lovely case in her room until she died.  It was recently presented by the family to St. Casimir’s Church.

Why a bride and bridesmaids?  It seems that the symbolism of Jesus as the groom and the Church as His bride is the basis.  The priest of Jesus is married to the Church, His bride, and the Polish Americans wanted to show this at the First Mass of the priest. It may also reflect a very basic belief that the priest’s family and he are as close as the bride and groom of a family.

One of the large rooms currently used for banquets, in our school, was called for many years “Maslowski Hall,” reflecting the importance of this family at St. Casimir’s.

So far, we have been unable to locate any written material about this custom of a bride and bridesmaids.  We welcome information about it.

Parishioners at St. Casimir’s look forward to Nathan’s Old Time Band leading us at the next Polka Mass, on October 5, 2014.  Old-timers have told us how proud they were to be a part of the custom of the bridal party at the First Mass.  May popular religiosity continue to strengthen our witness to the Gospel.