Brother Agustin COTÉ published in his monthly “News Notes” this letter he had received from Father Roberto DURETTE in late February. 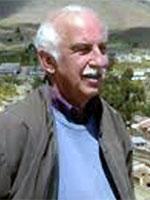 Here we are at the beginning of Carnival. Life takes on a different aspect until the Sunday of Temptation, that is, the first Sunday of Lent. There are many aspects of the Bolivian carnival depending on the different regions of the country. On the altiplano—the highlands where we are located—carnival is linked to the cult to Mother Earth. The ch’alla, as it is called in the Quechua language, is the main ritual during which one thanks the Pachamama (Mother Earth in Quechua)) for all that she has given us during the year and at the same time asks her for protection and her continuous blessing for the coming year. The ritual consists of showering the earth with alcohol, confetti etc. This has a profound meaning now that we are just beginning to learn how to respect nature and protect the environment.

According to Quechua and Aymara thinking (the two main Indigenous people of the altiplano) we are intimately linked to the Pachamama, we are part of her. If we destroy or damage nature, we are destroying ourselves in the long run. This is a far cry from what we learned before, that man is king of creation and thus has the power and right to use, abuse and dispose at will of God´s creation: a wrong interpretation of the Bible. The end results are contaminated rivers, destroyed forests, polluted air and people having serious health problems. One has to listen and learn from millenarian cultures.

Then there is the traditional carnival celebrated in the city of Oruro situated 50 miles from the mining town of Siglo XX where I am. The famous entrada (entry or beginning) is held on Saturday before Ash Wednesday. The main theme is the struggle between good and evil personified by the Archangel Michael on the one hand and Lucifer on the other. All of this is choreographed by dancers accompanied with appropriate band music. That is followed by a parade of more than 50 dancing groups wearing colorful costumes. Everything finishes in the wee hours of the night. The feast attracts tourists from many countries.

This year the rains have been very heavy and many parts of Bolivia are flooded at this moment. Over 60 people have died. Most of the flooding is in the lowlands of the country. Happily for us is that we are high in the mountains (13,000 ft. / 3,962 m.) With the help of our radio stations we are awakening the solidarity of our people so they can help those who are suffering the consequences of the flooding. Positive results! Last November the Bolivian Senate in one of its sessions in La Paz voted to give an award to our radio station for the work done in promoting democracy, human rights and development. It was a great day for all our communicators and also motivation to continue on.