By Danette M. Watt and phtos by Chris Malacarne 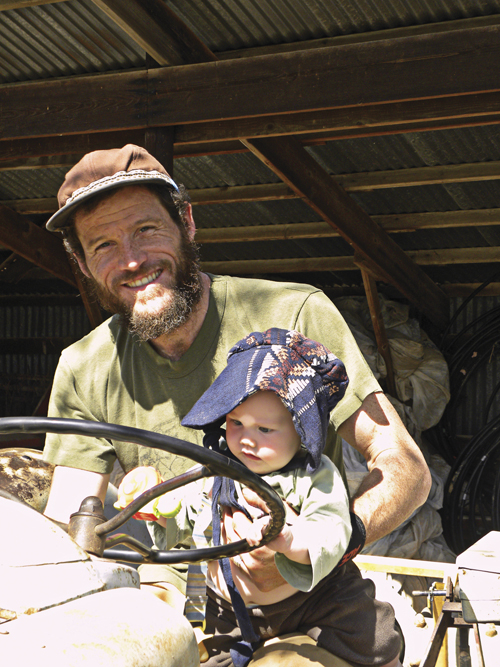 Eric and Crystal Stevens have taken their love of cultivating produce and budded it into something new. The couple have put down roots at La Vista CSA Farm in Godfrey, Ill.

Together, they tend the soil, nurturing seedlings and harvesting sustainably grown produce, all while raising their two young children—Cayan, 8, and Iris, 2.

Head farmer Eric, 34, oversees the day-to-day farming, while Crystal, 31, manages the greenhouse. A writer and self-taught chef, she also is the one who connects via the farm newsletter and website with community members who sign up to get a share of the harvest.

From Fine arts to Farms

Eric didn’t envision a farming life. He planned to go into the landscaping business after graduating in 2001 with a fine arts degree from Fontbonne University in St. Louis. He had been going to local farmers markets, and got more inter- ested in growing plants for food.

Beginning in 2002, Eric apprenticed three summers with Dave Whitman, owner of River Bottom Farm in Pearl, Ill. Similar in size to La Vista, Whitman sold his produce to restaurant chefs, at farmers markets and to 20 shareholders.

“There’s a craft involved in each step of farming and selling produce. That’s what I learned from these folks,” he says.

In 2008, Eric and Crystal moved to the Ozarks, where Eric worked with AmeriCorp Vista as a food development associate. Tasked with installing a community food garden, he hosted work- shops and demonstrated how to prepare the in-season vegetables.

“I was literally picking tomatoes and peppers that morning and preparing them at the market,” he says.

Eric was hired as head farmer for La Vista in February 2010. He says the job has been challenging at times, but rewarding. And Crystal agrees, adding that the hard work they put in offers them a personal satisfaction. 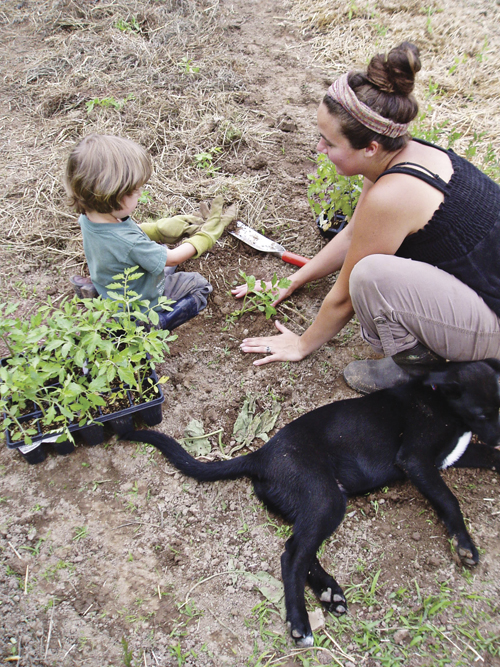 A master herbalist, Crystal has also planted a medicinal herb garden on the property.

“I like that I have a dozen medicinal herbs that can be dried and used for creams, balms, tinctures. It’s like stocking our own medicine cabinet,” she says.

The couple say they have fully embraced the farm life. They live on the property, and their creative endeavors have grown naturally from their surroundings.

Eric creates woodcut prints inspired by plants and the beautiful natural scenery around the family’s home.

Since arriving at La Vista, the Stevenses have introduced shareholders to gourmet vegetables, including rainbow beets and edible flowers, while growing more traditional crops, such as carrots and potatoes.

They often grill vegetables outdoors over an open fire, and prepare meals in a cob oven Eric made.

“We love to feed our kids gourmet foods. I know it sounds pretentious, but to us gourmet is healthy foods with ingredients you can pronounce,” Crystal says.