The agreement between the Philippine government and the “Moro Islamic Liberation Front” rebel group, signed on March 27, generates new hope but has to truly be “a harbinger of peace, justice and development”: This is what was said to Fides Agencyby the Philippine Province of the missionary Oblates of Mary Immaculate, which has been present in the south of the Philippines for 75 years. 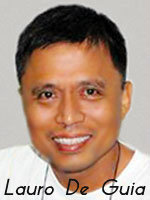 In a message sent to Fides, Fr. Lauro DE GUIA, Provincial Superior of the Philippines, expressed the hope that the agreement “leads to an era of harmony and development”. “With patience, sacrifice, goodwill, trust and dialogue, agreements can be made that create strong ties between groups with different backgrounds and interests”, he said. The Oblate missionaries support the “spirit” of the agreement, in particular the recognition of the legitimacy of the “Bangsamoro” people’s cause, and their aspirations to autonomy through a democratic process; the aim of finding a solution to their demand for justice and dignity; the aim of putting an end to the fighting between the government and the MILF and promote peace and stability; the parties’ commitment to protect and promote the rights of all the inhabitants of the Philippines in the South.

The missionaries noted: “We are fully aware of the fact that an agreement will only work if it is implemented. We therefore call on all those interested to live up to their commitments, respecting the principles declared”. In particular, it calls for “mutual respect for the right to one’s own identity, to continue dialogues and consultations, the establishment of a truly democratic and representative local government of the diversity of the population”. The Oblates also ask that the agreement be extended to other members of the Islamist rebel groups on the ground, such as the Moro National Liberation Front, in order to define the agreement “genuinely inclusive”. “We commit ourselves to continue to pray, to study and to work in support of the peace process”, concludes Fr. De Guia. (Fides Agency, 28 March 2014)