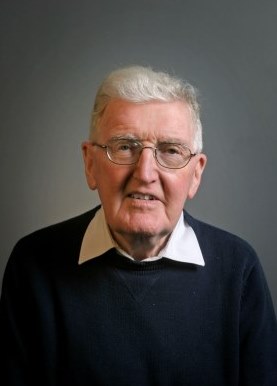 Only those of us who are aging will remember the rhythm of daily common prayer in Oblate communities prior to the adoption of morning and evening prayer from the divine office. It is still worth recording because it shows us one of the ways in which St Eugene wished to express the congregation’s call and spirituality. Eugene wished his companions to be one in mind and heart and the daily prayer in common was crucial to this. As we approach his feast, it is good to recall the part which he attributed to common prayer in creating a shared communion in Christ and in his mission.

The day started with the recitation of morning prayer as still found in the updated Oblate Manual of Prayer. In general all were expected to attend, be they few or many. Not that this was rigorously enforced over time; it is recounted that one apostolic visitor from Rome announced on arriving in a community that he would be too tired to join them for morning prayer. The superior warned the others that this was a trick and sure enough he was there in his place the next morning but so were all the others. Nobody was caught out.

In putting together morning and evening prayer, De Mazenod drew on the Sulpician tradition which he had known in the seminary. The prayer was Christ-centred, evoking the remembrance of Christ as Priest in offering his sacrifice. It was Trinitarian in the expression of communion through Christ and the Spirit with the Father, but also in its address to each person in particular. The address to the three was focused through acts of adoration, thanksgiving, repentance and self-offering.

Now that we are accustomed to following the Divine Office, we may still nurture a similar sense of prayer.  As Augustine put it in his commentaries on the psalms, the prayer is offered to Christ, or through Christ, or with Christ present in his body, the Church. It is also apparent that psalmody is rich in prayers of divine acclamation, of adoration, thanksgiving and commitment to the sacrifice of daily life and of thanksgiving.

For the meditation which followed vocal prayer, though he was not tied to it being somewhat eclectic, De Mazenod was inspired by the Ignatian method learned from the Spiritual Exercises. He recommended that his followers draw from Gospel scenes and the kind of picturing of events, or the setting of place, recommended by Ignatius. However, he joined this method with the Sulpician by advising acts of adoration, thanksgiving, repentance and self0ffering evoked by the passage remembered and imagined. The Ignatian method drew on scenes from the Gospel, and advised a setting of place and evocation of scene, attentive looking and hearing. This serves as prelude to the Sulpician acts, which then emerge from meditating on the Gospel scene.

This could take on a contemplative dimension through an image or a word that one kept in mind during the day and serving also to inspire the daily examination of conscience. This allowed a constant sense of God’s presence, continuous prayer of the spirit, an abiding communion with Christ in all things lived and done.

As a novice I received little enlightenment on the examination of conscience which remained a puzzle to me. However, I later learned that for De Mazenod it was a complement to morning prayer and was introduced by a reading from the Gospel. This could well be a passage from the Gospel taken for morning meditation. The examination complements the acts of morning prayer, especially through eliciting a sense of election (chosen by God, one chooses), a sense of repentance and a desire for conversion.

In turning to the Gospel passage, one considers oneself and one’s behavior in its light and in the light of a sense of vocation. It is recommended that the person focus in this examination on some conversion/change that he sees (with the aid of a spiritual director) necessary to spiritual progress. The person keeps a written instrument to keep track of fault and of change.

The procedure is as follows:

-I place myself in Christ’s presence, renew my commitment to follow him, and confess my fault, asking for the grace of the Spirit

-I review the last 24 hours and ask in honesty how many times I have transgressed in this way.

-The advice of Ignatius of Loyola, which was long followed in OMI novitiates, was to mark this in a journal

-I conclude by an act of sorrow and an act of thanksgiving, addressed to God or to Christ

-Since the time of Eugene de Mazenod, Oblates have traditionally ended this examen with a prayer to Mary and a litany of saints

This form of common prayer is not now common among us, but the practice of examination of conscience (or discernment of spirits) has to be part of the spiritual life and we can still be inspired by St Eugene’s thoughts on the matter. St Eugene all his life had an acute sense of being a sinner, in a way that may sound exaggerated to our ears, but he also had a refined sense of divine mercy.

For De Mazenod, more than  anything else it was this oraison which held the members of the congregation together, even though scattered across the world. Done before the Blessed Sacrament, and therefore in Christ’s presence, it was meant to be a prayer of intimate communion with Christ (perhaps centred in his Eucharistic offering), done in the communion of a local community, through acts of adoration, self-surrender, and petition. The sense of communion with Christ was to encompass the communion which all Oblates have with each other. St Eugene in his letters to far flung Oblates wrote often of how he felt one with them at this time of day and of how he prayed for them and for the needs which they made known to him in the courier which he so strongly encouraged.  Being of one mind and heart across the world meant keeping in touch, carrying one another’s burdens, and putting all into the hands of Christ.