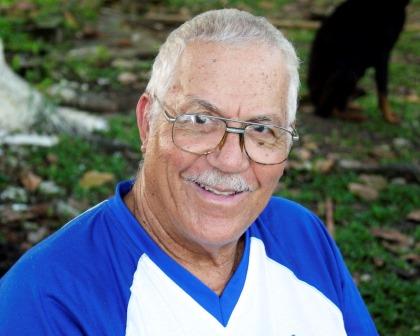 In February the Missionary Oblates celebrated the 50th anniversary of their ministry in Recife, Brazil. More than 1,000 people gathered for a special Mass to celebrate the occasion. One of the celebrants was Fr. Ed Figueroa, O.M.I. Father Ed has been part of the Recife mission for the entire 50 years. “I guess the good Lord wants me to stay here in Recife a little longer,” said Fr. Ed, who at age 81 still oversees the operation of a children’s home and a school for disabled children in Recife.

When the first group of Oblates arrived in Recife they chose to serve the people living in one of the city’s poorest favelas, Brasilla Teimosa. The Oblates were embraced by the residents for their humility and 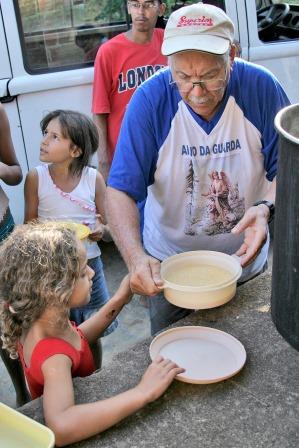 compassion, but made enemies among the ruling military dictatorship because of their efforts to seek justice for the people. During those early years Oblates were imprisoned and tortured for speaking out against the government. Two Oblates were expelled from the country, fleeing in secrecy for fear of their lives. The Oblates did have one staunch supporter in Recife, Archbishop Dom Helder Camara. A finalist for the Nobel Peace Prize, Archbishop Camara brought international attention to the plight of the poor in Brazil. The archbishop partnered with the Oblates on numerous outreach ministries to Recife’s poor. In 1980 Archbishop Camara received a donation of a large home. He immediately gave the home to Fr. Ed and told him to put it to good use.

Father Ed, along with two Brazilian religious sisters, created the Community of God and Our Lady, a home for former children. Over the years Fr. Ed became the adoptive father to 50 children. “This is their home, not an orphanage,” said Fr Ed. “When you see these children out on the streets starving, you just can’t say no. You have to save their lives.”

In 1999 the community opened Guardian Angel School for disabled children, which Fr. Ed still oversees. Most of his students had never been in school before. For 40 years the Recife mission was a ministry of the U.S. Oblates. As the mission steadily grew and became more independent, the U.S. Oblates gradually relinquished responsibility for the mission. In 2003 the mission was formally turned over to the Oblates’ Brazil Province.

Attending the 50th anniversary celebration in Recife were two Oblates representing the U.S. Province. Father David Kalert, OM.I. was a U.S. Provincial when Recife was a U.S. mission. Father Lou Studer, O.M.I. is a former Director of the Missionary Association of Mary Immaculate which raised much of the money to operate the Recife mission. “Our ministry with the people of Recife has been one of joy and blessings,” said Fr. Studer. “The provincial of Brazil expressed gratitude for our dedication and hard work over these 50 years, and assured the people of Recife of the Oblates’ continued presence among the poor.”