By Tembo Michael, OMI  who is doing a summer internship at the Oblates JPIC office in Washington DC. He reflects about the global issue of Immigration and how Missionary Oblates are responding. 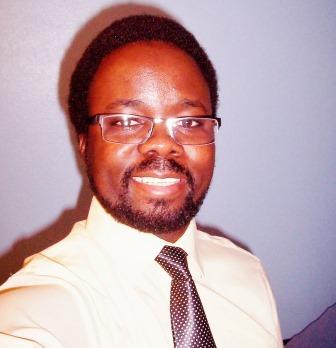 The struggles and challenges of migrants is a global issue. Each country is responding in each own way. Other countries are adopting policies that are friendly to migrants. Other nations are passing laws which anti-migrant. However, one fact remain today more people are on the move from their countries of origin. People are moving for varies reasons including to escape war, violence especially religious conflicts, to reunite with families and for economic reasons. If this is reality, how are we called to respond as Missionary Oblates?

Certainly our voice cannot be silence on issues affecting our fellow human beings especially immigrant families. We are called upon to pledge ourselves to work with everyone. Can we be the voice of the weak on issues affecting them? How do we as Oblates respond to laws or policies, which negatively impact migrants in our midst? Looking with the eyes of our Founder St. Eugene De Mazenod, immigrants and refugees are the vulnerable and poor.

Today we are faced with some many issues that affect many poor people yet we focus on one thing and neglect the other. This month, everyone is focus on who is going to win the world cup and yet many people in many parts of the world are suffering.

Can we be the voice of the weak on issues affecting our beloved brothers and sisters? Yes! We have to be the voice and their voice. This is so because “The joys and hopes and the sorrows and anxieties of the people today, especially of those who are poor and afflicted [immigrants], are also the joys and hopes, sorrows and anxieties of the disciples of Chris, and there is nothing truly human which does not also affect them” (Gaudiam et Spes, no. 1).

As Oblates, I believe that the above mentioned caption is central to our mission, that is, being with the people who are on the margins. Can we as Oblate also affirm this stance? Yes. Like Bishop Evans C. Chinyemba OMI, Bishop of Mongu diocese in Zambia affirmed:

“I pledge myself to preserve unity in the Church [and the world]. [Our] role is to animate and shepherd…. Our voice on the issues [affecting our people] will never be silenced. The Church’s voice will always be sound and clear when it comes to issues of Justice, Peace, reconciliation, morality, development, economics, education, health, and other issue… When we come face to face with [laws and policies that restore the dignity of our fellow human beings,] we shall not hesitate to tell [others]. … We can no longer live together separately.” (Ordination Speech, May 28th 2011).

Having been home and foreign missions, I have come to realise that human beings by our very nature will always want to seek ways that will promote our wellbeing. Again, human beings will always categories each other and set rules and laws on who should be part of their inner cycle. We also have a natural tendency of pointing out ailments of others and hide their own. But nepotism is the ailment present in all of us. We either side with the haves and have nots. But we have to live in tension. 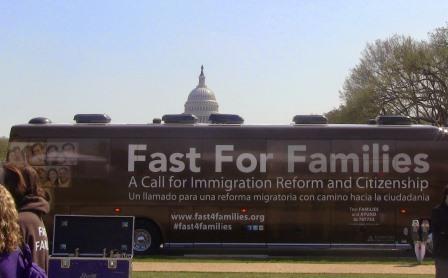 When I was growing up, the laws of the society protected us. As a consequence, I believe immigration laws and policies are meant to do the same. But the opposite is true, these laws, in most cases do favor the haves and disregard the have nots.

The immigration laws and policies insofar as they are meant to protect and preserve our being, the opposite is true. These laws and policies have a ‘nepotistic’ mark, that is, the mark of promoting the deemed useful and negating others. This is true in many places I have been too. Those who are weak in society are negated and if taken into consideration, it is because they have been deemed useful as means to an end.

In many places I lived in, Oblates have a deliberate attitude, that while aware of this global pandemic, that is, nepotism, they do ministry with those favored and less useful; those who make policies and those who are affected by the policies. They work with those who make policies that affect those who are deemed useful or less useful. This is in line with the OMI charism, the minister and those ministered to are both changed by the experience of the other. I can further ascertain that the Oblates have taken a deliberate move to be the moon that shines in the darkest moments in the lives of those affected rather than be the sun that wants to be the sunshine in the life of those already in light.