The state of Illinois’ most rare, natural areas are protected as preserves by the Illinois Nature Preserves Commission (INPC). These areas are almost all that is left of the way Illinois looked in the early 1800’s. Established in 1963, the INPC was the first in the nation.

It comprises a system of nature preserves, places of statewide significance. This Commission works with owners of natural areas to preserve the natural areas left in Illinois. These are dedicated exceptional places. Illinois is forty-ninth out of the fifty states in having natural lands; less than one tenth of one percent of the landscape remains as it did when first settled. These are the last remnants of Illinois’ wilderness.

The INPC has twelve staff “stewards” or field representatives who visit the preserved lands throughout the state and help establish goals with the landowners. They are to maintain contact with the dedicated preserves, do education by providing talks and field trips and training volunteers.

After getting instructions from Debbie and picking up metal posts, signs, and a 55 pound post driver, we set off around noon. As a group we would try to spot the marker left by the surveyors. “I found it!” became a welcome and fun cry. We’d then gather around and watch as someone drove the post into the ground. Then Debbie attached the sign. It doesn’t sound like a big deal, but scouting the markers and doing the work became a magical time of “playing” in the lovely preserve.

Throughout our jaunt through the woods, Debbie instructed us as she made close observations of the preserve. She indicated that there are many fine old trees along with wildflowers and a small bluff prairie. However, the Japanese honeysuckle is eliminating diversity on the forest floor, and the towering sugar maples are crowding out the oaks and hickories. Removing the honeysuckle will be part of the management plan she is preparing.

During our time in the preserve we scared a fawn which quickly righted itself on spindly legs and headed down the driveway. We also identified a large broad-headed skink on a tree trunk and spotted a lovely Eastern box turtle on the forest floor. Debbie also pointed out quite a lot of yellow wildflower called wingstem. Once the honeysuckle is removed, many more native plants will show themselves.

We completed setting about 2/3 of the posts which are set 300 feet apart, according to law. We faced them in the direction from which visitors might approach the area. In one part of the preserve we found quite a lot of trash, especially glass, but also tractor parts. I plan on organizing a group who would volunteer their time to help remove some of this lighter debris, honoring this special place of wilderness, beauty and serenity. 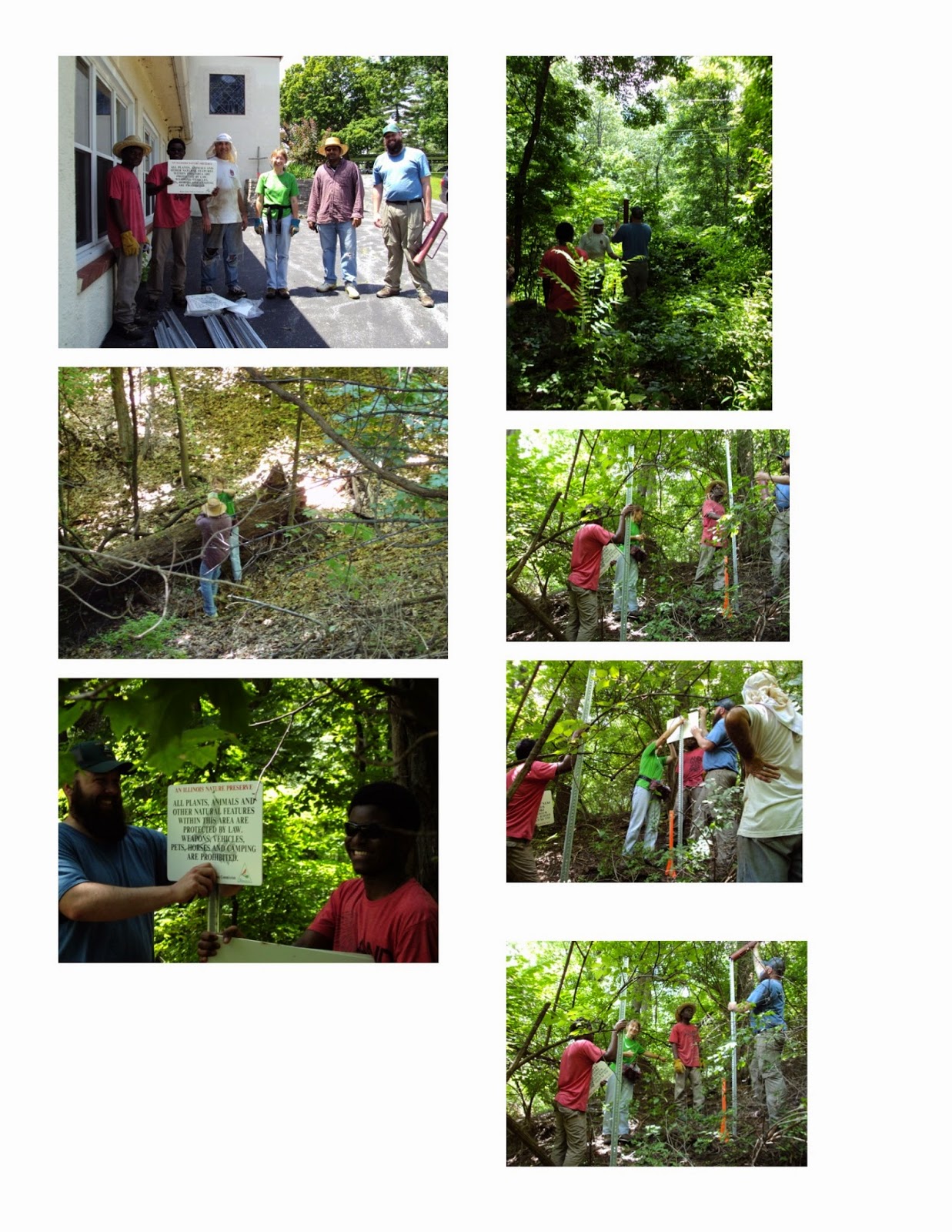 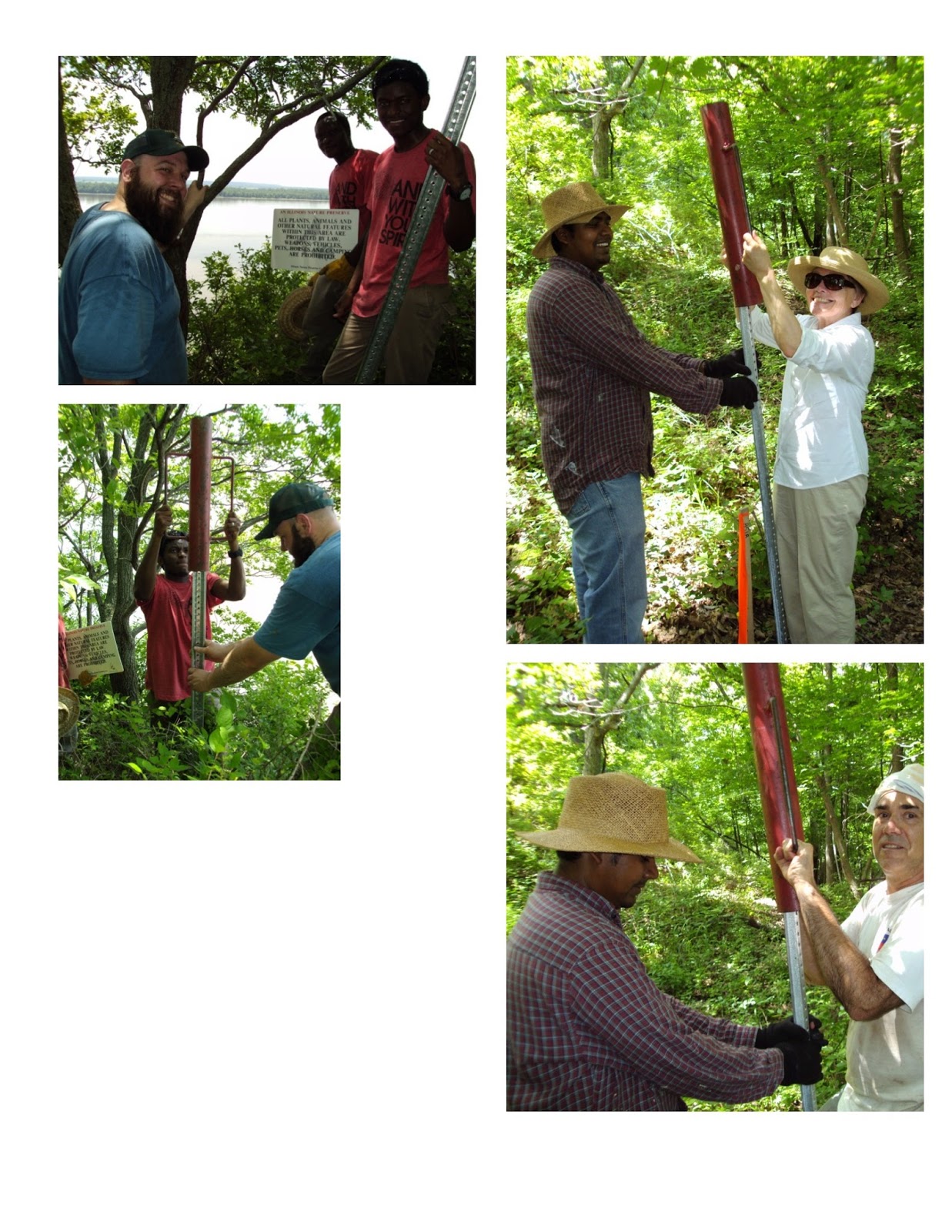