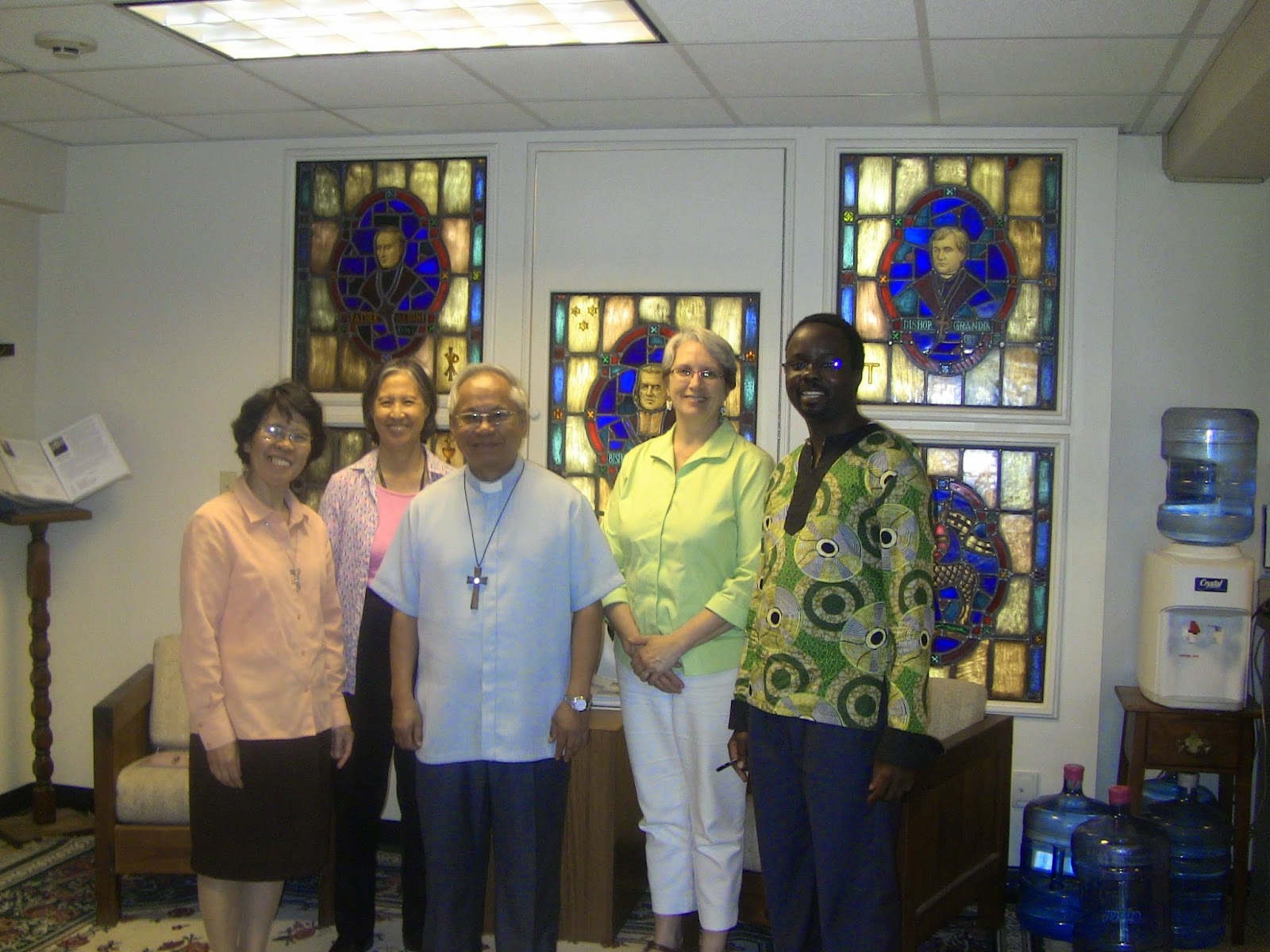 Cotabato Archbishop, Cardinal Orlando Quevedo, OMI recently spoke with the Oblate JPIC staff about hopes and challenges of missionary work in the Philippines. Cardinal Quevedo is known for his involvement in the Peace Agreement which was recently signed between the Government and Moro Islamic Liberation Front.
In the midst of all these factions, Cardinal Quevedo OMI’s main concern is the plight of the poor and his desire that the oppressed indigenous people have a dignified and respectable lifestyle. He has been calling on Government leaders and all people of good will to care for the vulnerable members of the society, and to change priorities. As a pastoral leader, Cardinal Quevedo feels the main concerns for the Church in the Philippines and the rest of the world should be the eradication of poverty and  injustice and seeking peace.
On the issue of mining in Mindanao, Cardinal Quevedo told the Oblate staff, “I want confirmation that mining companies do not destroy nature; are not hazardous to humankind and creation, and that there is a transparent relationship among people, especially those who make mining policies and those who are affected by the policies.”
From the Cardinal’s perspective, the global village is in need right relationships and this is only possible when we are obedient to God’s call by deliberately calling on those in leadership to set up structures to eradicate poverty, and societal imbalance in the world. Leaders in Government and all people of goodwill are to strive for right relationship, that is, a relationship that produces life, justice and peace.
In his concluding remarks, Cardinal Quevedo, OMI appealed to stakeholders in Governments to make priorities that are aimed at restoring human dignity, reducing poverty, combating corruption; and bringing infrastructure development to vulnerable communities.  As a pastoral leader, the most common requests Cardinal Quevedo receives from people are for need for hospitals, clean water, food, housing and good paying jobs. This call to help by Cardinal Quevedo OMI is a call to everyone.
Tweet