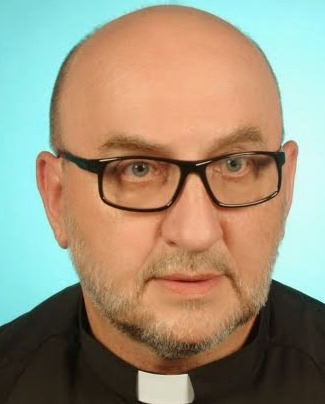 On 23 July 2014, Pope Francis accepted the resignation from the pastoral care of the diocese of Zé Doca (Brazil), presented by Bishop Charles Ellena, in accordance with can. 401 § 1 of the Code of Canon Law.

The Holy Father appointed Bishop of the Diocese of Zé Doca Father Jan KOT, until now the pastor of the Sagrado Coração de Maria Parish in Campo Alegre do Fidalgo, in the Diocese of São Raimundo Nonato.

Father Kot was born on 10 May 1962, in the city of Makow in the Diocese of Kraków (Poland). He made his religious vows on 8 September 1986 in the Congregation of the Missionary Oblates of Mary Immaculate and was ordained a priest on 20 June 1992.

After his elementary studies, he attended courses of philosophy and theology at the Oblate Scholasticate in Obra, Poland. In addition, he obtained a Licentiate in Church History at the University Rybnik, Poland.

In 1994, he was assigned to the missions in Brazil (at that time, to the Recife Delegation attached to the former Central Province of the United States). In the course of his priestly ministry has held the following positions: assistant priest in Siedlce, Poland (1992-1994); pastor in Jussarval, Archdiocese of Olinda and Recife (1995-2000); pastor of Vitória di Santo Antão, Archdiocese of Olinda and Recife (2000-2005); Provincial Councilor (2003-present); Since 2005, he has been pastor of Sagrado Coração de Maria in Campo Alegre do Fidalgo, Diocese of São Raimundo Nonato.

The Diocese of Zé Doca is located in Northeastern Brazil in the State of Maranhão. Of the approximately 319,000 inhabitants, 91.5% are Catholics. In a 2010 census, there were 20 diocesan priests and two religious priests, nine religious men and 14 religious women serving 16 parishes. Bishop-elect Kot’s ordination is scheduled for October 18, 2014.