Article by Will Shaw,  Photos Provided by MindsEye

Secretary of State and State Librarian Jesse White has awarded $364,530 in Radio Information Service (RIS) grants to 11 radio stations in order to ensure that residents who are unable to read standard print material due to a disability have access to information published in newspapers and magazines.

“By providing audio versions of printed material, residents who have visual or physical disabilities are able to access printed information for educational, informational and recreational purposes,” said White.  “The service allows people to remain engaged in their communities by providing detailed local and regional reporting usually only found in print or on the Internet.” 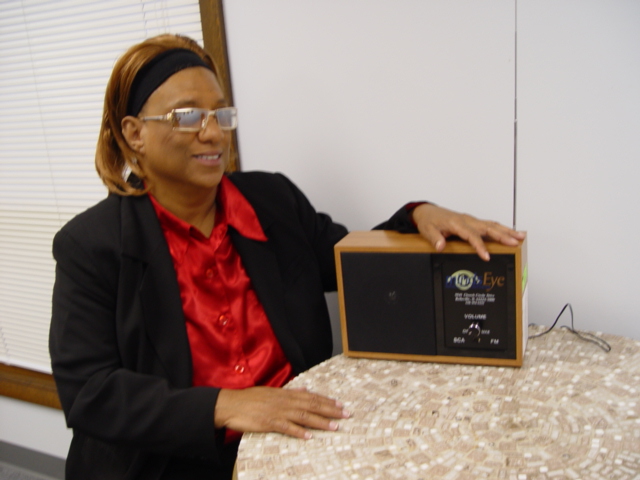 MindsEye is located on the grounds of the National Shrine of Our Lady of the Snows in Belleville, Illinois where it was founded by Oblate Father Boniface Wittenbrink in 1973. Currently, some 13,000 individuals have access to their programming aimed at the sight-impaired via closed circuit radio sets (provided free of charge) or through internet access, and most recently, MindsEye is now available on “iBlink” a mobile phone app for Apple or Android Phones.

“This grant is one of our financial pillars representing about 10% of our budget, “ said MindsEye Director, Marjorie Williams. MindsEye received the second-largest grant out of the eleven recipients, most of whom are affiliated with state colleges or universities. “This annual grant was actually the idea of our founder, Fr. Boni Wittenbrink,” said Williams. “Back in the 1980’s, Fr. Boni got the idea

that the state should help fund radio service for the blind and sight-impaired, he started with a local state representative and over time spent hours and hours waiting in the offices of public officials to get a bill introduced and passed in the legislature.”

To continue providing its service, in addition to grants, MindsEye sponsors a number of creative fund raisers, most recently they held their 8th Annual “Beepball” tournament. “Beepball” is a softball game where all players except pitchers and catchers are blind-folded, when a player hits the ball, the bases “beep” so the runner must find the base through hearing rather than sight. The ball also “beeps” and if the blind-folded fielders pick it up before the runner makes base, the runner is out. 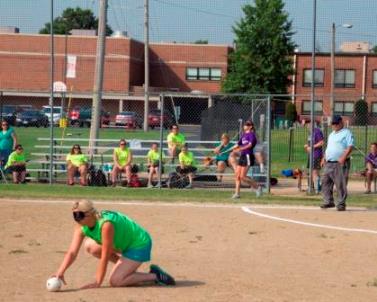 This year, MindsEye set a “Beepball” world record for team participation with 22 teams. The mostly sighted teams were made up of individuals who participated for various reasons. Some to pay homage to loved ones, others to network, and some participated to gain awareness about the population that MindsEye serves.

Proceeds from this event and others benefit MindsEye- the Virtual Newsstand so the organization may continue a 40-year tradition of free radio and internet broadcasts of current newspapers, magazines, books and retail circulars read by the 7 staff members and over 200 volunteers to St. Louis-area residents who are blind, have low vision or are print disabled.  MindsEye is a proud United Way member agency.  For more information about MindsEye, visit www.mindseyeradio.org.