On 26 July, Pope Francis made a quick trip to Caserta, a city not far from Naples. While there, he had a private visit with the priests who serve in the diocese, among them Oblates from the town of Maddaloni, just a few kilometers from Caserta. Fr. Giovanni SODDU tells us of some of the brief exchanges that took place between the Oblates and Pope Francis:

“I know you and I admire you,” said the pope to Fr. Antonio CICCONE when the Oblate told him the name of his religious family. 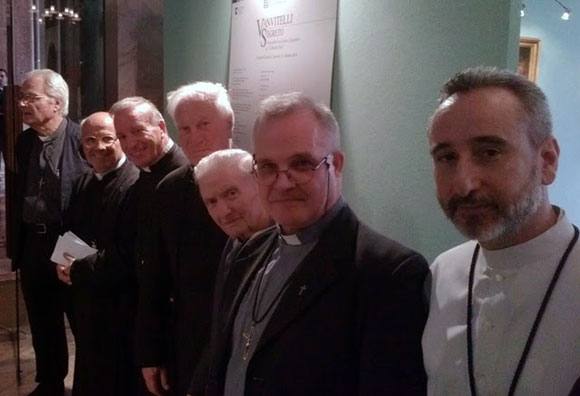 Fr. Claudio BERTUCCIO, a missionary in Thailand, was there in his white cassock. When Pope Francis asked him about that, Fr. Claudio explained that he has been a missionary in Thailand for 21 years. The pope told him that he too had a cousin, a Salesian sister, working in that country. He was surprised to learn that Fr. Claudio knows her. Then he told Fr. Claudio that he knew the Oblates in Argentina. “In Argentina, in Buenos Aires where I was bishop, you had a parish, a beautiful parish, but because of the shortage of vocations, you had to leave it and we took it over. But it was all done well, in full agreement.” He added that the Oblates are doing beautiful work with the poor in Argentina. 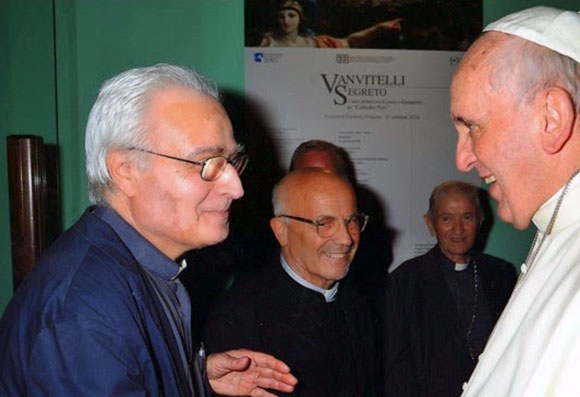 Fr. Giovanni Soddu promised to pray for the Holy Father and his ministry. Fr. Renato CICCONE was standing there, leaning on his cane and holding his rosary. When the pope learned that he was 92 years old, he placed his hand on the Oblate’s head and gave a special blessing. Fr. Tonino CAMELO told the pope that he works with the sick in a hospital and he had some letters for the pope written by the sick. “The sick….take them my greetings and by blessing,” said Pope Francis.

Fr. Aniello RIVETTI said, “The nicest thing was when the pope greeted each one of us; at that moment, it seemed as if the others were not there, he was there only for us; at least for that moment, for the pope, only I was there.”

The last one in line was Fr. Vincenzo SGAMBATO who said: “I am 75 years old. I had never seen a pope from so close. It was a most touching moment. When I kissed his hand, I told him thanks and that I too am an OMI.” “Good for you!” he said.